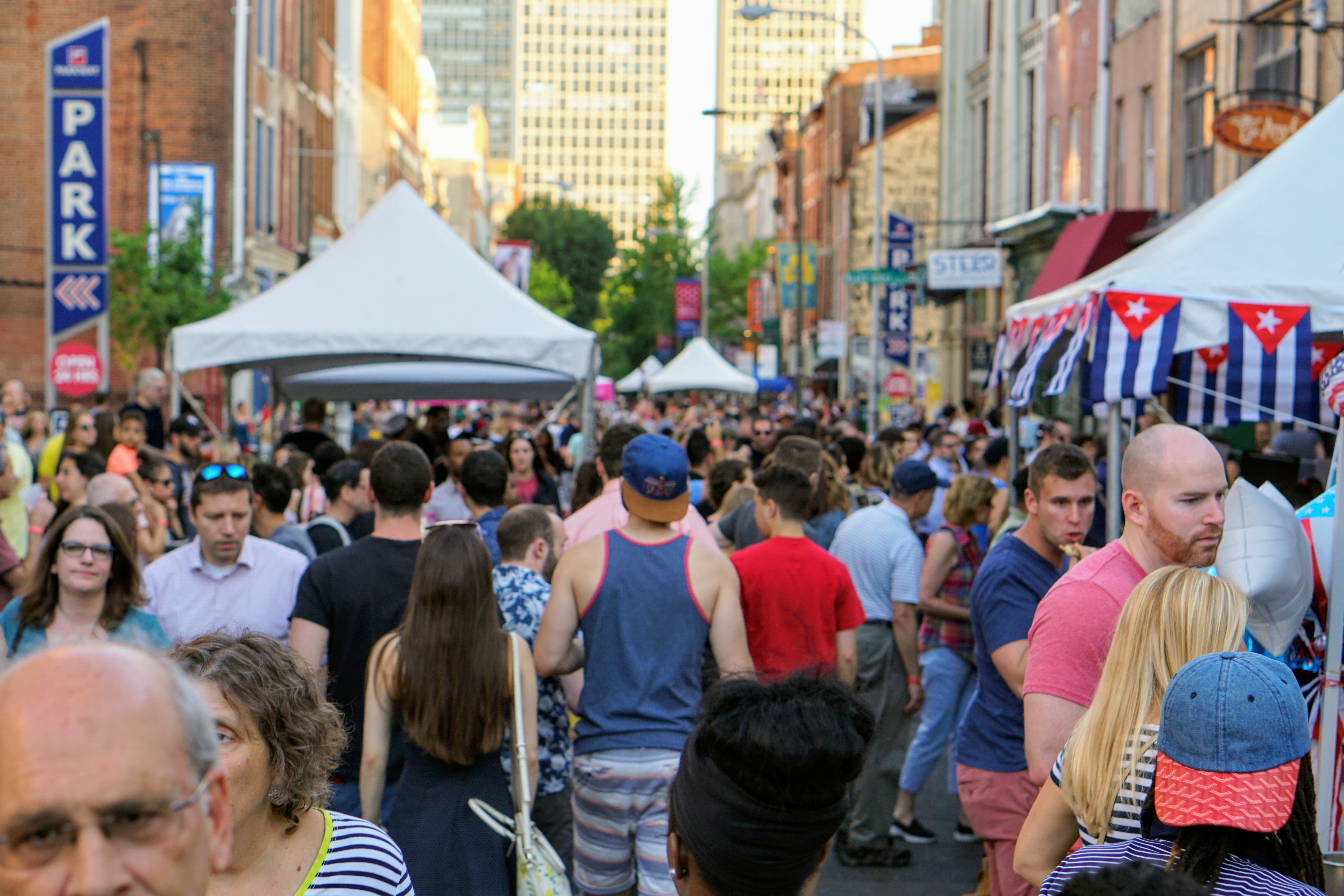 Old City District showcases its thriving dining scene with the return of Old City Eats! Old City Eats kicks off on the First Day of Summer, Thursday, June 21, with the Old City Eats Block Party on 2nd Street between Market and Chestnut Streets from 5:00-9:00pm.  This includes an expansion into the parking lot on 2nd Street with even more food and entertainment in 2018!

The outdoor Old City Eats Block Party will feature over 20 Old City restaurants.  Stroll 2nd Street and enjoy live music as Old City showcases a wide variety of styles and flavors while highlighting some of the neighborhood’s best food and drinks! Enjoy the sounds of the Nick Salcido Trio performing live jazz at Sassafras, John McGillin & Friends playing Irish tunes at the Plough & the Stars, and DJ Decybals joined by dancers from AlgoRhythm Studio at Cuba Libre bringing some Latin heat! Plus, the just-opened Nauti Mermaid Crab House + Piano Bar will bring dueling pianos for some lively and interactive sing-a-longs.

“The Old City Eats Kickoff Block Party celebrates the start of summer with Old City’s incredible lineup of dining options,” said Old City District Executive Director Job Itzkowitz. “Grab a bite, a drink, and enjoy the tastes of Old City while taking in some amazing music! The block party is back for a second year to kick-off our successful summer-long program Old City Eats.”

Starting the night of the Kickoff Block Party, Old City Eats runs every Thursday through August 30, 2018 from 5:00pm to 8:00pm. More than 25 participating restaurants and bars will offer at least one half-priced small plate and at least one $4 beer featuring Penn Beer and one $5 cocktail featuring Faber Liquors.

Old City Eats spotlights the best of Old City’s culinary scene all summer long, that now includes over 80 restaurants, bars, coffee shops and other eateries. Old City Eats weekly happy hour features food, cocktails and atmospheres that that will appeal to every taste.

Offerings are designed to appeal to neighborhood locals, to business people looking to enjoy sips with their co-workers, and to visiting tourists exploring America’s most historic square mile.

“Our focus for Old City Eats is spotlighting the neighborhood’s impressive and evolving list of dining options,” said Old City District Executive Director Job Itzkowitz. “With more than 25 restaurants and bars participating, there’s something to appeal to every palette, including Italian, Cuban, Mexican, British and other global cuisines. We have as diverse of a culinary scene as anywhere in the city! Whether you visit an old favorite or experience something new, Old City Eats will take you on a culinary journey that will last all summer long.”

PENN MUSEUM’S ICONIC EGYPTIAN SPHINX TAKES A “STAYCATION” BEGINNING JULY 9
Get Out Your To-Do List Because We Handpicked 17 of the Hottest Events In July!