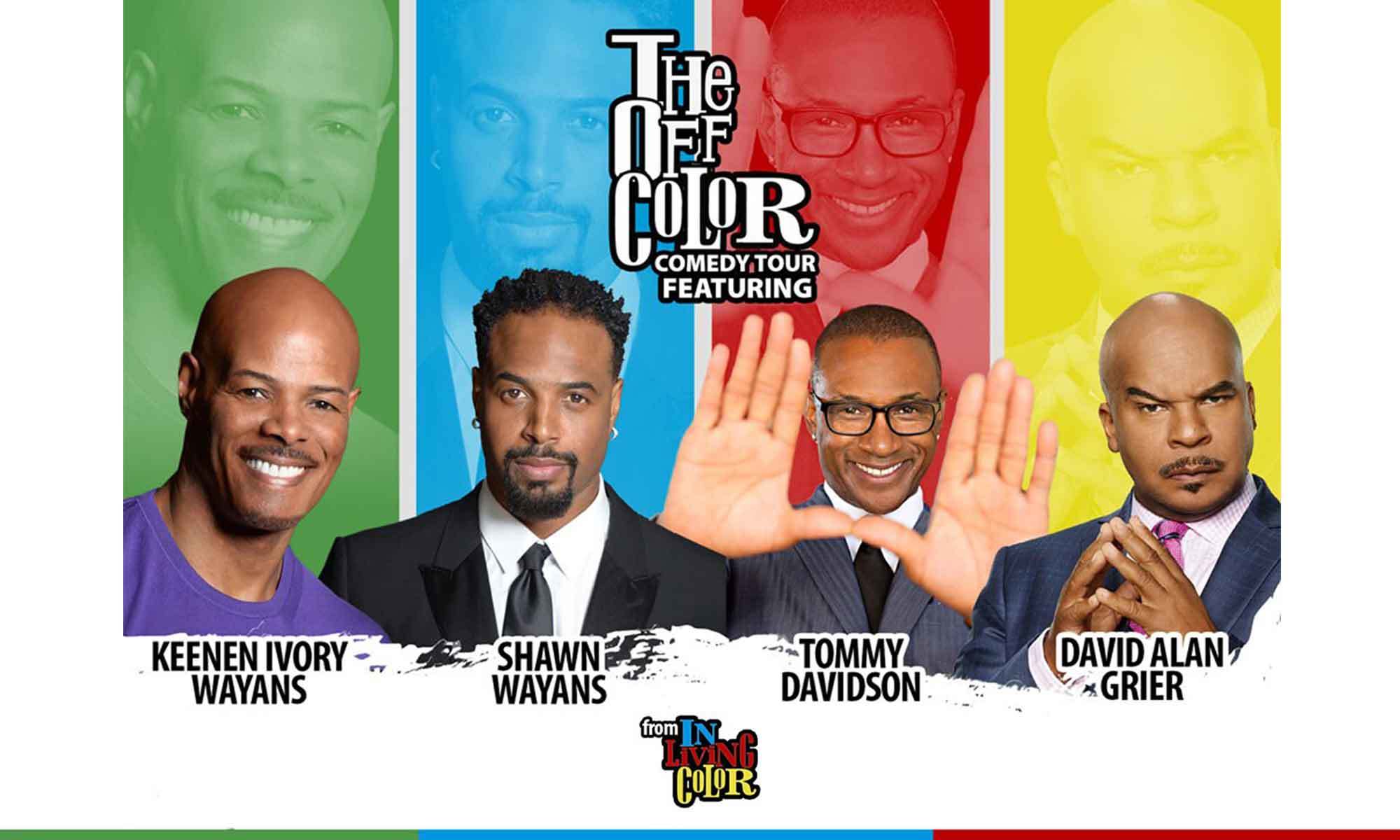 Four comedy legends from stage and screen will bring the laughs to Parx Casino®, Pennsylvania’s #1 casino. ‘In Living Color’ creator Keenen Ivory Wayans will host The Off Color Comedy Tour on Friday, June 8, 2018, featuring fellow comedy stars Shawn Wayans, Tommy Davidson and David Alan Grier. The alum of the Emmy Award-winning hit 90’s comedy sketch series will bring the laughs for one night only to the new Xcite Center at Parx, located at 2999 Street Rd, Bensalem, PA 19020. Doors open at 7:00pm, with the show starting at 8:00pm.Tickets for this show are $45-89 and are available now at the box office or by visiting www.parxcasino.com.

Beyond the realm of ‘In Living Color’, Keenen Ivory Wayans is known for his work especially as a producer and director in films including ‘White Chicks’ and both ‘Scary Movie’ and ‘Scary Movie 2’.

Shawn Wayans starred in the box office hits ‘Little Man’ and ‘White Chicks’, both of which he also co-wrote and co-executive produced. Shawn also created and starred in hit 90’s sitcom ‘The Wayans Bros.’ and crime comedy film ‘Don’t Be a Menace to South Central While Drinking Your Juice in the Hood’. Shawn began co-writing his string of blockbusters with ‘Scary Movie’ where he also played the character Ray. Co-written, co-executive produced by and starring Shawn Wayans, ‘Scary Movie 2’ was the only sequel in the ‘Scary Movie’ franchise with direct Wayans involvement.

Tommy Davidson has three Showtimes specials: ‘On Strength of New York’, ‘Illin’ in Philly’ and ‘Takin’ it to DC’ as well as film credits including ‘Strictly Business’ (opposite Halle Berry), ‘Ace Ventura II: When Nature Calls’, and many more.

David Alan Grier helped to create some of In Living Color’s most memorable characters, for which he earned Image and Golden Satellite nominations. David also won America’s votes as a smooth, debonair, and outrageously irreverent contestant on ABC hit ‘Dancing with the Stars.”

Tickets for The Off Color Comedy Tour and all upcoming shows are available now through www.parxcasino.com. All shows are for audiences 21 years old and older. All shows will take place at the new Xcite Center at Parx Casino.

A New Filipino Fast-Casual Restaurant “Lalo” is Coming to The Bourse!
18 Events You Have to Attend During Philly Beer Week!