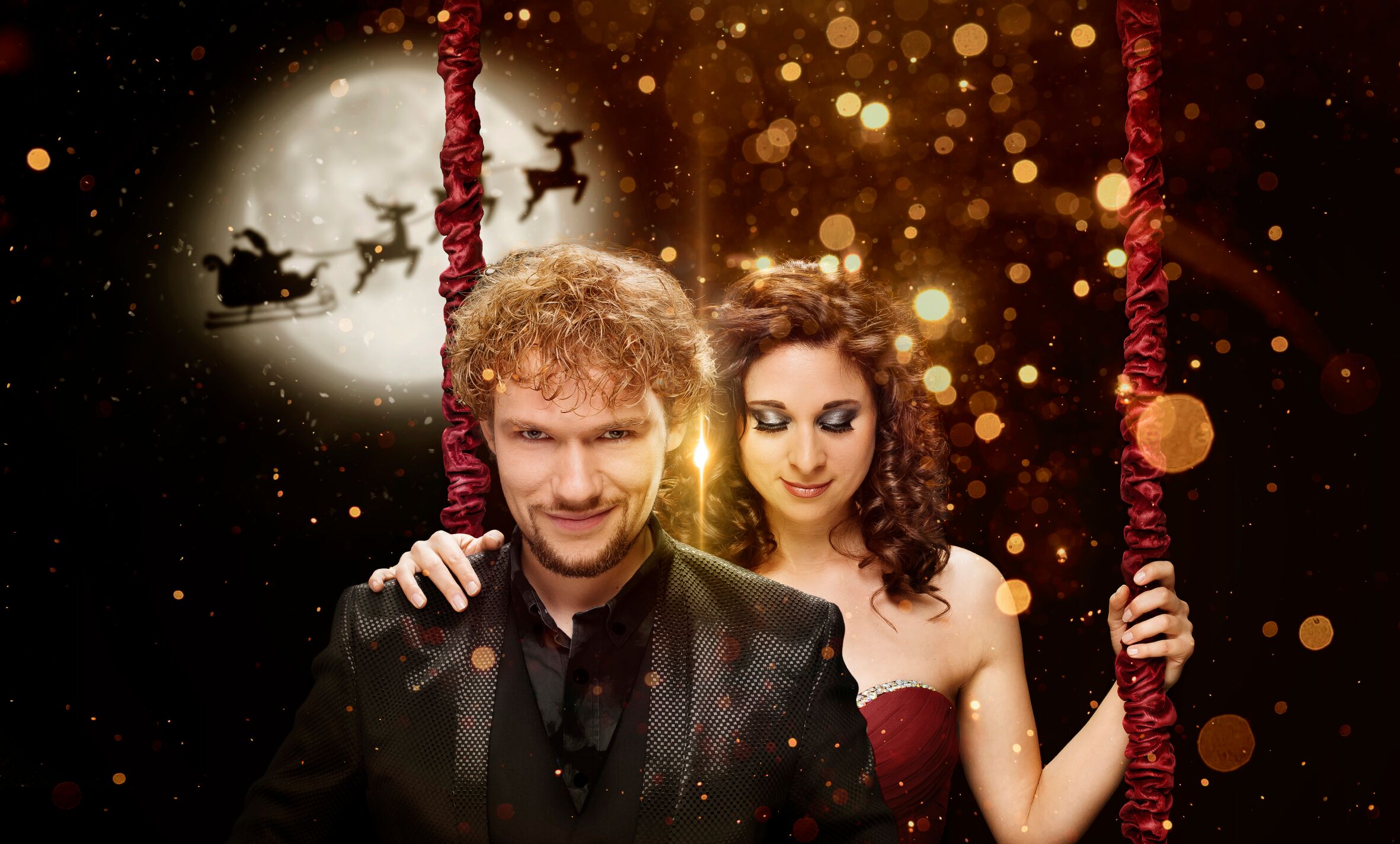 Parx Casino® welcomes America’s Got Talent finalists and World Champions of Mentalism The Clairvoyants on Saturday, December 14th for their 2019 U.S. Christmas Tour. The holiday-themed show will feature illusions performed by the duo that will be sure to get audiences in the Christmas spirit. The performances will take place in the Xcite Center at 2999 Street Road, with doors opening at 7:00pm and showtime at 8:00pm. Tickets are on sale now for $25-$65 at www.parxcasino.com/xcitecenter. For more about the Clairvoyants, visit www.theclairvoyants.com.

“We cannot wait to celebrate the most magical time of the year with our audience,” said Thommy Ten and Amélie van Tass. “We will spend an unforgettable evening together. Get ready to experience the miracle of Christmas in your hearts and minds.”

Thommy Ten and Amélie van Tass met in October 2011. They began to develop their “second sight” act, and two months later brought it on stage for the first time. Within a year they had developed a full length show and shortly thereafter, they started touring Europe. In 2014, they received their first long term contract in America and after a six month run in the show “The Illusionarium,” they were offered a featured spot in the largest touring magic show in the world, “The Illusionists,”.

In 2016, The Clairvoyants decided to take part in the biggest talent show in the world, “America’s Got Talent.” After four months, six different performances and over 100,000 contestants, America voted The Clairvoyants second place. In October 2016 they appeared, together with winner Grace Vanderwaal at Planet Hollywood in Las Vegas. Being a part of AGT was another major step in the evolution of their career.

The Clairvoyants have experienced many highlights in their career, including the opportunity to perform their show at the Sydney Opera House. In winter 2016 they experienced another career highlight, headlining the show “The Illusionists – Turn of the Century” in the Palace Theatre in New York City, on Broadway. The show was the best selling magic show in Broadway history.

Over the years The Clairvoyants have collected many awards including “The German Champions of Mentalism,” “Magicians of the Year 2015,” and, also in 2015, were enthusiastically chosen as the “World Champions of Mentalism,” a prize that hasn’t been awarded in 30 years. In April 2017 the Academy of Magical Arts and The Magic Castle Hollywood awarded Thommy Ten & Amélie van Tass “Stage Magicians of the Year 2016” for their extraordinary art.

Thommy Ten and Amélie van Tass continue to appear with their full length show in America and Europe and perform for corporate events worldwide. In the beginning of 2019 they appeared twice on NBC’s new show “America’s Got Talent: The Champions.”

For the duo, this is their second time appearing at Parx Casino’s Xcite Center. The Clairvoyants performed on the Bucks County stage in 2018 for a sold-out performance.

Tickets for the Clairvoyants Christmas are on sale now for $25-65. For more information on Parx Casino® and the Xcite Center, visit www.parxcasino.com or call (888) 588-7279.

Continue Reading
You may also like...
Related Topics:magic, magician, parx, The Clairvoyants

Top Non-Fiction Thriller Podcast, LORE, is Taking Is Coming to The Philly Area!
Fabrika is a “Modern Day Cabaret” Opening in Fishtown With Contortionists, Jugglers, and live Singers!