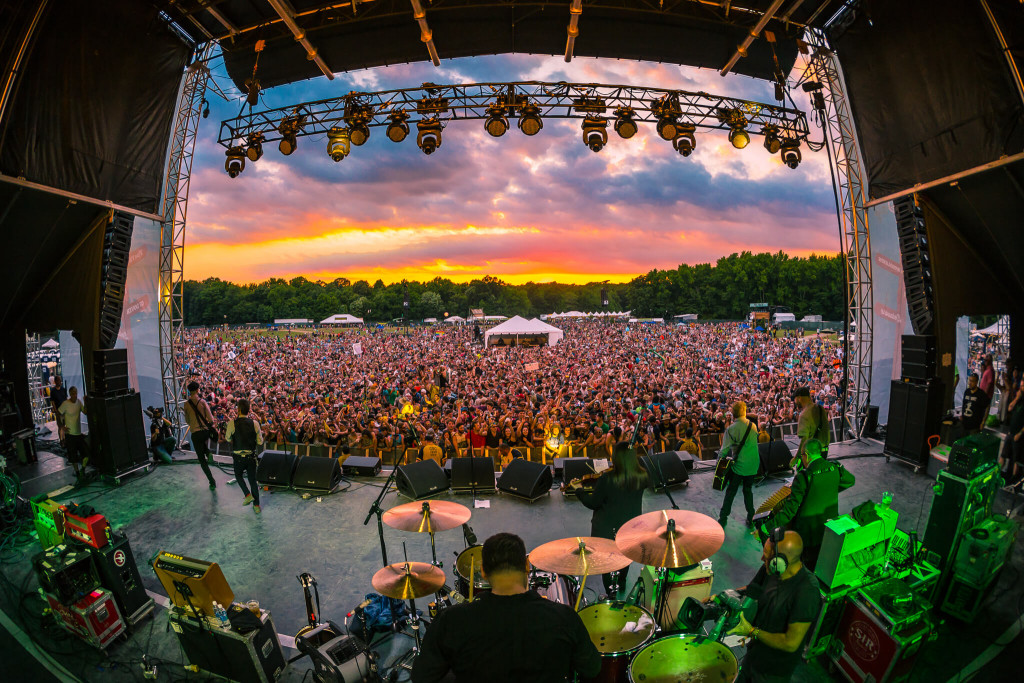 Delaware is known for a four things, its beaches, DuPont, being tax-free, and the Firefly Music Festival.  What can be described as the East Coast version of Coachella, Firefly brings together artists from just about every genre.  Taking place June 15th-18th, concert goers will get to enjoy a weekend packed with great headliners including THe Weeknd, Muse, TwentyOne Pilots, Chance The Rapper, and Bob Dylan.  With well over 100 acts performing, Philly will be heavily represented with over a dozen local artists hitting the stage.

Taking place in Dover, Delaware at The Woodlands of Dover International Speedway.  With such a huge festival taking place in such a small town, you’ll find that the most popular way to take in the sights and sounds is via RV.  Firefly organizers are expecting a crowd of 70,000+, which makes for close quarters.  The campgrounds here are transformed into an adult summer camp with tons of activities and bonding among music lovers.

If you happen to be one of the 10’s of thousands of folks descending on Dover this summer, you’ll definitely hear some familiar sounds as Philly’s presence will be felt.

Among the local names you’ll find at the 2017 Firefly Music Festival are:

Check Out the Full Line-up Below! 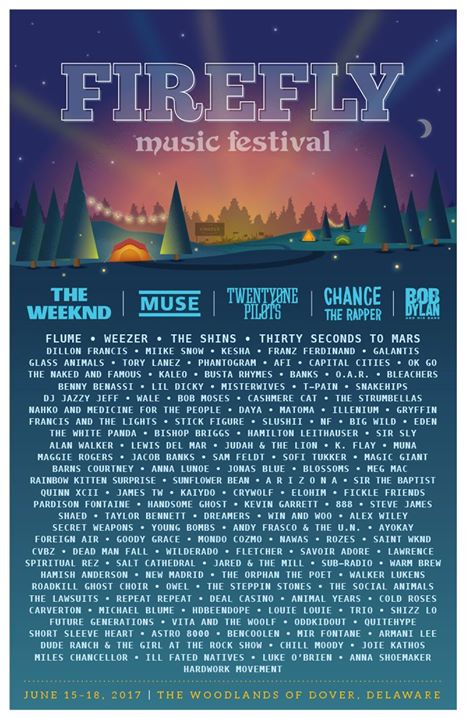