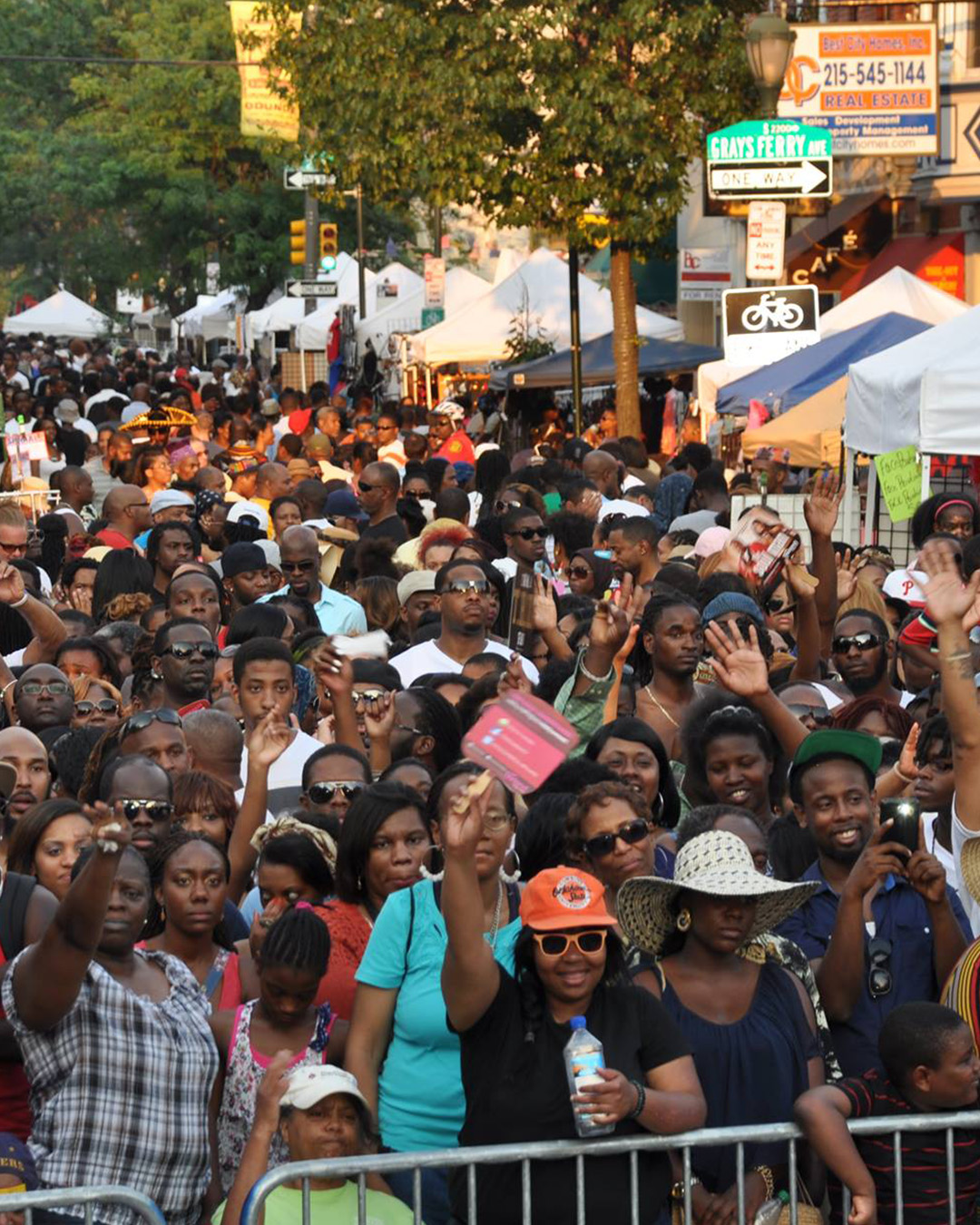 Almost 50 years ago with just $100 in neighborhood donations, Lois Fernandez along with Ruth Arthur formed the ODUNDE Festival.  Fast forward to today, it is now the country’s largest African American outdoor festival attracting up to 500,000 people annually.

Each year, on the second Sunday in June (this year is June 12th).  ODUNDE takes place covering 15 city blocks and has 2 stages of live entertainment. ODUNDE will be celebrating its 45TH year in the traditional South Philadelphia location near 23rd and South street.  The eclectic mix of vendors, entertainment, music, food, jewelry and African art attracts people from around the world.

This year Odunde kicks-off June 5th with a week of events leading to the official festival and precession which starts at noon on the 12th.

The festival’s, concept originates from the Yoruba people of Nigeria, West Africa, celebrates the coming of another year for African Americans and Africanized people around the world. It is an occasion highlighted by a colorful procession from 23rd and South Street to the Schuylkill River where an offering of fruit and flowers is made to Oshun, the Yoruba goddess of the river. ODUNDE is also known for its authentic African marketplace featuring vendors from around the world selling merchandise from African nations, the Caribbean and Brazil.

Continue Reading
You may also like...
Related Topics:african american festival, odunde festival, things to do in philly, Top Page Posts

Reading Terminal and Philly PHLASH Partner Up to Provide Shuttles to The Flower Show and Gift Cards
This Month Old, City is Having a Block Party to Kick-Off the Return of Old City Eats