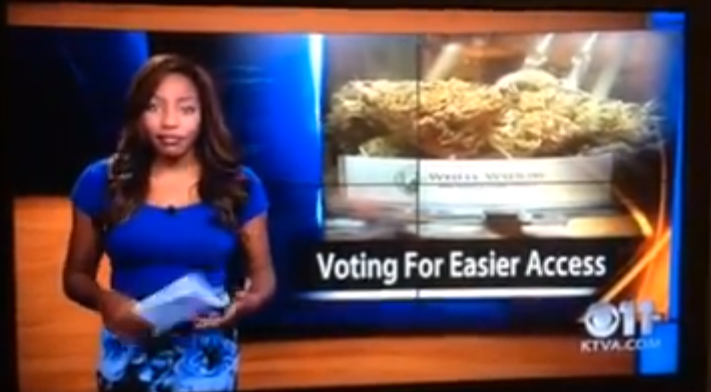 KTVA reporter Charlo Greene quit her job on live TV last night, outing herself as the owner of an Alaskan cannabis club and declaring “f*ck it”. Having grown weary of reporting the news, Green told viewers she would instead be putting all her energy into the fight to legalise marijuana in the state, having previously reported on the Alaska Cannabis Club without mentioning her connection to it. Check it out!