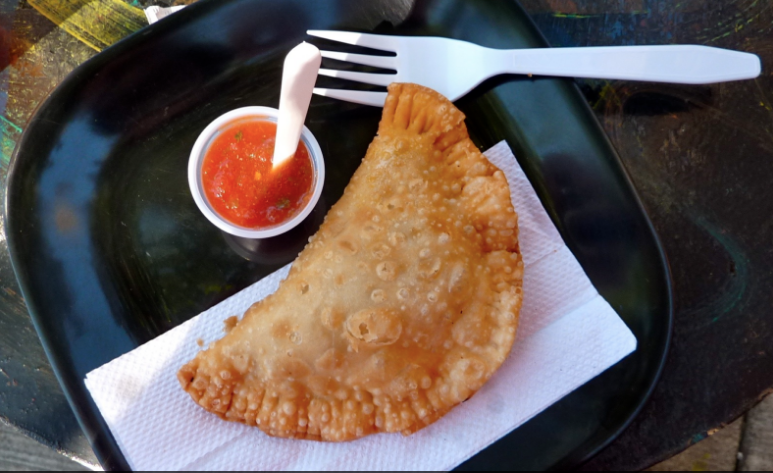 If there was one thing center city has always lacked, it has been Puerto Rican food.  There’s Cuban, Mexican, Caribbean, but no real traditional Puerto Rican spots. Now the Reading Terminal Market will be home to the new Loco Lucho Latino Kitchen.

Puerto Rican native and owner Luis Liceaga comes from a line of notable Puerto Rican cooks.  In fact his aunt Carman Aboy Valldejuli is the author of ” Cocina Criolla,” which happens to be one of the first Puerto Rican cookbooks ever published. Looking to establish his own legacy, Luis started Loco Lucho Latino Kitchen, which has up until now has been ran as a catering company.

Now with a new home at the Reading Terminal Market, Luco Lucho is looking to provide hungry Philadelphians and tourists classic Puerto Rican street food such as pinchos de churrasco, tender pieces of skirt steak, marinated for 72 hours, grilled and served with a chimichurri sauce; homemade empanadas served with an elevated mayoketchup; and seafood or chicken & sausage paella prepared in a massive 48 inch-wide pan.

Loco Lucho Latino Kitchen will be located at the former spot of La Divisa, which has since relocated.  Reading Terminal will be making the official announcement Wednesday October 25th which will include renderings of the soon to be revamped space.  No official opening date has been set, but as always we’ll keep you up-to-date!