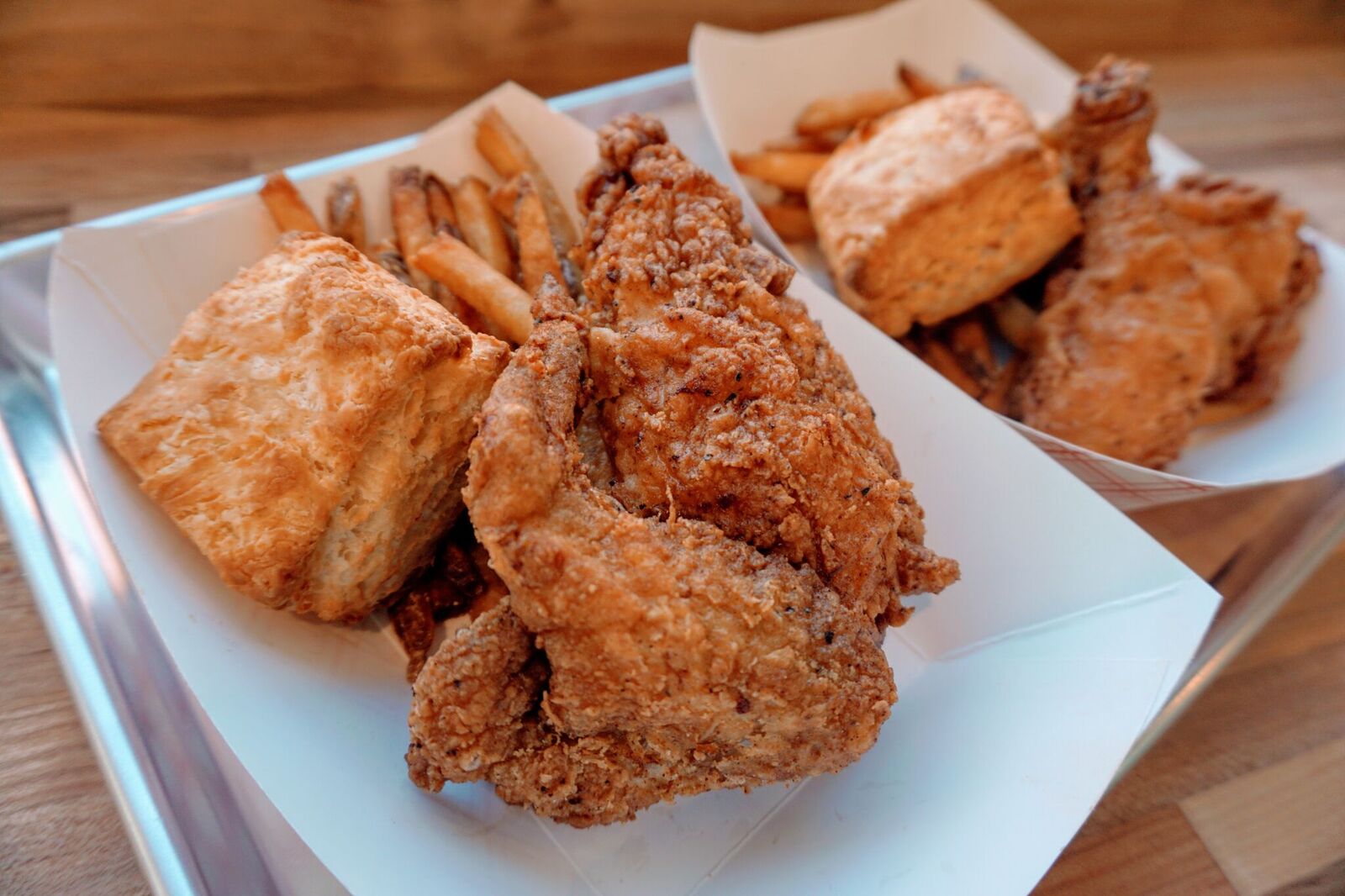 East Passyunk’s red hot restaurant scene will get even hotter this week! Chef/Owner Adam Volk announces the grand opening of Redcrest Fried Chicken at 1525 S. 11th Street, at the intersection of East Passyunk, Cross and 11th streets. This 1,000 square feet fast casual eatery will specialize in two varieties of fried chicken, chicken sandwiches, popcorn chicken, whole wings, side dishes, buttermilk soft serve ice cream, sundaes and desserts. Inside, find eight stools for dining in, and outside look for just under a dozen seats to be added in the nicer weather.

Redcrest will open at 11:00am on Thursday, February 1st. On opening day, Volk will celebrate the grand opening by giving away free fried chicken (one piece per person) or a choice of a mini chicken sandwich between 5:00pm to 7:00pm.

Redcrest will be open seven days a week for lunch, dinner and late night, with dine-in, take-out and delivery.  This week’s opening and start of delivery service is timed to launch for Super Bowl LII. Delivery launches on Friday, February 2nd through Grubhub.

Redcrest Fried Chicken’s menu features two varieties of fried chicken, including a signature buttermilk blend (chicken is brined with a blend of dried herbs and spices and buttermilk) and Spicy Curry (chicken is brined with thai red curry, chillies and buttermilk). Fried chicken will be available in quarter, half and whole. The menu also includes Volk’s favorite side dishes (french fries, mashed potatoes, mac n cheese, coleslaw, season vegetables, corn pudding and more), plus popcorn chicken, whole-wings (four varieties), and chicken sandwiches. Sandwiches will feature fried chicken or fried veggie-chicken patties, and include varieties like Redcrest Spicy, Buttermilk, BBQ and Buffalo. Volk is also baking up daily batches of buttermilk biscuits available on their own or served with meals.

Chef Volk launches his first Philadelphia-based restaurant this week on one of the “Top 10 Foodie Streets in America.” For Volk, Redcrest is a labor of love – of food and of family.

Volk and his wife Emily (Hughes Volk) recently moved to Philadelphia in the last year to spend more time with family. They also wanted to raise their children in Philadelphia and live in Emily’s childhood home, which is just blocks from Redcrest. Opening the restaurant was also a family affair, with Emily’s brother, father and uncle helping during construction and opening the doors. Volk met Emily at Mars Bar in New York City in 2005. Emily grew up in Pennsport and Adam grew up in Montgomery County. Adam spent much of his youth in Olney and stomping around South Street and South Philly, not far from Emily’s neighborhood. After getting married and having their first child, the duo decided to move back to Philadelphia. They currently have two children, Ian (two years old) and Clara (seven months old).

When it comes to his love of fried chicken, Volk says, “I like fried chicken, a lot. If asked one of my favorite food or preferred meals, it would always be fried chicken. I wanted to share that love with a larger audience and focus on one product and really do it well.” He added, “I also wanted to stop commuting to New York for work, and relocated to Philadelphia. I couldn’t see opening a full-service restaurant here right now, so the idea for Redcrest Fried Chicken was born.”

When asked about why open on East Passyunk, Volk said, “Even before moving back I would spend lots of time in Philadelphia – and we realized that as a family most of that time was on the Avenue. I’ve always thought it was an exciting scene, and I have watched closely how it has flourished over the last several years. I wanted to be part of that excitement and energy.”

Once Volk decided to move back and open Redcrest, his search on the Avenue started. “After leaving Black and Brew one day, I spotted the former seafood spot across the street and saw its charming potential. I loved the location next to the Singing Fountain, but also I saw potential in the chance to step into a space that didn’t seem to be flourishing, housing its current concept. When the opportunity came up we jumped on the chance.”

Redcrest is one of three concepts that Volk currently owns and operates. In New York City, Volk is Executive Chef and Partner for Esme, a full-service neighborhood restaurant in Greenpoint, Brooklyn. Esme serves modern American fare with a full bar and casual, yet quality service. Esme is also known for one of the best brunches in Greenpoint. Volk also is a Partner for The Exley, a small neighborhood bar that offers craft beers, wines-by-the-glass and inventive house cocktails. The kitchen focuses on snacks and sandwiches. For more information visit www.esmebk.com or www.theexley.com.

Opening hours for Redcrest Fried Chicken are as follows:

Redcrest will offer extensive delivery services when it launches on Friday, with delivery seven days a week from 11:00am to 11:00pm (except on Sundays until 10:00pm).