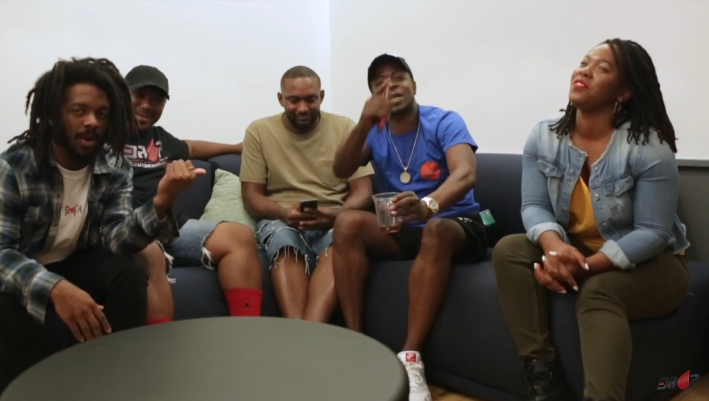 By now you’re probably having trouble keeping up with all the new “lil (insert name here)”  and “Young (insert name here)” in the rap game.  The died hair, the autotunes, and loud clothing. Cutting through the convoluted ensemble is a fresh of breath air by the name of Cantrell.  Hailing from the modest town of Albany, Georgia, Cantrell’s sound is both melodic and chill which helps break up mainstream’s monotonous music.

Adorning the name of the local roller skating rink in Albany, Stardust 2 Angel, the meaning behind the title is multi-layered just like Cantrell’s artistry.  Harkening back to his first fights, puppy love days, and transitioning into manhood, Stardust 2 Angels laid the backdrop that would later define Cantrell.  Growing up in a city where the population doesn’t even exceed 75,000, Cantrell’s ambition and drive quickly outgrew his hometown.  The average professional sports stadium holds more people. let that sink in.

It wouldn’t take much convincing by Mass Appeal A&R’s Jungle and Askia Fountain to see that this kid is a star.  Fast forward to present day and Cantrell is now singed to Mass Appeal Records who’s head happens to be none other than the rap God himself Nas.  Cantrell has no qualms admitting that even till this day it all seems surreal.

A true student of the game, Cantrell openly admits to being sheepish around the man that produced arguably rap’s bible “Illmatic.” We happened to catch up to this rising star at his recent album release party at the Mass Appeal headquarters.  The Drop Night Show’s K Wonder and Shaun Beastley sat down with Cantrell along with the VP of A&R Askia Fountain as well as Jungle holds a position as an A&R at Mass Appeal.

Pushing the generic questions to the side, we wanted to know what really made Cantrell tick. For those looking to discover rising talent, check out our exclusive interview with Cantrell and Mass Appeal.

Get The Scoop on UIRE, A Trendy Women’s Bespoke Boutique in the Heart of Fishtown!
Isis Tha Saviour Shares Her Life Pain Through Her Music. Hear Her Story!