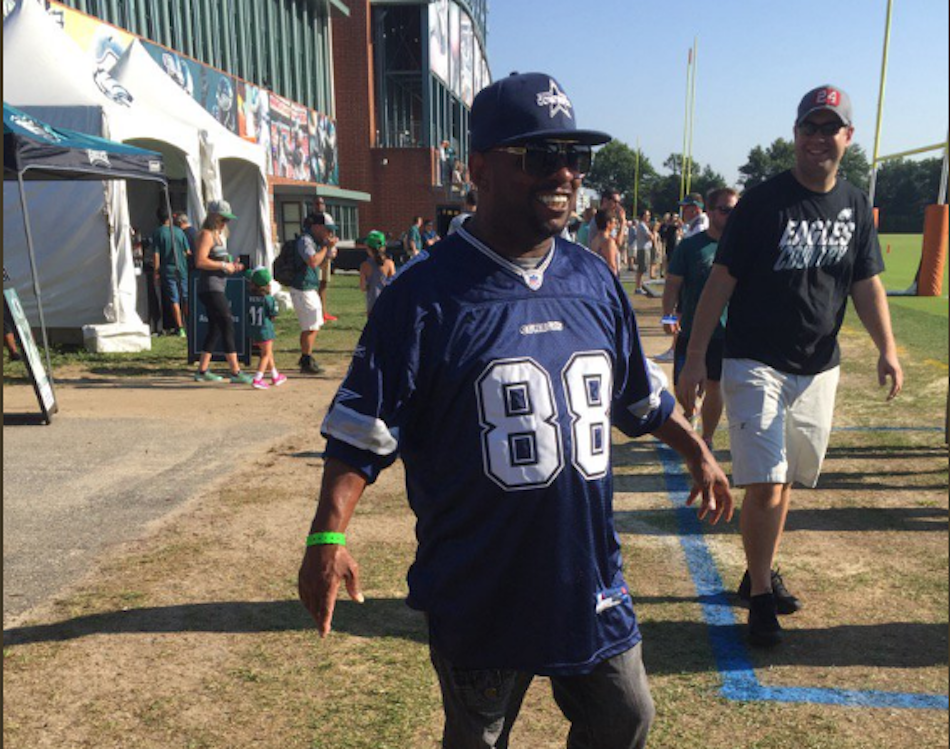 This may not go down as a legendary story in Eagles folklore but it is pretty damn funny.  Just yesterday a Cowboy fan strolled into Eagles’ training camp rocking a Dez Bryant jersey. 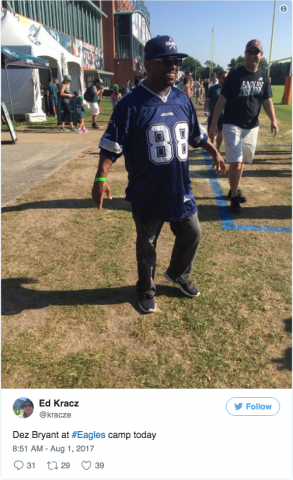 Now we don’t have to go in detail on what was said but we have to assume one of two things.  Either this fan has the biggest set of balls on him or this was some kind of dare.

Either way the un-identified fan was asked to leave.  Now it’s not “officially” against Eagle’s policy to wear other team’s jersey, it’s more of those classic “South Philly Unwritten Rules.” You know it’s just “a thing.”

The Eagles did confirm, that the incident took place which was originally reported by Ed Kracz of the Bucks County Courier Times.  We doubt this will become a trend.  I mean it’s pretty funny the first time but we’re pretty sure it will not be a laughing matter if copycats start to spring up.

The Phillies Are Offering Tickets to all September Home Games for Just $50!
FREE Bud Light For Everyone If the Eagles Win the Super Bowl!