Looking for Cheap Laughs? The $5 Comedy Week is Back for its 5th Anniversary! - Wooder Ice 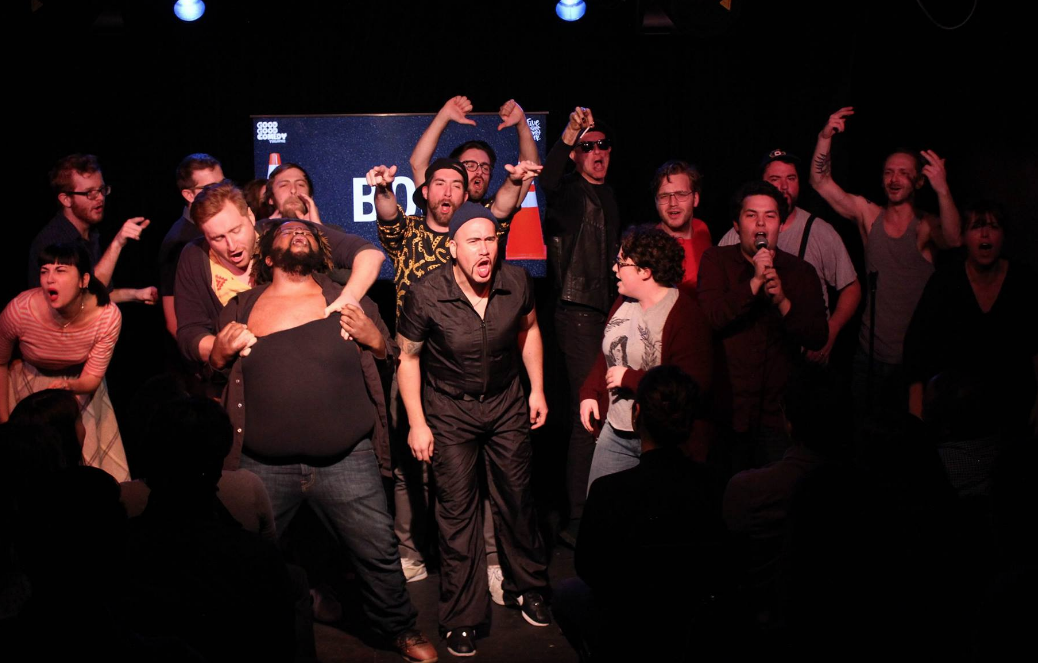 Looking for Cheap Laughs? The $5 Comedy Week is Back for its 5th Anniversary!

Looking for Cheap Laughs? The $5 Comedy Week is Back for its 5th Anniversary!

On a budget but need a great laugh? Well, the fifth ever Five Dollar Comedy Week starts this Sunday 5/21 in the fifth month of the year and each show is only five dollars! So many fives, it’s practically a fake phone number in a goshdang TV sitcom.
Five Dollar Comedy Week debuts unique, independent shows in Philadelphia that meld all forms of comedy and performance into one incredible weeklong festival – and each one is just five measly bucks! Plus bizarre and immersive workshops, FREE secret shows every weeknight and so much more.
Tickets and full schedule available here: www.fivedollarcomedyweek.com. All shows are $5 and take place at Good Good Comedy Theatre (215 N. 11th St) in the heart of Philly’s Chinatown. Attached are photos and a promo image for the festival.

Below are some of the shows we’re most excited to premiere:

Sun 5/21 at 8:30 PM – Comedy Accompanied
Stand-up comedy and jazz – the two truly American art forms that people claim to enjoy but watch Netflix instead of attending. Now you can see them both at once!
$5 at www.goodgoodcomedy.com/comedyaccompanied
Fri 5/26 at 7 PM – Lyfted
An evening of stories from our city’s favorite Lyft drivers. They’ll take you on a ride, without even opening your car-share app.
$5 at www.goodgoodcomedy.com/lyfted
Fri 5/26 at 11:30 PM – Tragedy + Time
A show that attempts to answer the questions “Does Comedy = Tragedy + Time?” by forcing comedians to alchemize short lectures on some of the most tragic events in history into comedic gold. Educational, emotional, and hopefully funny (if our math checks out).
$5 at www.goodgoodcomedy.com/tragedytime
Sat 5/27 at 5 PM – Finding Your Fetish
Why so sad? Are you living a kink free life? Let The New Dreamz find your fetish! Is it in a shoe? Is it in a whisper? Everybody has a thing that is their thing. We will find it and ride it to the moon! Taught by Andrew Jeffrey Wright & Rose Luardo.
$5 at www.goodgoodcomedy.com/findingyourfetish
Sat 5/27 at 8:30 PM – Dark Window
Technology is evil, and it must be stopped. Everyone these days walks around with their “phones” and “tablets” and “Nintendo GameBoys,” but no one connects anymore, or invites me, Ari Fishbein, to their parties, because they’re too busy living their “Second Lifes” and “Runescapes” on “Antisocial media.” So I’ve decided to tell a heavy-handed story about the dangers of staring at those blank screens… those Dark Windows.
…it’s a Black Mirror spoof, okay?
Continue Reading
You may also like...
Related Topics:Five Dollar Comedy Week, good good comedy

Time to Rejoice Because The Bacon & Beer Classic is Back!
Square 1682 Launches BYOD – Bring Your Own Dog to Brunch!