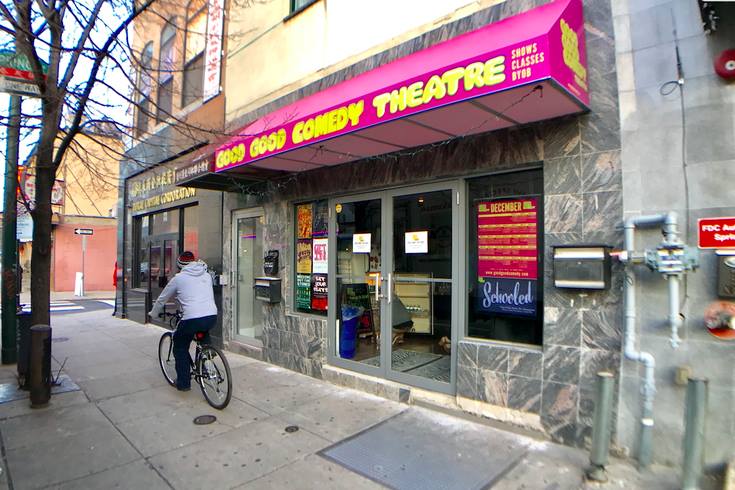 Rose Luardo is an artist, actor and comedian. Her solo work is concentrated in performance installations that use sculpture, costume, character and video. She was awarded a residency at Elsewhere Museum in Greensboro, NC and the Odysseys Costa Rica residency. She is one half of the comedy duo The New Dreamz (with Andrew Jeffrey Wright) and Queer Bait (with Shannon Fahey) and a member of the sketch group Darlings performing monthly at Good Good Comedy Theatre in Philadelphia.

Shannon Fahey is a comedian currently working in Philadelphia. Shannon has been writing and producing solo and collaborative work for over 5 years. She has been featured on numerous recorded podcasts including Las Culturistas and Dark Tank. She is 1/2 of independent alt-comedy duo Queer Bait, writes and acts in the comedy collective Darlings and co-hosts the monthly show Scarred for Life at Good Good Comedy Theatre. Shannon has been a part of Philadelphia Fringe Festival for 4 years running. In her spare time, Shannon teaches at Good Good Comedy Theatre, freelances as an illustrator and babysits.

One man is pushed to the edge in a story of betrayal, sex, drugs, murder, hot dogs, karaoke, and muscle milk. You know, just like on those basic cable dramas like Breaking Bad, True Detective or Mad Men. From the visionary minds of Michael S. Watkins & Joe Bell (hosts of Comedian Psychoanalysis, sketch duo Scrote).

Jet Wine Bar is Celebrating The Republic of Georgia with a Georgian BBQ!
If You Love Animals Then You Won’t Want to Miss the 2nd Annual Pup Crawl!