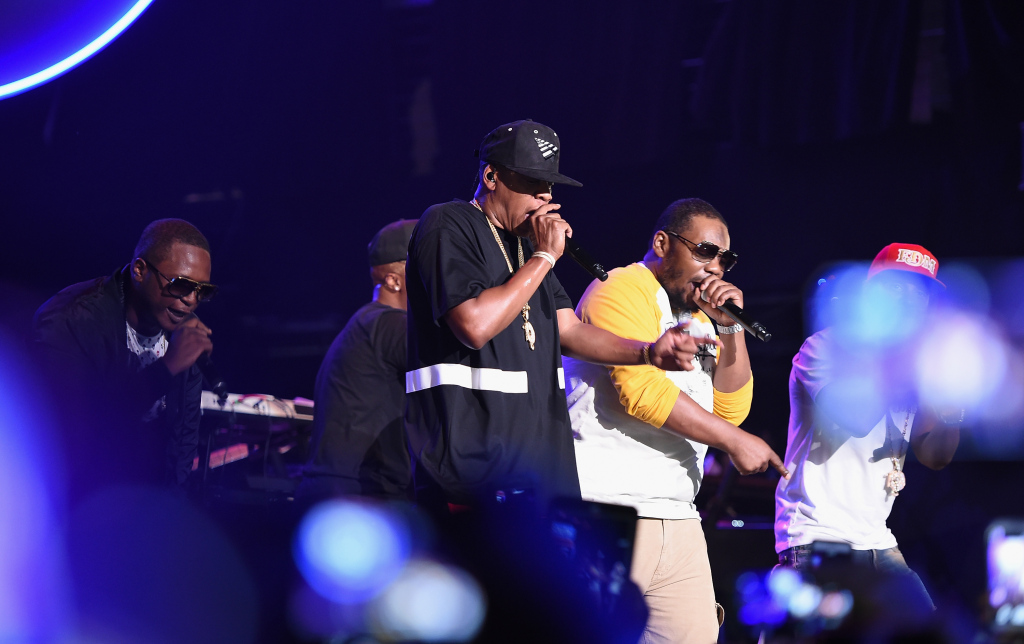 For those not hip to Jay-Z’s new venture Tidal let’s get you up to speed first. The new streaming service from Jay-Z has been gaining massive support among the music world.  Artists from Madonna, Alicea Keys, Rihanna and just about every big name you can think of have been promoting and supporting Tidal heavy.  If you’ve noticed your favorite artist switching their profile pic to a solid teal image, well that’s Tidal.

Well to garner even more buzz, Hova threw a concert that was streamed live on the Tidal app.  Taking place in Terminal 5 in NYC, the concert received tons of views.  Dubbed the B Side concert, Jay ran through many of his B Side hits and less commercial tracks to a pretty intimate setting for a Jay performance.  However, the biggest reactions came when Jay surprisingly brought out Beanie Sigel and the entire State Property crew sans Peedie Crack (they are not on the best of terms at the moment).  Also notably absent was Dame Dash.  Even though it wasn’t entirely a Roc Reunion it was enough to whip social media into a frenzy.

So for those that missed out on this monumental moment check out the footage above for the Beanie entrance.  Also if you have an hour and change to kil check out the full concert below.

Taco Bell Delivery Service? Yes This May be a Reality
10 of the Best Memorial Day Weekend Getaways