High-Key The Piazza at Schmidt's Commons Is Making a Case For the Best Event Space in the City! - Wooder Ice 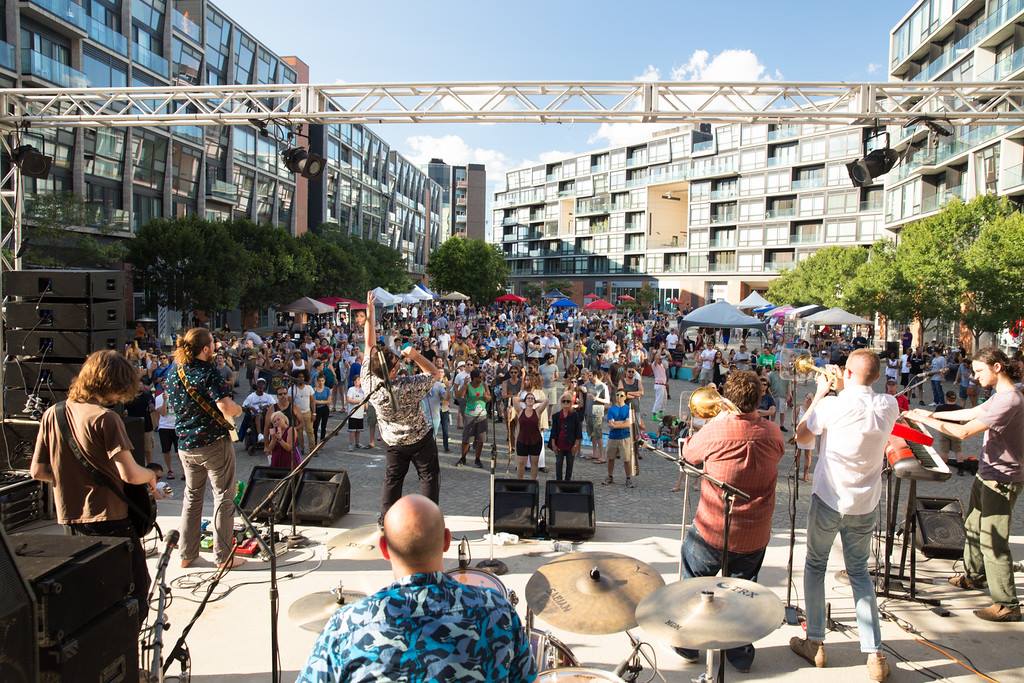 High-Key The Piazza at Schmidt’s Commons Is Making a Case For the Best Event Space in the City!

High-Key The Piazza at Schmidt’s Commons Is Making a Case For the Best Event Space in the City!

Before it was erected back in 09′ , the buzz for The Piazza was pretty big.  It was going to be the cornerstone of life outside of Center City, a place for those looking to congregate but still have a neighborhood vibe.  Northern Liberties at the time was on a serious upswing in terms of real estate, restaurants and commerce.  With the edition of The Piazza it would solidify Northern Liberties as the “it neighborhood.” 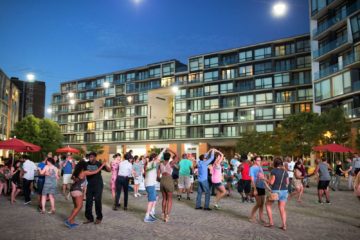 I’s safe to say that The Piazza did not disappoint. It brought us kick-ass festivals such as Radio 104.5 frat-like fiasco, The original Day Load parties at Kings Oak, World Cup watch parties and more.  Hell even PYT was a destination spot.  Don’t front like those adult shakes weren’t the shit.  The Piazza was even the epicenter of the local sneaker head culture with Sole Control.

However, things started to go sour soon after PYT closed their doors.  There were public social media spats between several shopkeepers and management that left most wondering if The Piazza was headed to an end.  It didn’t take long before storefronts became abandoned, restaurants consistently overturned and the events dried up.  Several mainstays such as the New Year’s parties and Preakness at the Piazza stayed but there was babble of “What happened to the Piazza?”

Around this time Fishtown started to boom.  The Frankford corridor blossomed with new restaurants and shops and it seemed that the once promising Northern Liberties was starting to be overshadowed by neighboring Fishtown.  However, the only thing lacking in the 19125 was event space but folks were more than content with the great eateries and small shindigs.

Fast forward to this past year.  It seems that The Piazza at Schmidt’s Commons is trying to resurrect itself as the focal point of the region. Although they are pushing to be branded as “The Schmidt’s Commons,” for all locals it will forever be “The Piazza.” Today the restaurant scene may not be as strong as the good ol’ days, but the events have been kicking ass.

The outdoor movie series sparked things up then other wildly popular events stated to happen such as First Friday Salsa and food festivals.  For a while there the food festivals seemed to migrate south to the sports complex.  But this year alone we’ve seen a burger festival, a tequila and taco festival, now we’re being treated to a huge pickle festival.

The events calendar on The Schmidt’s Commons is jammed packed with cool events and every time I re-visit, it seems more things have been added.  In fact I vividly remember seeing on several occasions “No Events Scheduled” being the only thing under their events section.  Now it averages 3-4 pages during the warm weather months. Right now the first page alone has live music, yoga, movies and of course a food festival (Philly’s Classic Cook-off sponsored by Budweiser).  You’d have to go to the Delaware Waterfront’s events page to find an outdoor space that can rival their line-up.

Although The Piazza at Schmidt’s Commons could still use some work in terms of getting more attractive stores and restaurants, it’s leading the way in terms of events in the city.  Here are just a few dope events coming up! 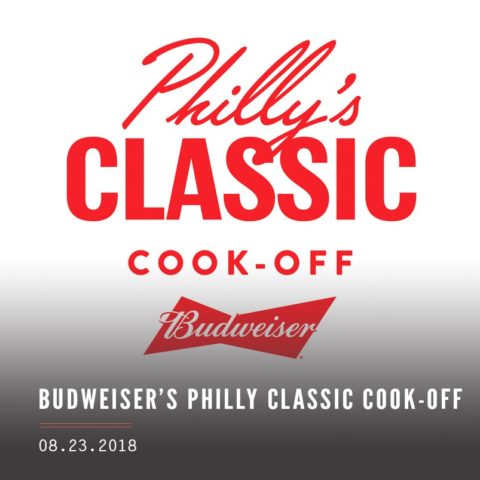 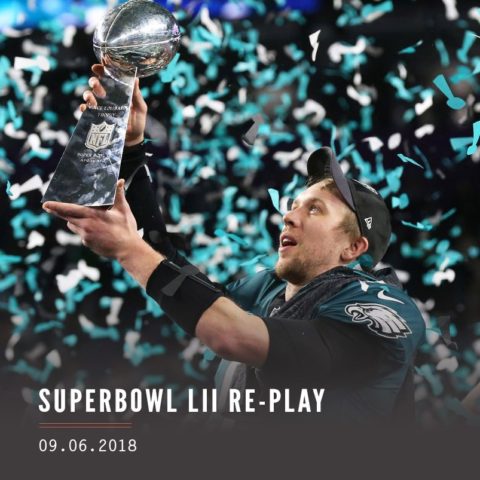 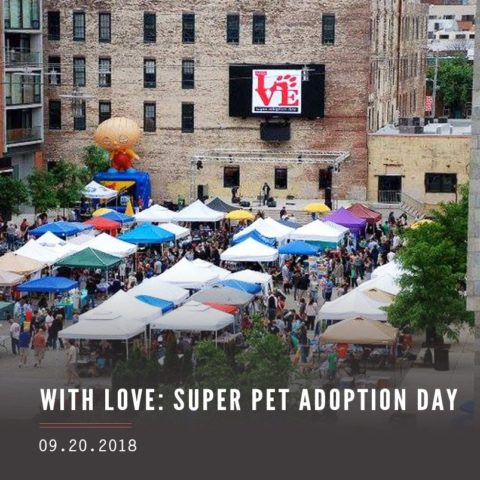 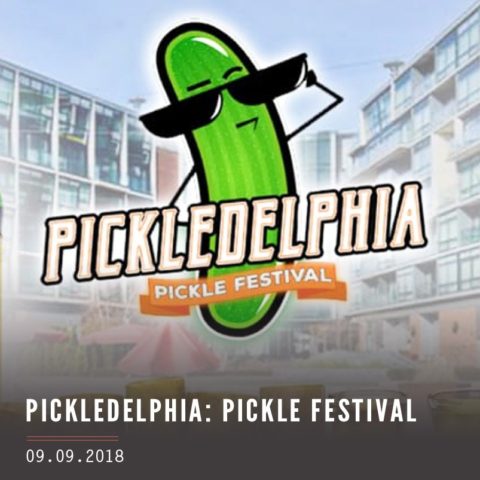 9/14-THE HOT CLUB OF PHILADELPHIA

Pickledelphia is the City’s First Ever Pickle Festival and It’s Breaking The Internet!
The New Indoor-Outdoor Venue “Cherry Street Pier” is Opening on the Waterfront This October!