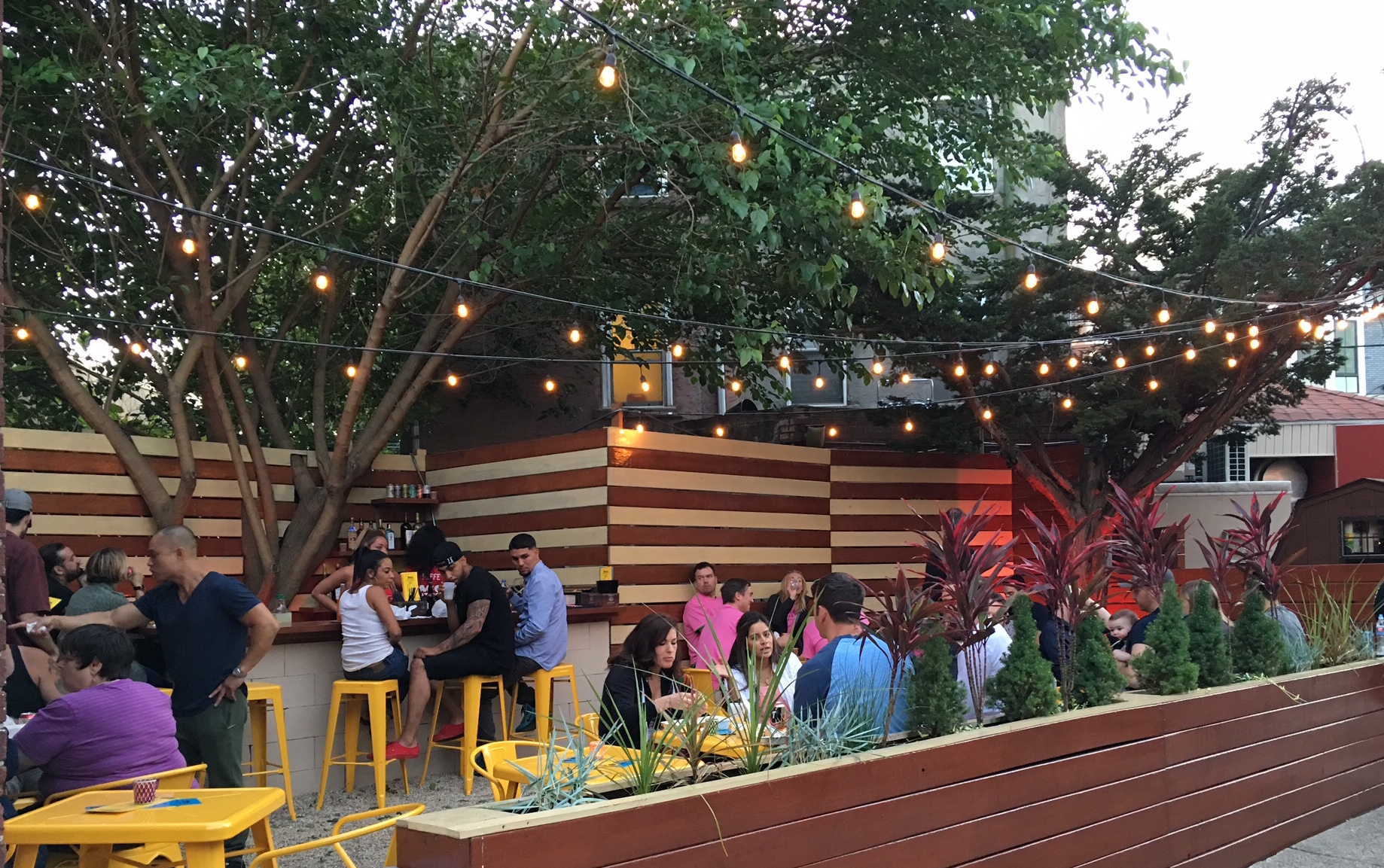 Hard to believe that Fishtown of all places has never had a pop-up beer garden until now.  We’re talking about the epicenter of hipsterism and craft beer lovers.  You can’t throw a stone in this part of town without hitting a place that has craft beer on tap.  As of June 10th, the all-new Heffe Beer Garden will be open for business and Fishtownonians (that’s my personal word for Fishtown residents) will finally get the pop-up beer garden they deserve. 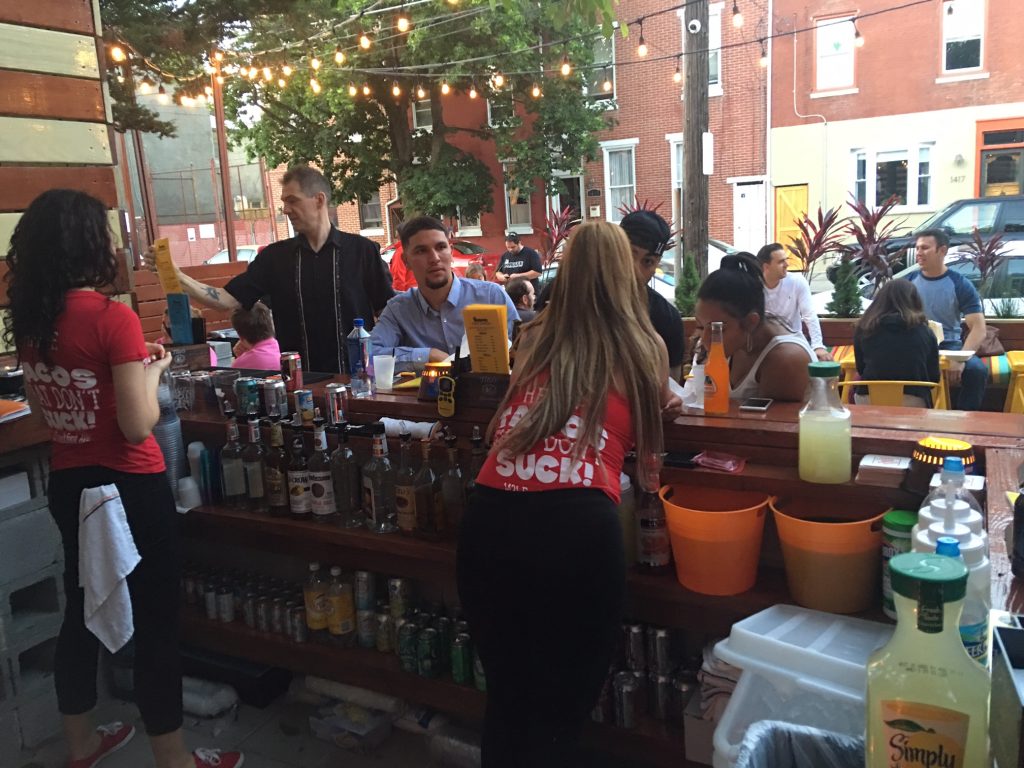 Heffe Beer Garden which is located at the adjoining lot of Heffe on Frankford and Marlborough, bears the name of the popular taco shack but owners Peter McAndrews & Anthony Lolio teamed-up with two other food industry entrepreneurs with successful spots of their own.  Both Brad Helder of Bottle Bar East & John Fischer of Baby Blues BBQ, joined forces with Heffe Taco’s dynamic duo to create the cozy and low-key Heffe Beer Garden.

Okay, enough with the yappin’ lets talk food and drinks shall we?  Obviously summer is primetime outdoor drinking season, so if you decide to grab a drink here whether solo, with a date or just kicking it with some homies, the drink selection is pretty impressive.  On the beer side it’s a perfect marriage of Mexican favorites such as Corona and Tecate and really great domestic choices such as Neshaminy Creek’s Jawn, Summer Love, Hell or High and ALL DAY.  The brews run $4 & $5 which are extremely pocket friendly prices.  Looking for something a little stronger for your summer nights?  Well drinks are only $5 and premium mixes will set you back $7.  Still need to kick things-up a notch?  You can get the fiesta started with Heffe Beer Garden signature cocktails which are only $7 and include choices such as:

Of course you’ll most likely work-up an appetite and no respectable beer garden would be complete without grub.  Don’t worry because Heffe will have runners to bring the food to your table.  Simply stop by the stand before you enter the Heffe Beer Garden, place your order, go order your drinks, sit down and in no time you’ll be washing down tasty tacos with a refreshing Fishtown Ritas. If this all sounds like the perfect spot to sit back and unwind, well that’s because it is but you’ll have up until Labor Day to take advantage of this beer garden.

Moguls in Media Look to Inspire Up-and-Comers Over Brunch
The 8 Dopest Events Happening This Weekend!