Have You Ever Seen Harry Potter and the Goblet of Fire with a Live Orchestra? Here's Your Chance! - Wooder Ice 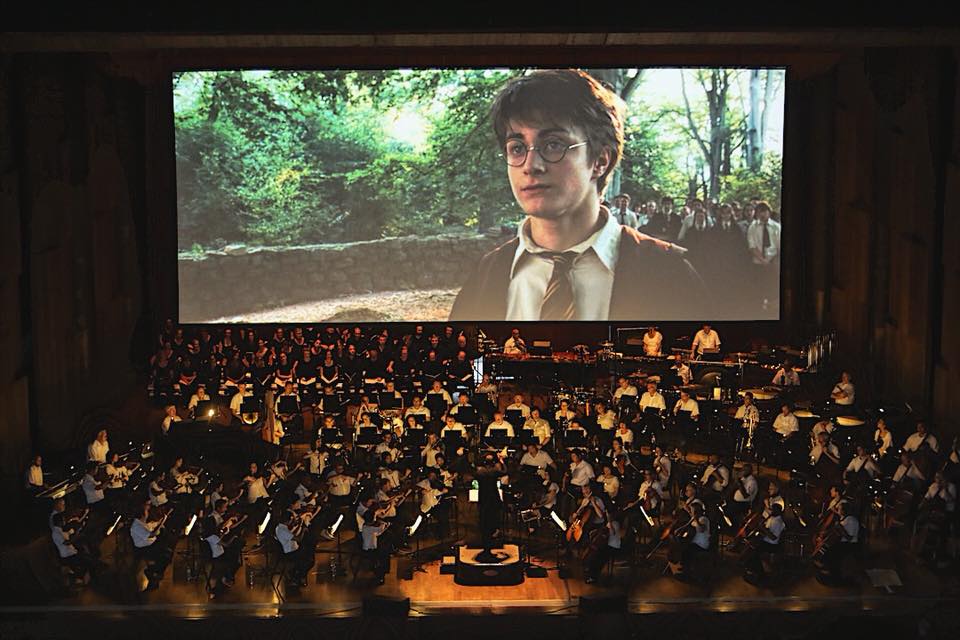 Have You Ever Seen Harry Potter and the Goblet of Fire with a Live Orchestra? Here’s Your Chance!

Have You Ever Seen Harry Potter and the Goblet of Fire with a Live Orchestra? Here’s Your Chance!

If you haven’t caught wind yet, The Mann Center has been hosting movies scored with a live orchestra during the summer.  This year they kicked-off their orchestra movie series with Indiana Jones and the Raiders of the Lost Ark.  Hundreds of fans came out to enjoy the movie and the sweet sounds of the Reading Symphony Orchestra.  Now The Mann Center will be screening Harry Potter and the Goblet of Fire featuring The Philadelphia Orchestra!

On July 20, 2019 Justin Freer will conduct The Philadelphia Orchestra performing the magical score live from Harry Potter and the Goblet of Fire™ while the entire film plays in high-definition on a 40-foot screen.

In 2016, CineConcerts and Warner Bros. Consumer Products announced the Harry Potter Film Concert Series, a global concert tour celebrating the Harry Potter films. Since the world premiere of Harry Potter and the Sorcerer’s/Philosopher’s Stone in Concert in June 2016, more than 1.3 million fans have enjoyed this magical experience from J.K. Rowling’s Wizarding World, which is scheduled to include over 900 performances across more than 48 countries worldwide.

With such a cult following we expect a huge turn out with many fans dressing the part.  So be sure to get your tickets early.  Remember lawn seating is BYOB but the best part is you can bring your own cooler with food and snacks.  How can you beat that?  You can purchase your tickets here.

Philadelphia’s Magic Gardens is Hosting a BYOB Event “Twilights in The Garden” with Live Music & Activities!
Who’s Down to Watch Rocky on the Rocky Steps?!