Hangover Cures From Around The World - Wooder Ice 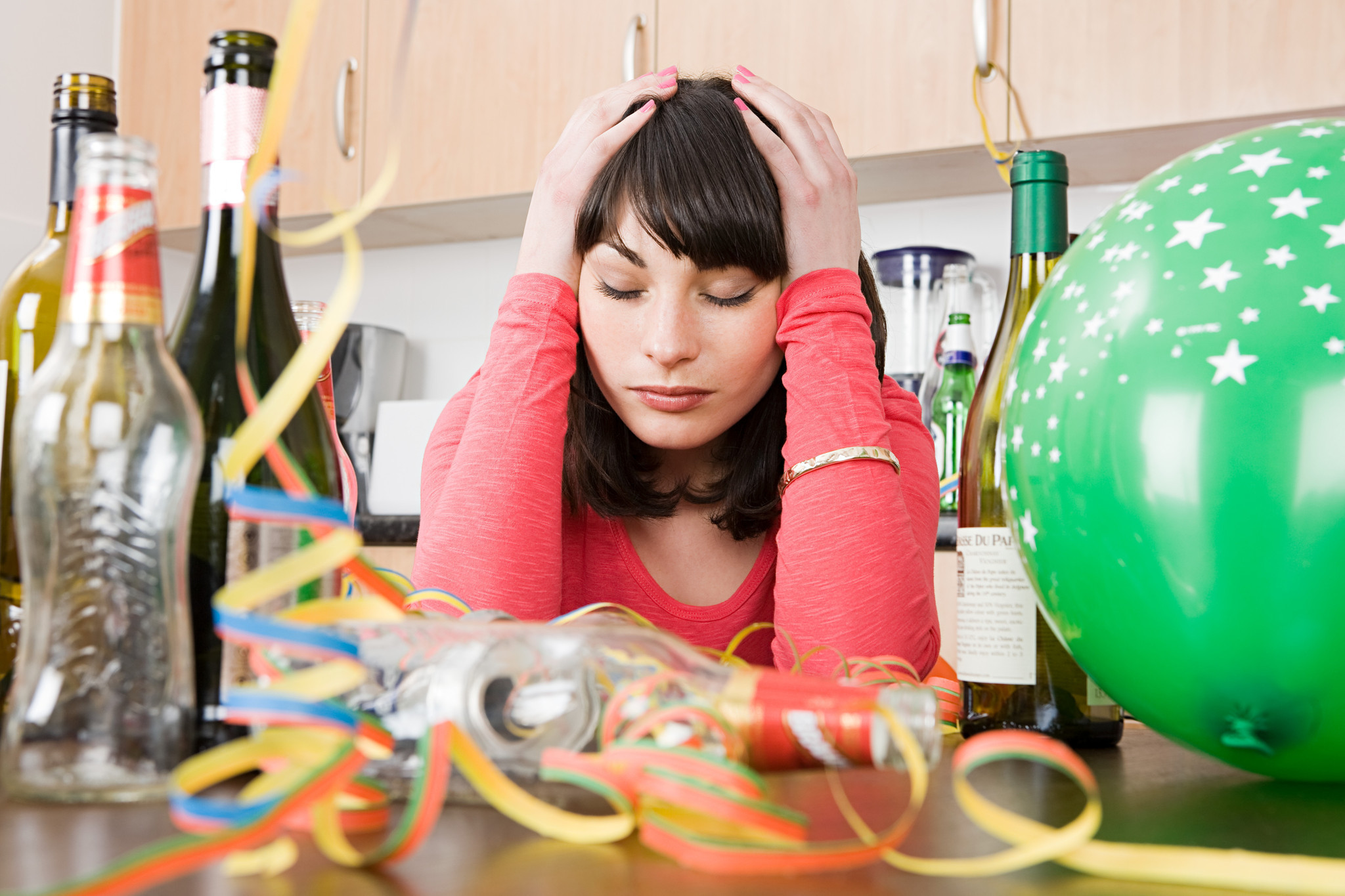 Hangover Cures From Around the World by thelist
Popular online site Gizmodo recently released a list of the 19 Weirdest Hangover Cures From Around the World.  With NYE looming this week we are sure many of you will be out celebrating and using New Year’s Day to recoup.  However, to help get you back to 100% faster we thought it would be a good idea to share some of these cures with you.  We can’t say for sure which ones work the best or if they work at all.  But if you’re a little adventurous you may want to give one a shot.

The ancient Romans, fond of massive, orgiastic bacchanals, sometimes woke up with feeling like there was a chariot race going on in their heads. But forget hair of the dog, how about feather of the bird? Pliny the Elder recommended deep-frying a canary and scarfing it down. Debate goes on about whether the bird was beheaded and skinned or eaten whole, but everyone seems to agree that those crunchy bones were some of the best bites.

The morning after a rager, Namibians drink Buffalo Milk. Guess what it doesn’t have in it? Buffalo milk. It’s just clotted cream (from cows), dark rum, spiced rum, cream liqueur, and whole cream. It sounds like drinking a cup is how you’d get a hangover in the first place. In addition to a belly full of booze and dairy, Buffalo Milk adds a sugar crash to the blend of bad feelings.

Supposedly, drinkers in Puerto Rico have figured out how to prevent a hangover. Before an evening of indulgence, they rub a slice of lemon (or lime) into the armpit of their drinking arm. You read that right. It supposedly prevents dehydration.

A few thoughts on this:

After too much sake in one of Tokyo’s little nomiya bars, Japanese drinkers eat umeboshi, a pickled, dried ume, which is similar to a plum or apricot. It’s not just a little pickled, though. It’s really, REALLY pickled, to the point of puckering. Some steep it in green tea and then drink the thing to make it less concentrated, but it’s still horrifically sour (even the milder, non-dried version, umezuke, is hard to swallow).

There’s at least a little science behind this one, as the salt in the plum may actually help replenish your depleted electrolytes. But putting something that sour in an already sour stomach? Pass.

Belly full of Bitburger? Time for katerfrühstück , or “hangover breakfast.” Get ready for a plate of rollmops—raw, pickled herring wrapped around pieces of gherkin and onion. On an empty stomach. While suffering what Germans describe as “the wailing of the cats.” I like pickled herring, but no. Just no.

O, Canada! You guys do it right. To top off the last round of LaBatt, Canadians stop in for some poutine—a bowl of thick-cut french fries, with chunks of Canadian cheese curd, smothered in a savory gravy with fresh pepper corns. It’s not as good as it sounds. It’s better. It’s almost enough to make me want to move in with my Québécois ex-girlfriend and her husband.

Three words for you. Dried. Bull. Penis. Chew on that! This has gone somewhat out of vogue, but in the past, Sicilians with hangovers would gnaw on a good ol’ dried bull penis. The assumption was that it restores your virility. Or perhaps your brain just eliminates the hangover as quickly as possible to stop your body from eating any more penis-jerky.

Some Haitian voodoo practitioners go on the offensive with their hangovers—they stick 13 black-headed pins into the cork of the bottle that did that to them. I’m no scholar of voodoo, but I have to assume this is revenge on the bottle that brought on this awful thing in the dark of night. What do they do for screw-tops? I do not know.

Not to be outdone by their canary-eating contemporaries, the ancient Greeks treated their hangovers with a breakfast of sheep lungs and two owl eggs. Owl eggs, sure, I mean, eggs are pretty much eggs. But lungs are extremely rubbery (I tried some buffalo lung in Southeast Asia, long ago). I can’t imaging that bouncing around in an upset stomach. Yeesh.

So, according to Irish legend, the best way to cure a hangover is to get buried up to your neck in wet river sand. Ireland is not a warm country, so the wet river sand should be rather chilly. This could have the same effect as a cold shower. It’ll wake you up and get the blood pumping, but there’s not much medical evidence that it cures a headache and nausea. Really, this seems like another prank-turned-legend. “Up all night drinking poteen, is it? To the river!”

This one is terrible on several levels. In Vietnam, some people grind rhino horn into hot water and drink it. This same trick is believed to “cure” everything from allergies to cancer. As a result, the demand for rhino horns is so high that those amazing creatures are being poached at insane numbers. Look, there’s no way it works, so stop killing the rhinos, okay? Okay.

Trouble with your gut? You just need more guts. That’s the logic behind Turkey’s hangover cure: Tripe soup. The innards are boiled with garlic, onion, and sometimes cream. You can even eat it prophylactically to prevent an imminent hangover. Maybe there’s something to it—this is also a popular remedy in Mexico and Romania—but honestly, it makes a headache sound not so bad.

And the winner for stomach-turningest of them all? Arguably, it’s Mongolia. After a long night of wrestling and drinking, Mongolians shake off the morning cobwebs with a cocktail made of tomato juice annnnnnd… pickled sheep’s eyes. Pickled. Eyeballs. From a sheep. Two of them. Mixed with tomato juice. I have nothing to add.

With so many strange cultural traditions in this oddball world, you might be glad we Americans aren’t a bunch of voodoo eyeball riverbank weirdos. Not so fast. We drink enough, and we’re just as freaky as anybody else.

14. Raw eggs. Let’s start with the Prairie Oyster, a popular remedy in the Western U.S. There are many variations, but they all include Worcestershire sauce, hot sauce, salt n’ pepper, and a whole raw egg. Gulp, down the hatch. Optional ingredients include a shot of vodka, ketchup or tomato juice, and vinegar. Oh, and maybe salmonella.

15. Sweat swishing. Some Native American cultures, according to the BBC, believe that you should go for a run and work up a sweat. Then you lick the sweat off your arms, swish it around, and spit it out. Exercise certainly can help push the toxins through your system. The licking and spitting thing? Leave that part out.

16. Hangover Heaven. In Vegas there is a special morning after bus called Hangover Heaven. Climb aboard, and the crew administers fluids, vitamins, and other supplements via IV while you cruise the strip. Vegas is disgusting, for many reasons, but Hangover Heaven might be the place to find the Gizmodo crew in the mornings during CES 2013.

17. Eggs Benedict. This is one thing the U.S. got very, very right. As the story goes, back in the late 1800s, a well to-do socialite partied way too hard. The next morning, he asked the restaurant at the Waldorf-Astoria to put together this crazy sandwich with a poached egg, ham, and hollandaise sauce, on top of an English muffin. You’re welcome, world.

18. Pellet tea. Eggs Benedict aside, the U.S. is also responsible for one of the nastiest cures on this list. In the wild west days, hungover cowboys drank a “tea” made of rabbit droppings. Just take the pellets and steep them in hot water. Rabbit shit tea. Yep.

For years I had a hangover cure that worked almost every time, though we definitely can’t recommend it, and neither would your doctor. After a night out boozing, here’s what I did when I got home:

After doing those three things, I have almost never, ever woken up with a hangover. Woken up still drunk, sure, but not hungover. Science beats superstition, every time. That said, doctors have since warned us against this cure. Taking aspirin while there’s still alcohol in you may increase your risk of stomach-bleeding. Taking ibuprofen or other NSAIDs may be even more risky, and taking acetaminophen (Tylenol) may be even worse, possibly causing fulminent hepatic failure.

More in Scoop of the Week