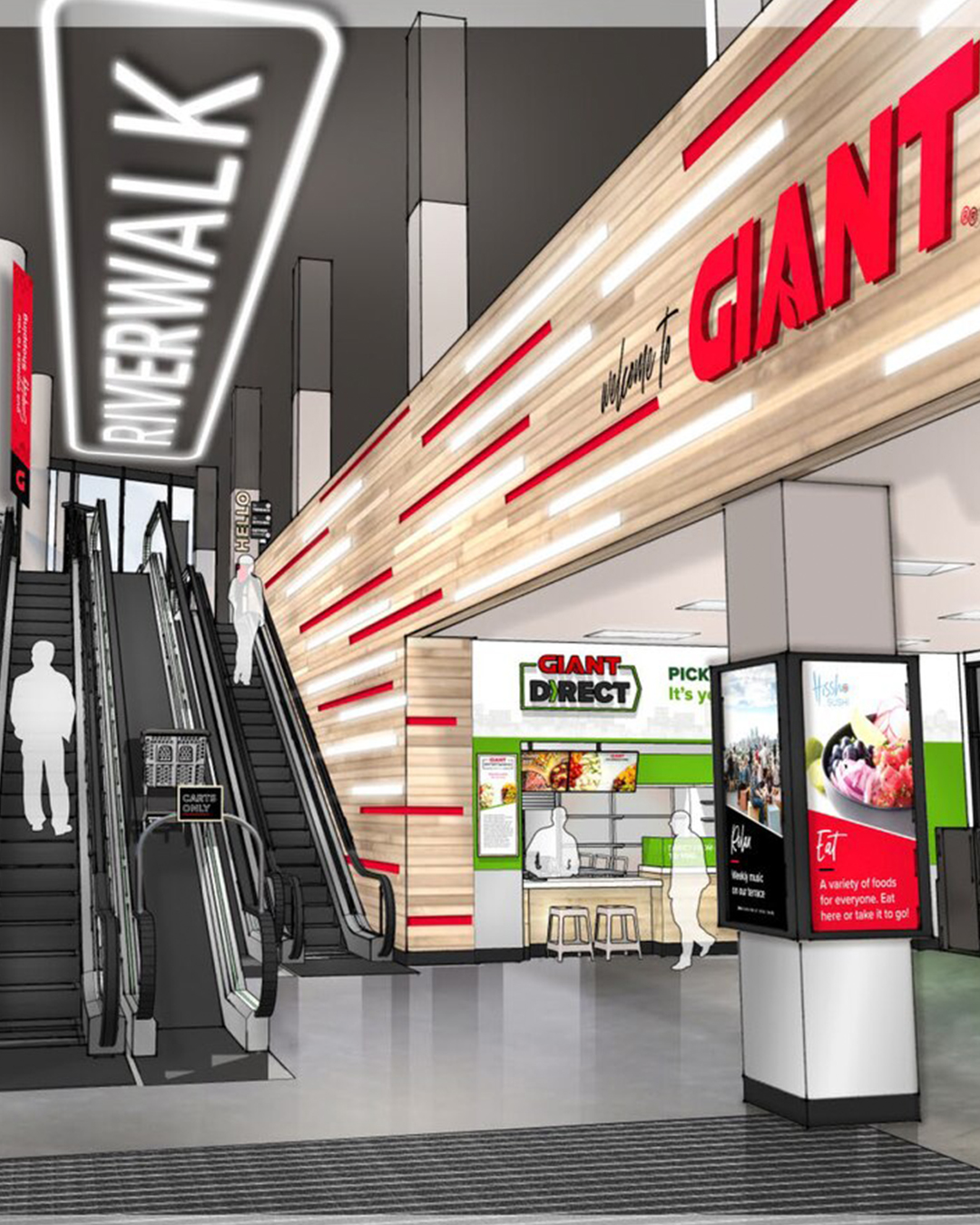 The supermarket wars are about to heat up next month as GIANT is planning on opening a flagship store at 60 N. 23rd St.  The new store is slated to open March 19th.  The new GIANT will be a sprawling 65,000 sq. ft supermarket and will feature a beer garden and food hall.  Shoppers will be able to enjoy free parking for the first two hours and $5 per half hour there after.

The new market will be situated on the ground level of the Riverwalk residential towers and will overlook the Schuylkill River.  The lobby of the towers will also feature a full size Starbucks. Just blocks away from Trader Joe’s, GIANT is banking on their new flagship market to do well despite numbers showing a dramatic rise of online shopping.

Based in Carlisle, PA, GIANT is a mainstay in rural south central Pennsylvania and is looking to expand its footprint in Philly. In total the GIANT flagship store will create 220 jobs and will be the fifth GIANT to open in Philly.

Chris’ Jazz Cafe Organizes The First Ever Virtual East Coast Jazz Festival!
6 Years After “Twerk-Gate” Clementon Park is Up For Auction and and Everything Must Go!