Carson Wentz Gets Traded to The Colts! - Wooder Ice 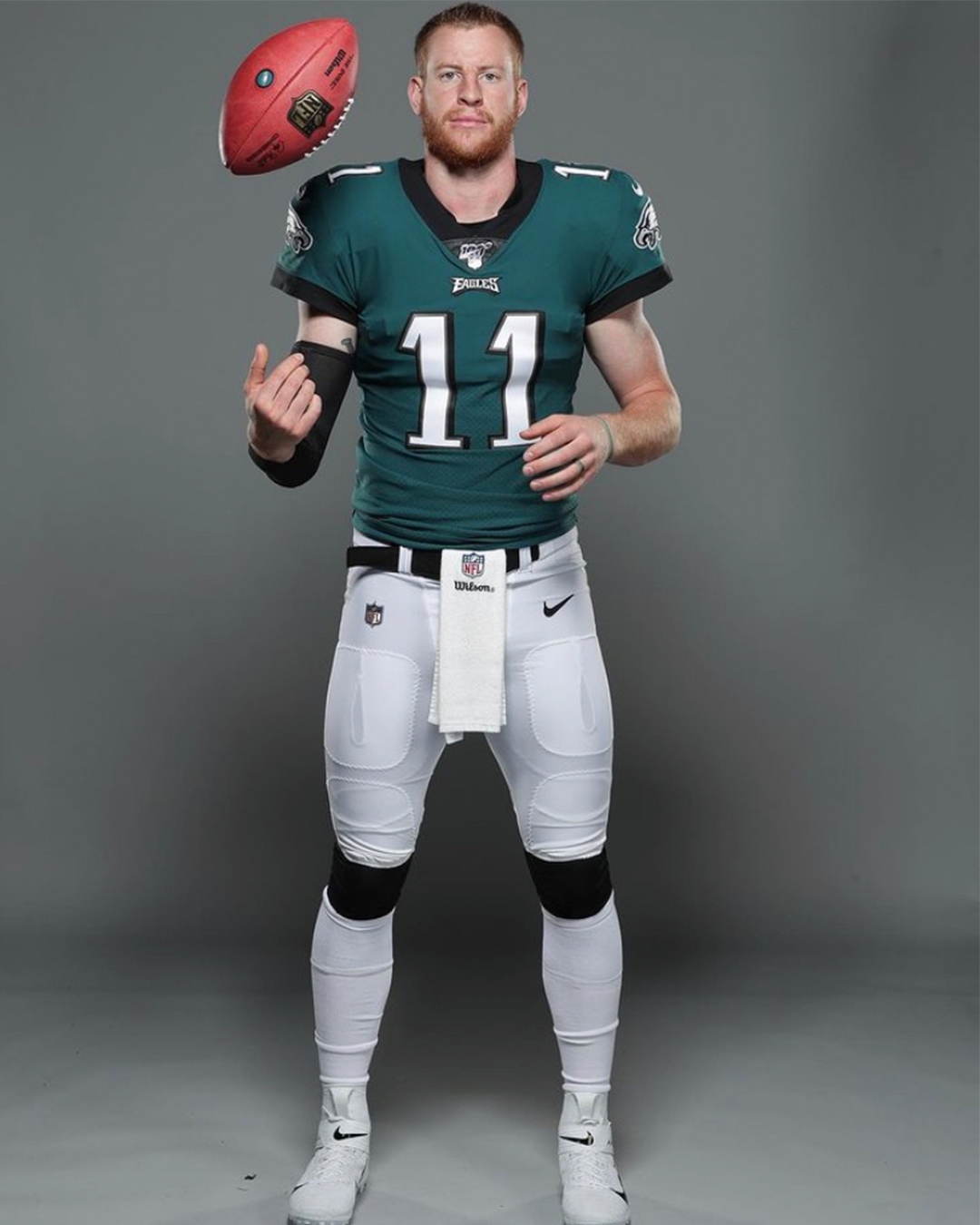 Carson Wentz Gets Traded to The Colts!

Carson Wentz Gets Traded to The Colts!

It’s the break-up you saw happening but still shocked to hear about it. After six seasons with the Eagles, quarterback Carson Wentz will be rocking the Indy blue & white. Bleacher Report is reporting that Carson Wentz has been traded for a 2021 3rd round pick and conditional 2022 2nd round pick.  Carson finishes his Eagles career with an 89.2 QB rating, 16,911 yards throwing 113 TDs 50 picks 179 sacks and 0 playoff wins.

Drafted in 2016 Carson Wentz was hailed as the next franchise QB after the Eagles moved up to snag him with the 2nd overall pick.  He tore it up his first two seasons.  In his rookie season alone Wentz threw for a league-record 379 breaking the record of 354 held by former teammate Sam Bradford. His 379 completions also set a single season franchise record, breaking the record of 346 also held by Bradford from the previous season. Wentz also set a single season franchise record with 607 pass attempts, the second highest attempts by a rookie in league history (Andrew Luck had 627 in the 2012 season).[55]Many felt he just wasn’t the same after is 2017 knee injury and lacked the confidence he had during that MVP run.  What followed next was a series of QB controversies, first with Nick Foles and more recently with Jalen Hurts.  It also probably didn’t help that a statue of Nick Foles was erected outside of the stadium.  There were also “leaked” reports that Carson was a bad locker room guy.  ““Indeed, sources describe Wentz as ‘incredibly hard working,’ ‘determined,’ and ‘highly intelligent.’ But the true Wentz is more nuanced and complicated, with sources describing him as ‘selfish,’ ‘uncompromising,’ ‘egotistical,’ one who plays ‘favorites’ and doesn’t like to be ‘questioned,’ one who needs to ‘practice what he preaches’ and fails ‘to take accountability.’ stated a Bleacher Report article in 2019.

The rumblings for a trade were heightened after the Eagles picked Jalen Hurts in the 2nd round of last year’s draft.  To make matters worse Wentz was eventually benched and his silence with the media was a clear indication that a storm was brewing.  Even though the Eagles parted ways with Doug Pederson it still wasn’t enough. Indianapolis seemed to always be the front runner for the Carson Wentz sweepstakes considering Frank Reich was the Eagles Offensive Coordinator during Wentz’s magical 2017 year.  Perhaps Jeffrey Laurie and Howie Roseman tried to give Wentz the next best thing by hiring former Colts Offensive Coordinator Nick Sirianni along with a couple of other Colts coaching staff members.

Either way the Wentzylvania movement has come to an end.