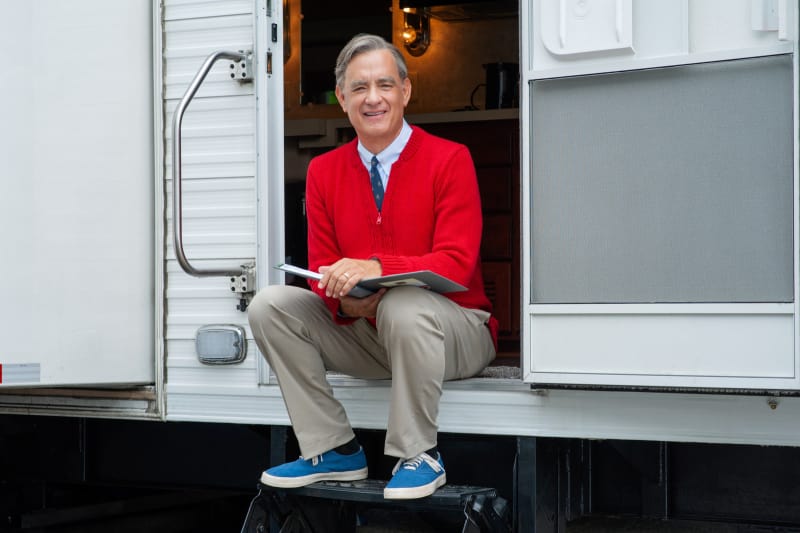 Get The First Look at Tom Hanks Playing Mister Rodgers!

Get The First Look at Tom Hanks Playing Mister Rodgers!

It’s a beautiful day in Hollywood, as Sony Pictures is poised to release the Mister Rodgers movies starring Tom Hanks.  One of the greatest actors of our time has been transformed into one of the most memorable childhood figures of our generation.

Fred Rodgers a PA native (Pittsburgh) created the children’s program Mister Rodgers Neighborhood which featured the Neighborhood of Make-Believe that ran for 895 episodes.  The program is even reaching children today.

To honor his legacy, Tom Hanks will be adorning the famous red cardigan and slacks Mister Rodgers wore.  The film is not yet title but is slated to be released in theaters October 2019 and will focus on Fred Rodger’s personal life including his relationship with journalist Tom Junod (Matthew Rhys), who, while working on a magazine profile of Rogers, learned more about kindness, empathy, and decency.  Do you think Tom Nailed it?

Whoa! The Creed 2 Trailer Just Dropped and It Looks Better Than The First Creed!
7 Reasons Why Sixers Owner, Michael Rubin’s Instagram is the Most Poppin’ IG in Philly