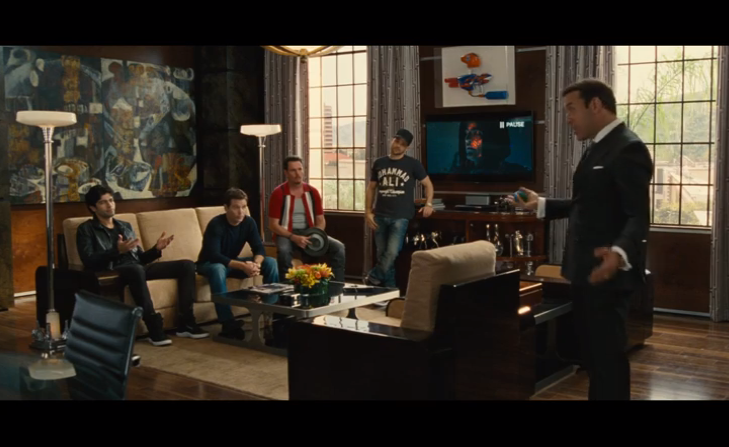 If the new Entourage movie trailer is any indication of what the movie will actually be like, sign me up.  The HBO series that ran 8 seasons had its fair share of ups and downs but for the most part it delivered.

Described as Sex and the City for guys, Entourage was littered with sex, power moves, money, and the fast life in general.  Mixed in were life lessons, mega business deals, and family drama.  This laundry list of great attributes are all prevalent in the new trailer.  As long as the director and producers stay away from the story arcs no one gives a rats ass about, such as E and Sloan’s bickering, and Vinny playing captain save-a-hoe with porn stars, the Entourage movie should deliver.  It remains to be seen, but damn it if the trailer doesn’t make it look like the Entourage we fell in love with back in 04′.

LISTEN: Canadian Crooner The Weekend Pens a Song for the 50 Shades of Grey Soundtrack
Good News Sony is Releasing The Interview, Bad News You Will Have to Travel Far to See it