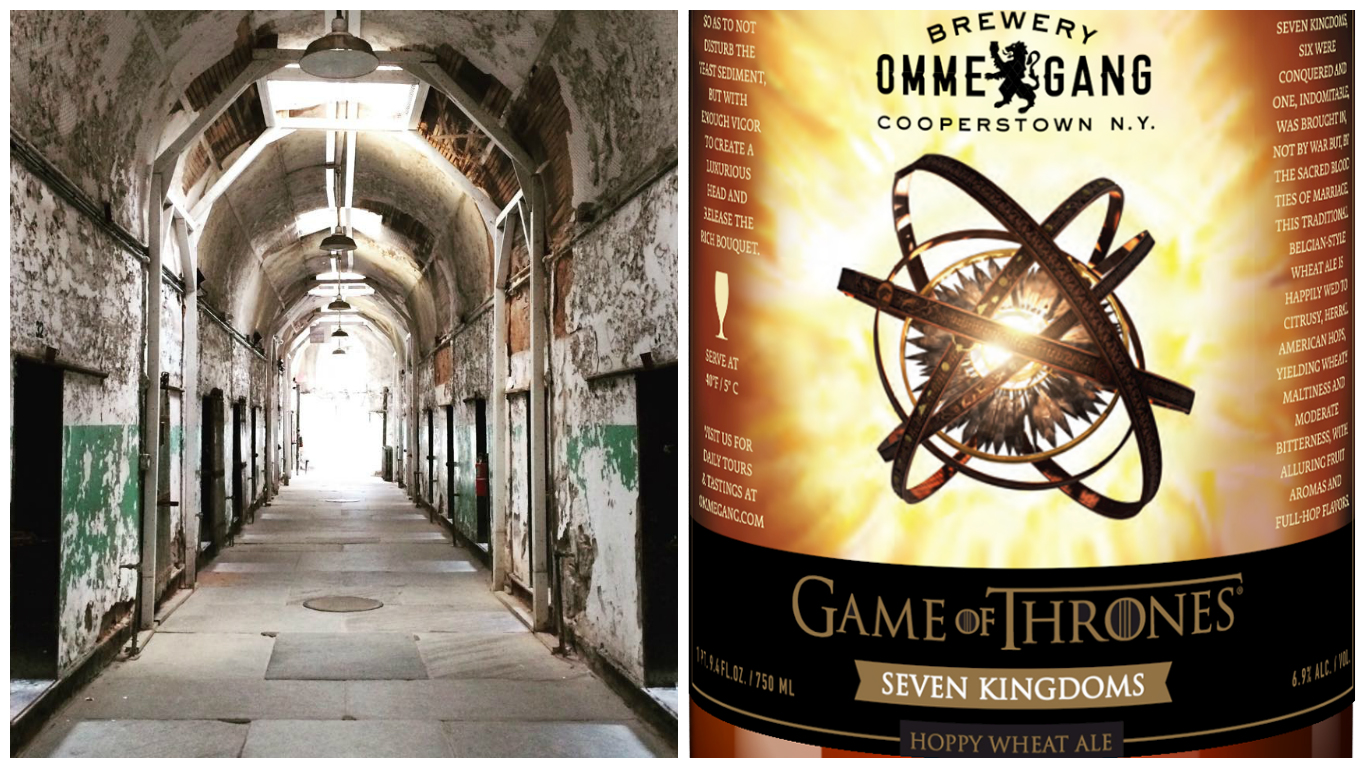 We’ve seen a ton of launch parties in our day.  Businesses turned into winter wonderlands in the middle of the summer, and carton fantasy lands in the Piazza but this may take the cake for the coolest and most creative. On Thursday April 14th from 8-11 pm, Ommegang brews will transform the iconic Eastern State Penitentiary (2027 Fairmount) into the Seven Kingdoms of Westeros to launch their new Game of Thrones Beer, “Seven Kingdoms of Hoppy Wheat Beer.”

The castle like structure that was once home to some of the most hardened criminals in the U.S including notorious mobster Al Capone will be the perfect setting for visitors to march through and taste some of the best beers Ommegang has to offer.  Sections of Eastern State will be decorated to represent each of the Seven Kingdoms of Westeros, so Game of Throne fans will have an ultra cool experience. Fire spinners, live music and a DJ will also be on-hand because every kingdom needs entertainment right? In addition an assortment of other beers will be on hand as you wonder through each kingdom (for those wondering about variety).

In addition meats and cheeses will be supplied by Di Bruno Bros. So after chugging down all this beer and scarfing down Di Bruno Bros. you’ll need a place to park your keister.  Well the Iron Throne will also be on had for the perfect Instagram photo-op.  Tickets will run $55 a pop and can be purchased here.

Continue Reading
You may also like...
Related Topics:eastern state, game of thrones, ommegang