Eagles Release Schedule and It Looks Link Shady is Coming to The Linc! - Wooder Ice 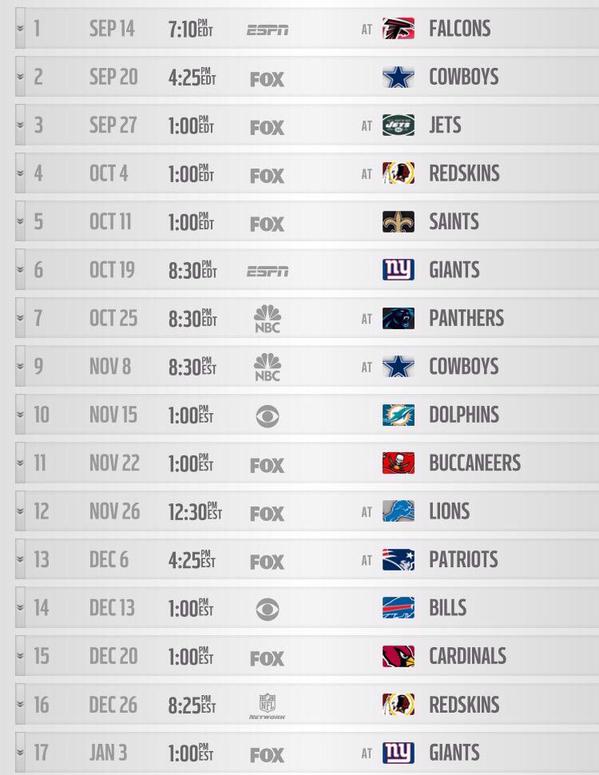 But seriously, that schedule is pretty much as good as it could be set up. Dallas on a short week is tough and obviously going to New England is never a good thing. But other than that, the Eagles should be able to be in every single game they play this year [contingent on so many roster decision…so many].

Some games of note: Thanksgiving Day against Detriot should make for another fantastic Turkey Day. Shady will come back to the Linc in Mid-December when Buffalo rolls around. A November 1st bye week. And of course, every primetime game that will happen, which is a total of five, six if you count Thanksgiving. The NFL can’t get enough of Chip. Read More