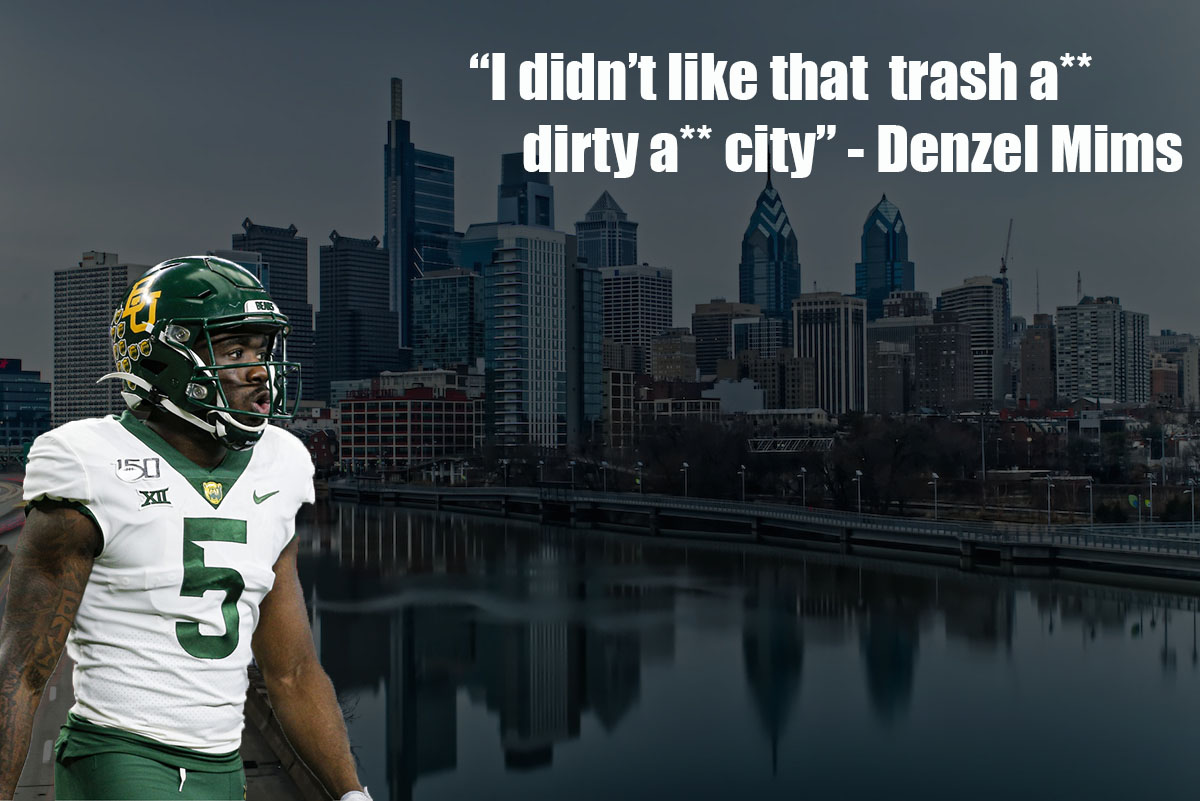 Denzel Mims is back with more Philly hate.  The Daingerfield, Texas native who grabbed headline when he visited Philly before his senior season  and stated he feared for his life.

“We went up there and just spent a lot of time together. And the experience I had, I was very scared. I wasn’t familiar with the whole city and it was a lot going on. You see a lot of people that look scary. And, you know, I’m not part of that, I don’t like that. I mean, I had a bad experience, you could say, going up there that first time. But I feel like if I go there more and if I get familiar with it, I’ll have a great time.” Mims stated

The Baylor wideout who is now a New York Jet after the Eagles passed on him for Jalen Reagor and rightfully so.  Mims wasn’t done expressing his disdain for Philly.  During a game of Call of Duty, Mims was quoted as saying,  “I didn’t like that dirty ass, trash ass city.” Since then Mims has now filtered his IG comment section because he knew Eagles nation was coming for that ass.

Let’s just say if the Jets ever come to The Line we know the Eagles faithful will give him a very nice Philly welcome.

#Jets rookie WR Denzel Mims on his pre-draft interview with the #Eagles : “I didn’t like that dirty a**, trash a** city.” (Video : phillybirdsonly IG) pic.twitter.com/Cws1KUtMk1

Patrick Mahomes Signs the Largest Contract in Professional Sports with a 10 Year $400 Million Deal!
Eagles are “Disappointed” in DeSean Jackson After He Shared a Hitler Quote on Social Media!