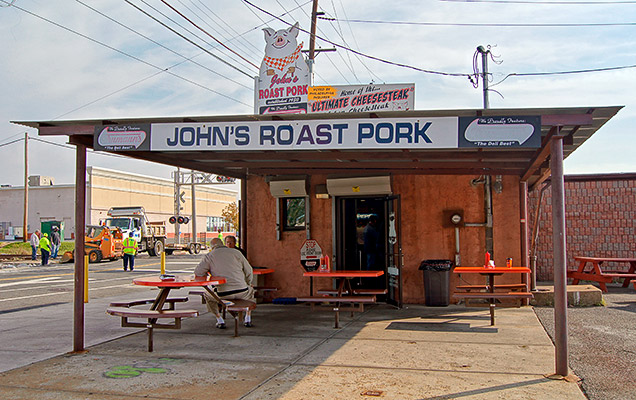 Matt Gleason of South Jersey is definitely going through a rough time since his father John “Butch” Gleason recently passed.  With the funeral set for this coming Saturday everything has been pretty much set except for one thing.  A John’s Roast Pork sandwich.

It seems as though Butch who was born in Philadelphia was such a huge fan of the eatery that he requested to be buried with one.  That’s right as mourners come pay their respects to Butch they will see him resting along side a roast pork sandwich with extra sharp provolone and spinach.  Matt stated that this seemingly odd request was one of his father’s dying wishes, stating “The day I die promise me you’ll put one of his sandwiches in my casket.”

How can you deny a man’s last wish especially that of your father? Which is why Matt recently stopped into John’s Roast Pork and picked up the special request.  He plans to keep it in his freezer until the funeral.

Butch who was a respected basketball coach and even received praised from Temple Men’s Bball coach Fran Dunphy, was also a foodie.  Having honored Butch’s last request John, the owner of the sandwich shop personally autographed the wrapper of the sandwich with a sharpie which read, “To Butch from John Jr. RIP”.”