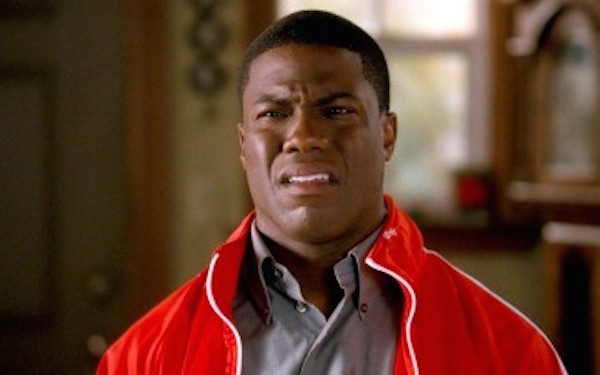 It almost seems like a common occurrence of hackers leaking sensitive information and pictures to the public.  From personal information of controversial public figures to nudes of celebrities, groups such as Anonymous have been busy as of late.  The most recent leak comes in the form of emails sent between Sony Pictures executives discussing their displeasure of Kevin Hart’s lack of social media promotion.

The emails were part of the 11,000 gigabytes of data that was hacked from Sony Pictures. Among the data were email correspondences between high level executives discussing stars such as Angelina Jolie & Seth Rogen which have already been made public.  Kevin Hart is now the latest subject to be leaked.  In the emails which were sent between Sony Pictures co-chair Amy Pascal, studio executive Clint Culpepper, and Sony Entertainment CEO Michael Lynton, the emails talk about their frustration with Kevin Hart’s request to be compensated for social media promotion after he completed a movie.  The executives feel that the $3 million they paid Kevin should include his willingness to promote what is believed to be “Think Like a Man Too” on his social media channels.  However, Kevin and his management team felt that Sony should pony up more cash for the extra push.

Here is an excerpt from Clint Culpepper’s email:

As I suspected, I got a call from Jeremy Zimmer today informing me that they feel that if we’re going to expect and take advantage of Kevin’s social media savvy that “they” feel there is a price to be paid for it which is above and beyond the 3M he was paid to do the film. Jeremy was very clear that Kevin would do the normal publicity asked of him like junket, tv shows, radio interview, etc. however, the social media blitzkrieg would cost us. I told him I was in a big meeting but would call him back. I’m tempted to suggest we call his bluff. If his film does NOT perform it hurts his brand and we have his next 3 films. I’m not saying he’s a whore, but he’s a whore. Let’s discuss in Tuesday’s MPG mtg?

Apparently Mr. Culpepper felt that Kevin should have been promoting the movie to his 10 million Instagram followers and 14 million twitter followers.  Culpepper felt that since Kevin failed to do so, it was literally like buying a car and being told the engine is sold separately after the purchase.

It’s not as if we paid him 3M and 4M respectively for his last 2 films thinking he might be nominated. We paid for his ability to open a film which included his social media savvy. I feel like this is something that should be negotiated going into the film as opposed to after the fact. It feels tantamount to buying a car and then upon picking it up being told that the engine will cost extra. I’m tempted to suggest we call his bluff. If he doesn’t do his normal routine, his film will not open as well and his brand will appear diminished and he will- in fact – be f—— himself because we have his next 2 immediate films. And then there’s the social media precedent we’re setting…especially in light of the fact that Channing is at the same agency.

Like with most jobs that require a contract the scope of what was to be done was apparently missing. However, Mr. Culpepper and the Sony staff have made it clear that moving forward they will include language within the contract to prevent future “misunderstandings.”