Christian Crosby and His Nice Brand Is More Than Clothing, It's a Way of Life - Wooder Ice 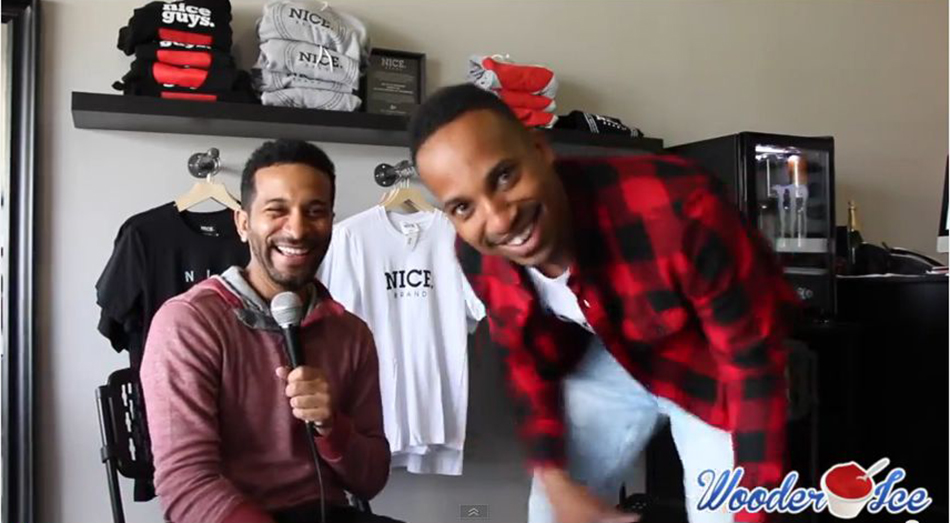 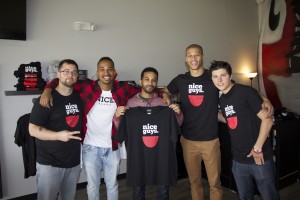 On a lazy Sunday afternoon in South Jersey we met up with one of Philly’s rising talents. With the energy that would make Red Bull jealous and classic hosting skills that would make Dick Clark proud, Christian Crosby has continued to rise to the occasion and now owns the spotlight at 6er home games. However, this budding talent is not content with just flashing a smile for the thousands of fans at home games or during televised interviews. Christian looks to create an empire one Nice Guy at a time.

As we pulled up to one of the region’s sneakerhead Mecca’s Kicks Kafé,we weren’t sure what to expect. After all we’re talking a young talented guy with what seems like the world at his fingertips. However, instead of encountering a cocky or arrogant entrepreneur we came across a self proclaimed Nice Guy. Christian Crosby who began his ascent within the 6er organization as a member of the Phlight Squad (those guys that do those insane dunks off the trampolines during halftime and intermissions) quickly moved up the ranks as the organization realized the talent this kid possessed. As he detailed his transition the positive vibes became infectious and soon the entire crew and store was nodding and smiling along as Christian recanted his experience. 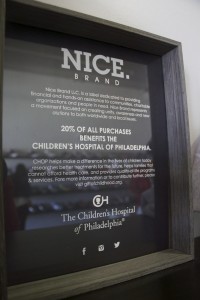 20% of proceeds from Nice Brand Clothing go to CHOP

After six years of dunks and amping-up the crowd he now holds center court at all home games as their official in-arena host as well as interviewer and special events MC. Perfect time to settle-in and call it a career right? Wrong. Christian Crosby is doing anything but settle. Leveraging his talents, branding capabilities and marketable personality he quickly established his own Nice Guys Brand. What began as just posting random YouTube clips using the Nice Guys hastag, his following quickly grew. Before long folks were constantly bombarding him with requests for tees and merchandise.

Not looking to let a perfect opportunity slip through his hands, Christian capitalized on the moment but in true Nice Guy fashion, he wasn’t looking to rake in all of the profits. Instead he found a way to partner up with the Children’s Hospital of Philadelphia and agreed to give 20% of all proceeds.

As his Nice Brand Clothing continued to grow so did the opportunities to build his empire. As Christian gleefully hinted towards upcoming projects he has planned, it became apparent that he wasn’t just selling tees and merchandise he was selling a lifestyle. “I believe there is a nice guy in everyone,” he explained.

As the interview began to come to a close, everything just started to click. The Nice Branding, the Nice Message and the Nice Lifestyle. In a nutshell, Nice Brand is centered around positivity and the carefree spirit we all should be attacking life with because in Christian’s World Nice Guys always finish first.

You Can Purchase Nice Brand Clothing at: