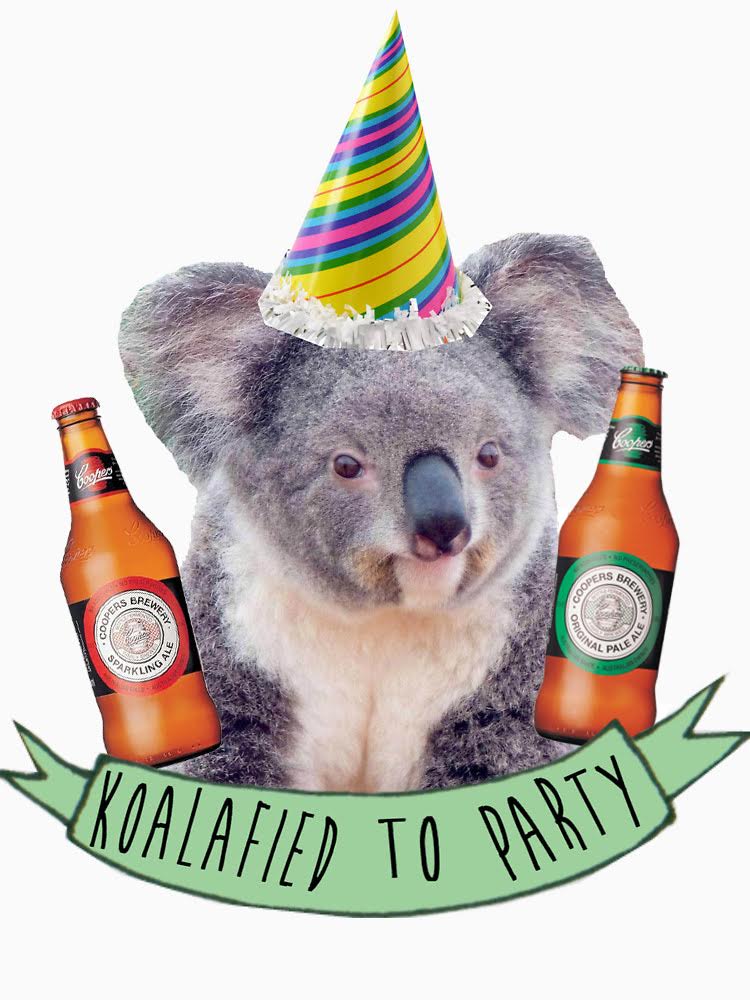 Celebrate Australia Day on Thursday, January 26th at Devil’s Den — 6-8pm! No, I didn’t just make this day up! It’s celebrated annually on the 26th of January and marks the anniversary of the 1788 arrival of the First Fleet of British Ships on Australian soil. In present-day Australia, celebrations reflect the diverse society and landscape of the nation, and are marked by community and family events, reflections on Australian history, official community awards, and getting drunk in your neighbor’s pool (because the seasons are backwards…..)

Erin Wallace has imported special Australian Beer directly from Adelaide, South Australia – Coopers Pale Ale $6 (naturally conditioned in the bottle or keg. This brewing method gives the ale a distinctive, fine cloudy appearance and deep golden color. It pours with a generous level of foam and does boast some sediment. Locals will lightly roll the beer before pouring. No additives. No preservatives)

& Sparkling Ale $6 (a traditional beer first brewed in 1862 with Coopers’ unique strain of yeast. To enjoy the beer, locals lightly roll the bottle to mix in the yeast sediment before pouring. No additives. No preservatives).
Chef Paul Trowbridge will be making traditional Australian foods such as Sausage Rolls, Pasties, and Fairy Bread. I even might just bring some vegemite treats.
The event on Thursday will also boast an Australian themed Quizzo featuring interesting facts about Australia along with prizes imported from “Down Under” and a special Australian sound track.
Continue Reading
You may also like...
Related Topics:austraila day, devil's den

6 Reasons Why The Chinese New Year is Better Than Traditional New Year’s
Coreanos in Chinatown Square is Fusing Korean With Mexican Food and It’s Amazing!