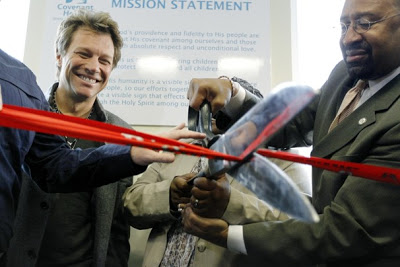 Today Bon Jovi will be in the Francisville section of Philadelphia to unveil a new 55 unit building that will be called the “JBJ Soul Homes.”  JBJ, which obviously stands for John Bon Jovi, will house low income families as well as former homeless people.  Bon Jovi’s Soul Foundation along with Middleton Partnership provided the lion share of the funding with a whopping $16.6 million for the project.  In addition to housing, JBJ Soul Homes will also contain retail and office space.

Kudos to Mr. Bon Jovi for continuously giving back to the Philly community.  If you are in the area today, swing by and rock out for a great cause.