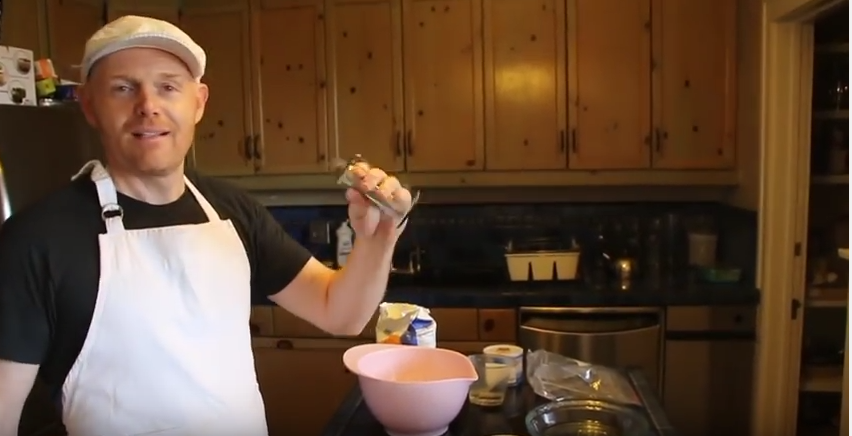 Notoriously famous in Philadelphia for his 2006 tirade during the Opie and Anthony Traveling Virus Comedy Tour back in 06′ when he verbally abused the audience with some of the most vulgar jokes known to man kind (watch video here), he has since gone on to major fame.  Several hit stand-up specials as well as T.V and movie appearances, Bill Burr has cemented his stake as one of the top comics out now.  So when we stumbled upon a video of him giving a cooking tutorial we had to share.  Watch as Bill teaches you how to make pie crust and have you in stitches, check it out!