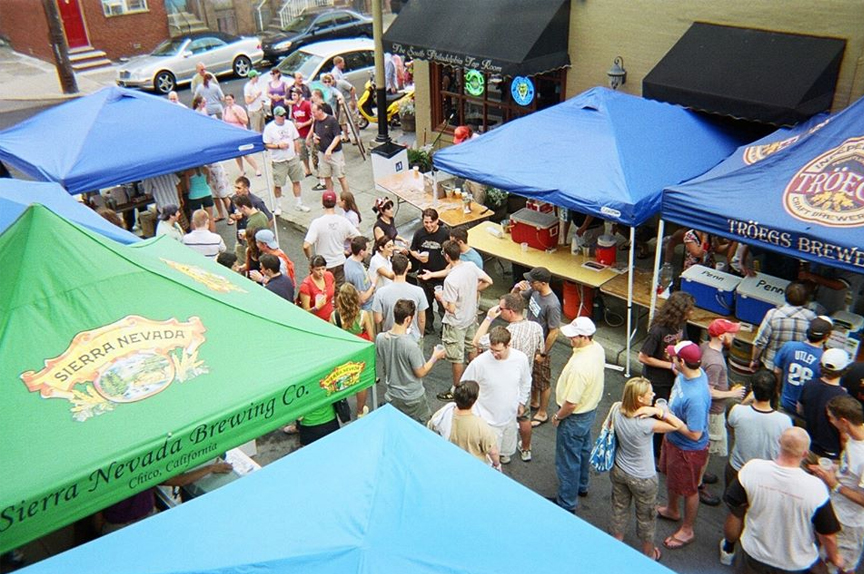 The 12th annual South Philadelphia Tap Room Wheat Beer Fest returns to it’s long time home at Mifflin & Hicks St , Saturday May 20th. This block party is always our favorite event of the year: $4 wheat beers all day long from top ranking breweries near & far, live music from 12pm-7pm, snackable BBQ & sausages in the street- what’s not to like?

Over 30+ drafts will bring you a sparkling array of witbier goodness to choose from- we’ll have a bunch of other styles too: super fresh IPAs, cool sours, pilsners, ciders… & much much more.

Outside street snacks include BBQ chicken wings with potato salad from the SPTR crew, hot Italian sausages & vegan sausages will be provided by the American Sardine Bar.

A fantastic lineup of musicians will be performing throughout the day – enjoy the soulful psychedelica of St. James & The Apostles, classic mummery from Quaker City String Band, Blayer Pointdujour & The Rockers Galore, a solo set from Arrah Fisher (of indie pop darlings Arrah & The Ferns), blistering garage (basement?) punk from South Philly’s Los Gueys, and the sunny harmonies of Groovy Movies.

SPTR will open at 11am that Saturday as usual- so feel free to swing by for a bite or to hang out as the festivities get under way. Hope to see you on the 20th!

The South Street Spring Festival Needs Contestants to Compete in their Philly Taco Eating Contest, Who’s In!?
LA PEG REOPENS HAAS BIERGARTEN, PLUS OTHER FUN SPRING EVENTS ON THE RIVERFRONT