Artist Lauren West Helps to Brighten Up a Once Dark Spot in Port Richmond! - Wooder Ice 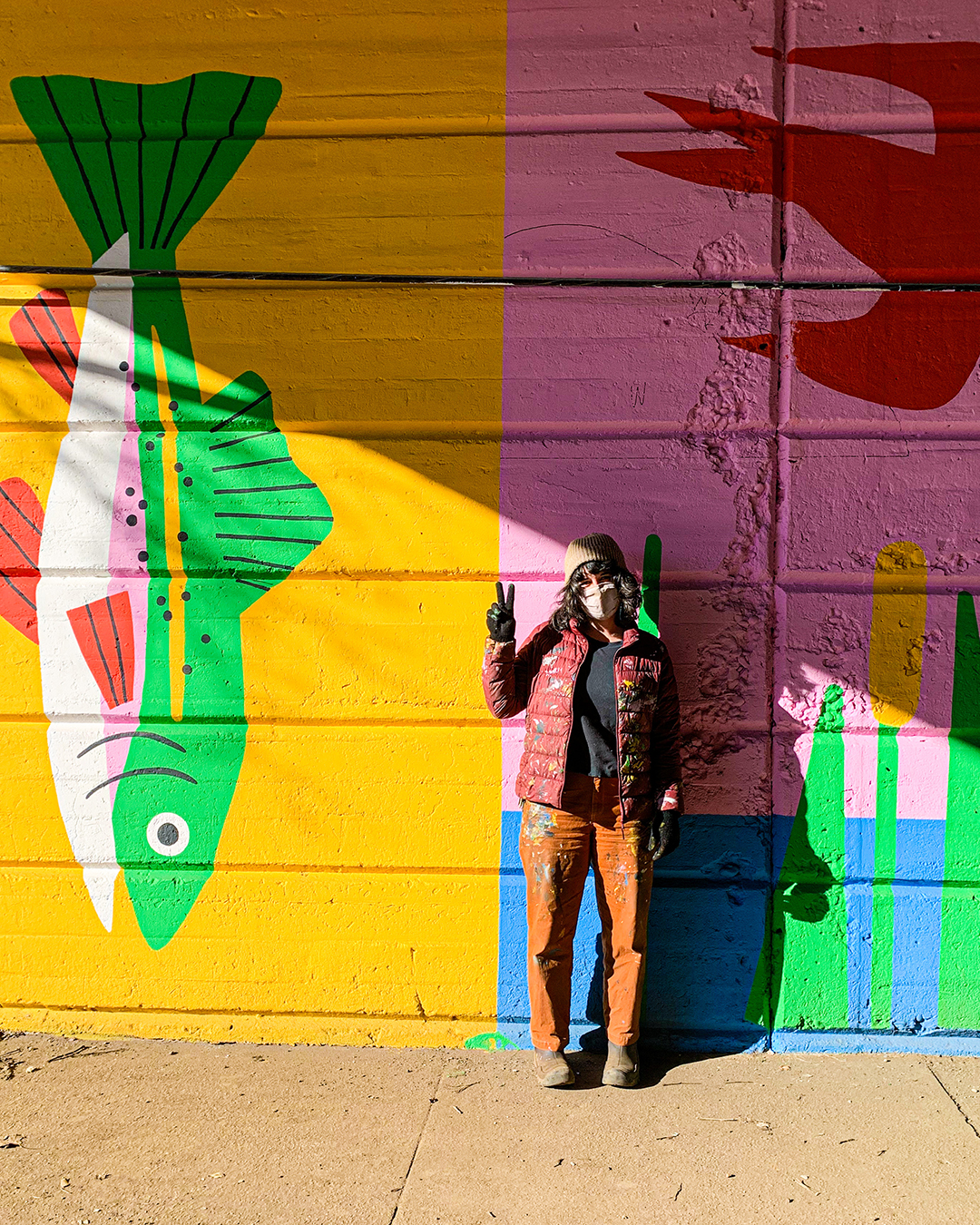 Artist Lauren West Helps to Brighten Up a Once Dark Spot in Port Richmond!

Artist Lauren West Helps to Brighten Up a Once Dark Spot in Port Richmond!

This past December Philadelphia-based artist Lauren West and her crew began a project to create one of her colorful and bold murals along Tulip Street’s underpass just north of Lehigh. The bright reds, oranges and yellows are a stark contrast to what this exact area looked back in 2018 when an encampment occupied the street. 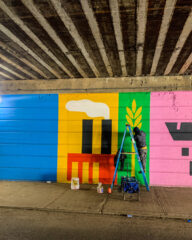 Plagued by the opioid crisis that rocked Port Richmond and nearby Kensington, the underpasses along Lehigh avenue were riddled with encampments and homelessness.  Although, housing inequality and the the opioid crises are still prevalent, the Port Richmond Neighborhood Association was looking to heal and beautiful the space and enlisted the help of West to make it happen.

Known for using bright colors and playful images, Lauren West wanted to encompass the rich history of the River Wards and infuse nature.  From the old factories, to wildlife to weeds growing on fences, West’s mural showcases all the small things that make Port Richmond such a unique neighborhood. “(The mural) shows humans relationship with nature and nature’s relationship with humans in an urban environment.  But it also shows history of the region, folk art, cultural influences, etc, Kind of a story of what was once and what is now in Philly near the waterfront.”

Helping Lauren to create this two-wall mural were artists Tash Billington, Emily White, Ali Awan, Shawn, Akeil, Mike, Zerbe and Mural Art’s “The Guild,” which is an apprenticeship for formally incarcerated individuals and young adults on probation. The Guild helps to reconnect these individuals with the community as well as help them to develop job skills through mural making, carpentry and mosaics.

Stretching 580 ft. long and 12 ft. high on both sides, the mural is being completed this week and will serve as both a reflection of the past as well as a beacon for change.  Lauren’s next project will be finishing the pillars at SEPTA’s Walnut Street Station. A project that was put on hold due to the pandemic. 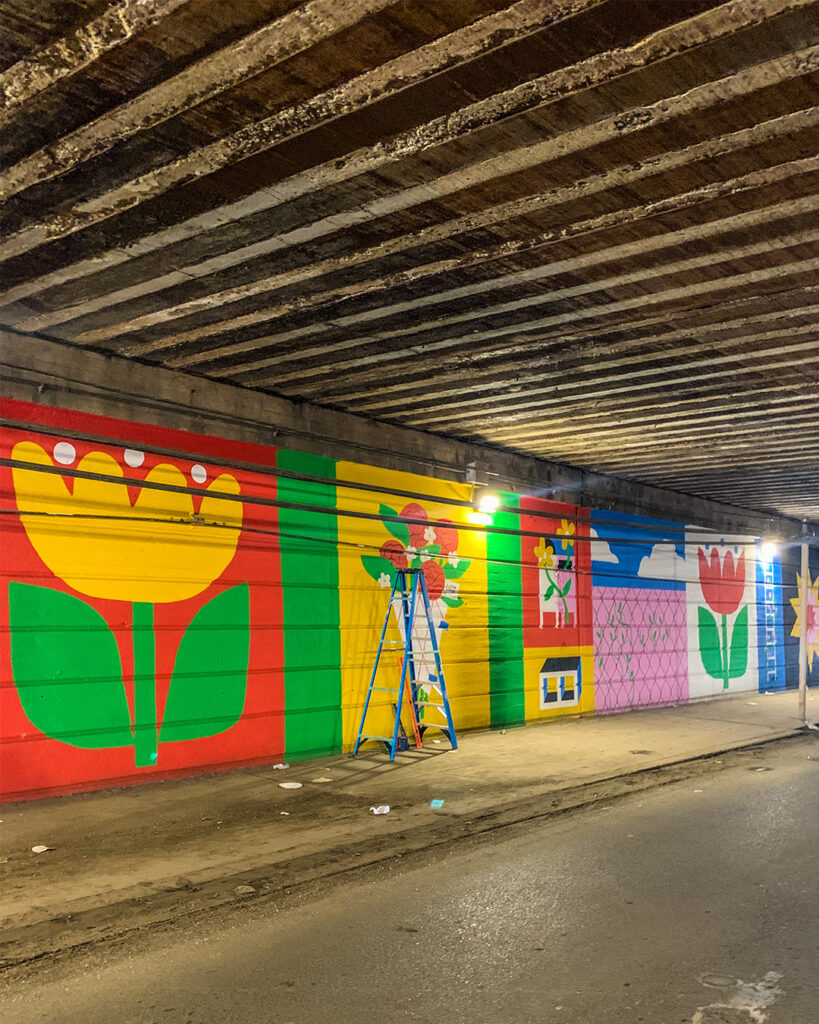 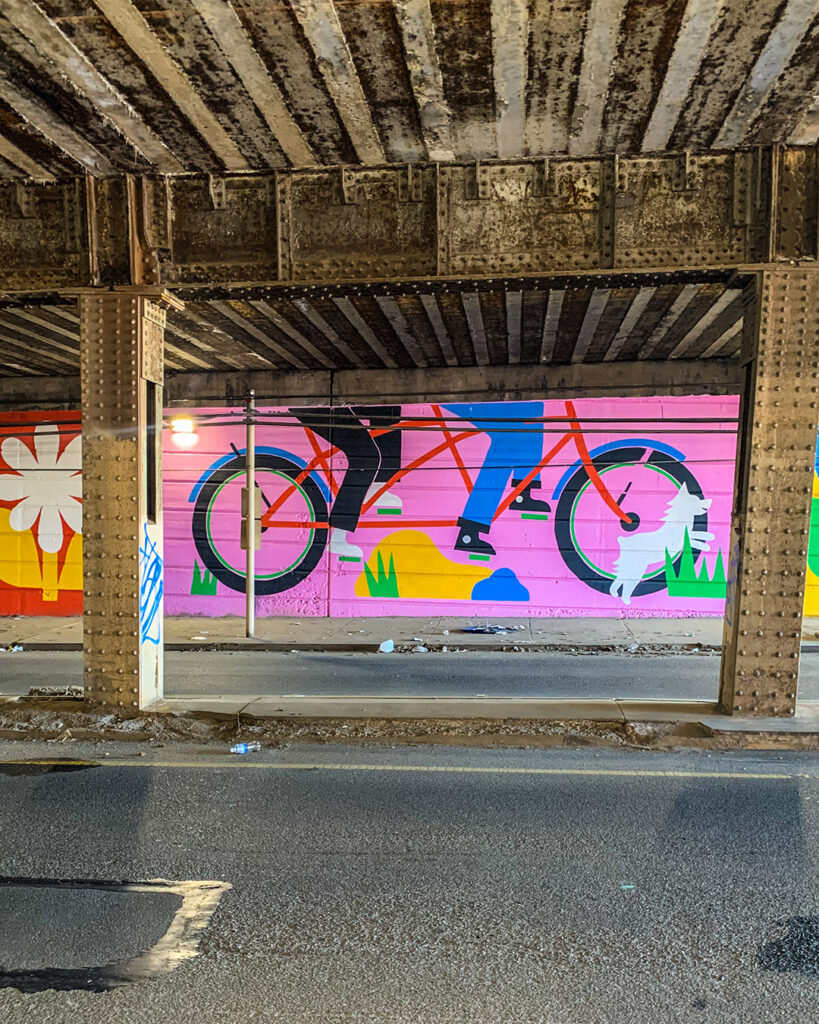 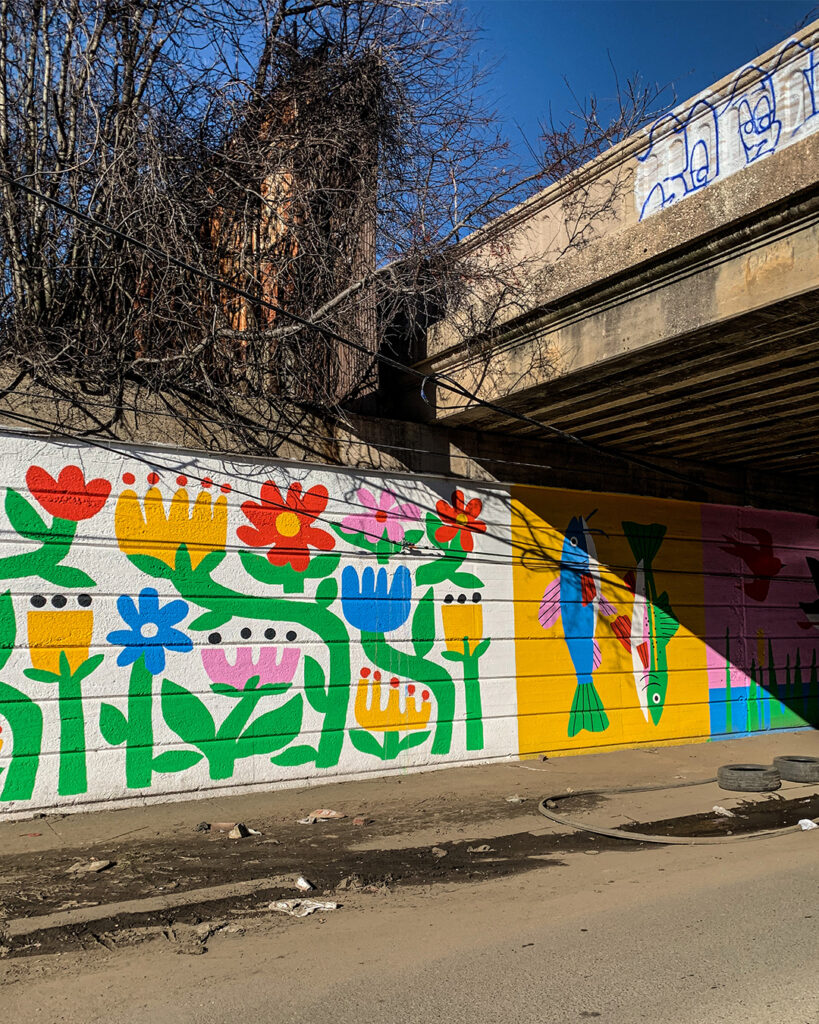 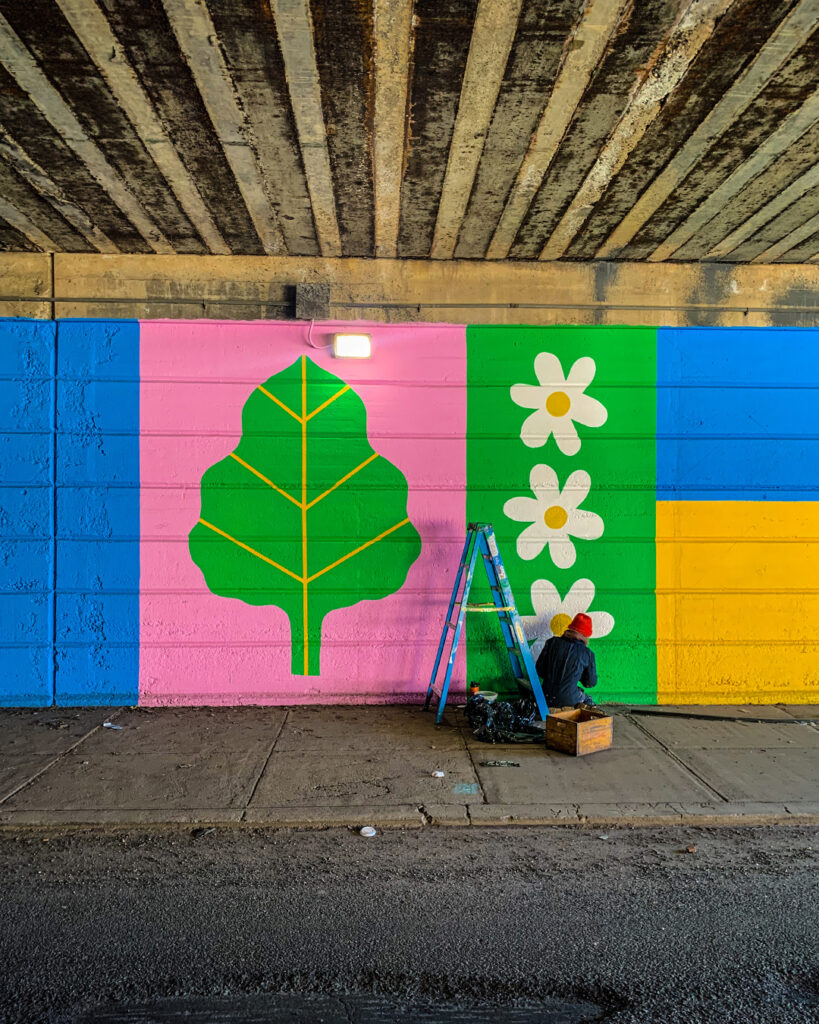 Tickets are Now on Sale for The 2021 Philadelphia Flower Show!
Franklin Square Has Hidden 12 Keys Guests Can Find to Win a Prize in Honor of Benjamin Franklin’s Bday!