All Summer Long, Liberty Point Will Be Hosting a Music Series For a Great Cause - Wooder Ice 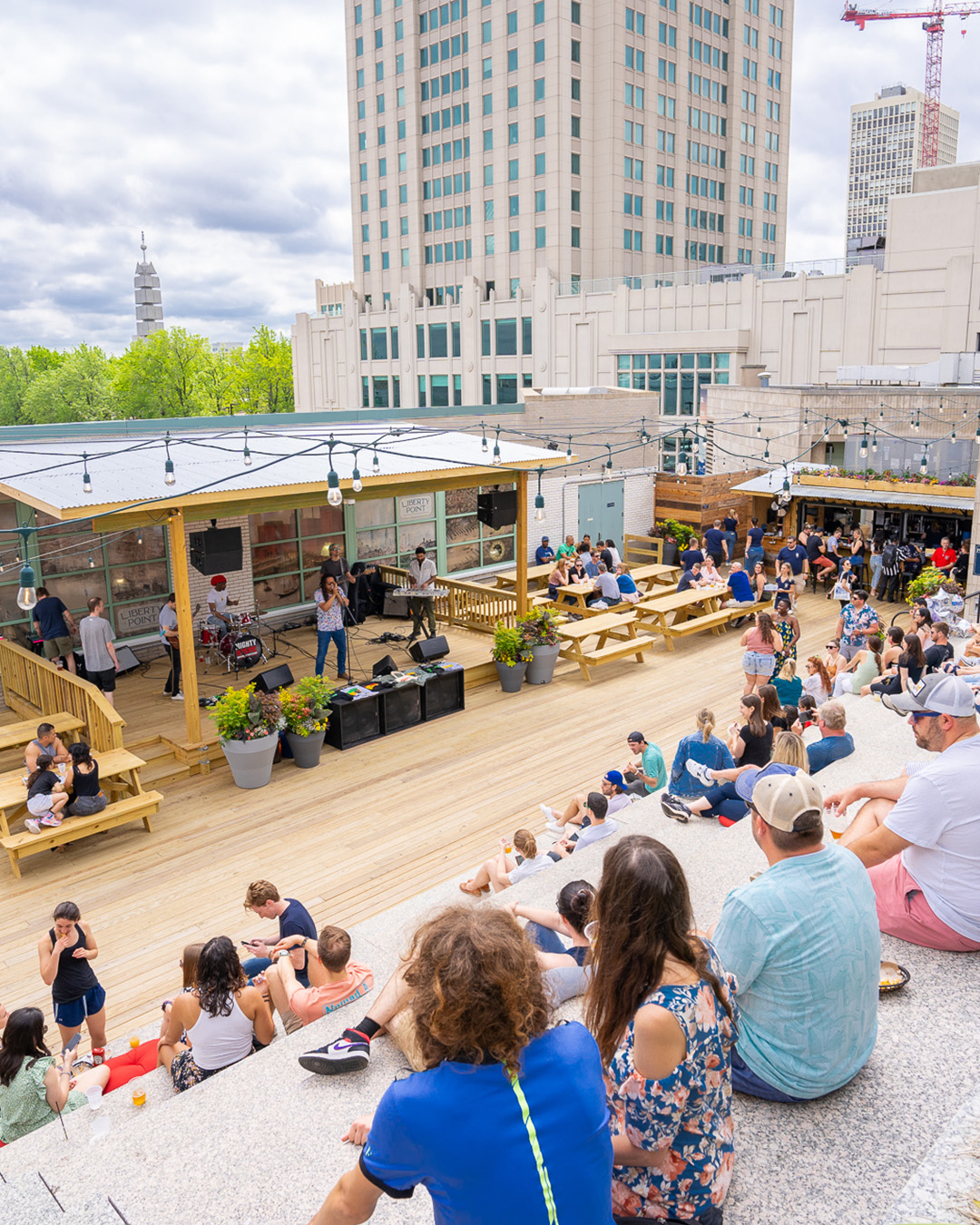 All Summer Long, Liberty Point Will Be Hosting a Music Series For a Great Cause

The series will commence on July 5th with Kensington Clearwater Revival and Delicious City’s own Chef Eli Kulp kicking off the series. Doors open at 6 p.m. every Tuesday, and admission costs $15 per person (excluding food and drink), with 20 percent of all ticket sales benefitting reproductive rights. Advanced reservations via Resy are highly encouraged, as each chef will be selling a limited number of their curated dinners. Prices for these set dinners will fluctuate ($35-$50) between each chef based on their offerings. Reservations for the following week’s installment go live every Wednesday at 12 p.m., with each subsequent chef‘s menu made available. Liberty Point, the largest restaurant in Philadelphia, showcases unobstructed panoramic waterfront views, with amphitheater seating accommodating up to 500 guests for the concerts.

“Delicious City Philly’s entire premise was built on celebrating the dynamic Philly food scene, while building community within it to support and uplift an industry that has been through so much in the past couple years,” said Kulp. “With this being the first summer in over two years that we feel great about gathering, it’s the perfect time to combine our shared love of food and music to throw a great Philly Grown party, which is exactly what this city needs right now.”

The artist lineup for the series was curated by Marley McNamara, who recently joined FCM Hospitality as the Director of Live Programming. McNamara’s history in the Philadelphia music scene includes managing multiple emerging bands over the years, and most recently, she was the lead showrunner and regional talent buyer at Johnny Brenda’s before teaming up with Hornik to launch Philly Independent Productions. Click here for tickets.

Continue Reading
You may also like...
Related Topics:liberty point, liberty point concert series, philly event, things to do in philly