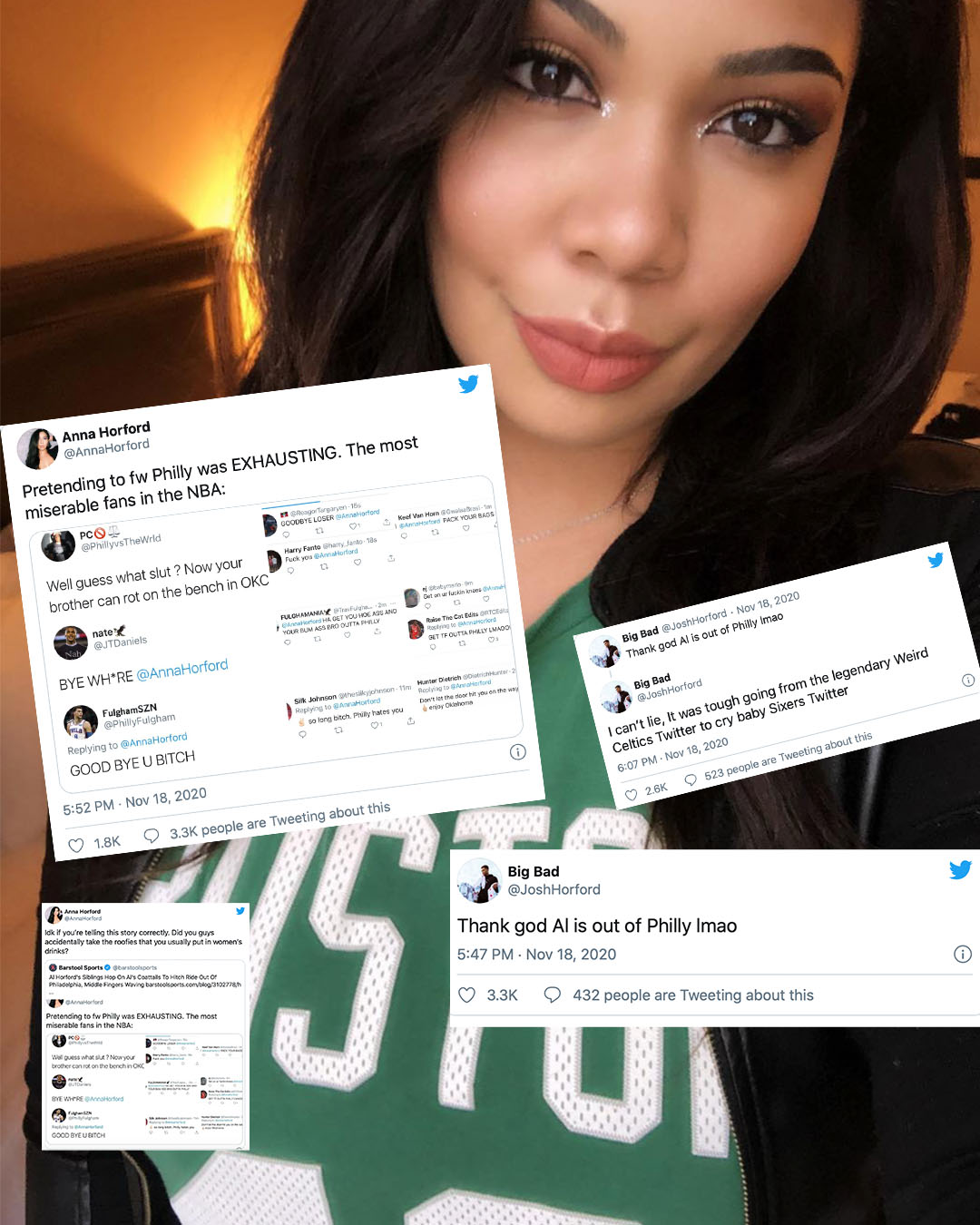 Just minutes after the Al Horford trade was made official his siblings didn’t waste any time jumping on social media to talk trash about Sixers fans.  In a tweet Anna Horford stated “Pretending to fw Philly was EXHAUSTING. The most miserable fans in the NBA:” and went on to post screen shots of Philly fans that had a little something to say about her.

Not long after Anna’s tweet, Al’s little brother Josh Hoford chimed in to defend his trolling sister by saying, “Thank god Al is out of Philly lmao”

Al Horford who signed a 4 year / $109,000,000 deal was traded to the Thunder in a trade that brought the Sixers back-t0-back champion Danny Green.  Every Sixers fan was dying to get get of Al due to his lack of performance and hefty price tag.  Now we’re even happier to get rid of his leaching family members as well.   See their tweets below:

Pretending to fw Philly was EXHAUSTING. The most miserable fans in the NBA: pic.twitter.com/swmFGu7wep

Idk if you’re telling this story correctly. Did you guys accidentally take the roofies that you usually put in women’s drinks? https://t.co/DoCePTPD2A

I can’t lie, It was tough going from the legendary Weird Celtics Twitter to cry baby Sixers Twitter

Thank god Al is out of Philly lmao