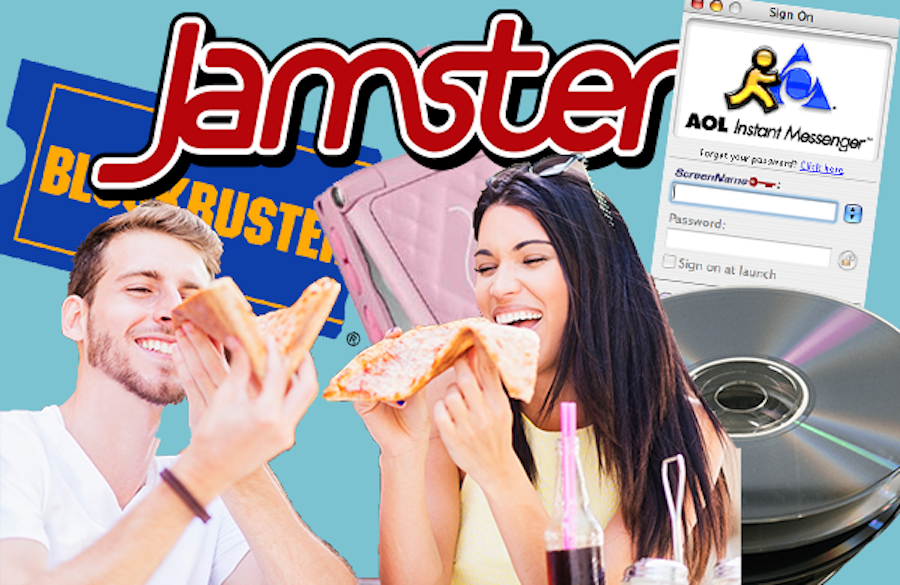 I hate to be one of those “back in my day” folks but I gotta’ make an exception here.  You see the early 2000’s was a special time in the dating world.  Cellphones weren’t “smart” yet but they served a valuable role.  Social media didn’t feature live videos, and watching a movie at home meant having to leave the house to go get it.  For those looking to take a little trip down memory lane, here are 8 things we miss most about dating in the early 2000’s.

Making Mix CDs For Your Crush!

Making Spotify playlists just seems so impersonal.  It took a lot more effort and thought into making mix CDs.  Back in the early 2000’s we had to expose our computers to viruses via sites like Limewire to find the perfect songs.  Presenting a mix CD was a big deal in a relationship.  It was like burning all of your emotions and hopes onto a shiny silver disk and handing them to someone in hopes that they listen.  Also you had to make sure your handwriting was legible and the CD case was legit.

Pre-Recorded Voicemail Messages With the Music in the Background

Remember turning up your stereo to some Jodeci or some 112 to record your voicemails?  You’d let the song play out a bit then hit them with a “Hey *pause* sorry can’t answer your call right now but if you leave a message I’ll get back to you.”  Then you let the song rock out a bit more then *beep*.  Yea at the time it was kind of annoying but it’s missed now.  No one puts thought into their voicemails especially when you’re dating.  It was like setting the mood even when you’re not around.

Before Netflix & Chill There Was Blockbuster & Kick-it

Ahh the nostalgia of making it a Blockbuster night.  These days with Netflix the date begins and ends at the house but back in the day a Blockbuster Night was more of an adventure.  You’d both head down to the “good Blockbuster” you know the one that always kept their movies in stock.  Both of your assignments were to find 1 movie each and you definitely didn’t want to be the one that picked out a sucky movie.  It was a real guessing game.  Now you can pull up trailers and reviews on your phone.  Back then we were going into movie situations on recommendations and blind faith.

Being in Someone’s Top 8 Meant Everything

There was nothing more telling about your status in someone else’s life than seeing where you were in their Top 8.  If they deleted Tom and had you in the top spot, you were priority number one.  2-5, you were someone special.  5-8, you were someone cool.  However, if you were no where in sight, then that’s when the arguments began.  Myspace’s Top 8 led to more breakups than cheating back in the early 2000’s.

Keeping Your Cell in Your Pocket the Whole Date

Did you know these days there are games folks play when eating out, where you put your cellphone on the table and the first one to reach for theirs has to pay the bill.  We have gotten so addicted to phones that we have to think of clever ways to stay off them.  Now imagine never even having a thought to check your phone.  The only thing we had on our early phones were basic games like snake.  There was no checking DMs, fantasy football updates or snapping pics of your food. Yea we didn’t have to “check-in” at places or create Insta-stories to let everyone know we were having a good time.  We just had a good time.

There Were a Lot More Physical Photos

Remember when someone wanted to show you pics of their kids or family they’d pull out a wallet and break out physical photos.  What about putting photos on the odometer dash in your car of that special someone you dated.  Perhaps you kept a photo on your fridge.  Either way, nowadays when you want to show photos we immediately just break out our phones.  But nothing beats having physical photos.  Unless it’s when you bring someone over to meet your parents and your mom breaks out the photo album with all of your embarrassing childhood photos.

Giving Your Crush a Dedicated Ringtone

Who remembers those old Jamster commercials where you can download ringtones? It was a big businesses.  But more importantly it was a such a 2000’s thing to do.  Your crushes “Peaches and Cream” ringtone helped to differentiate from your normal Mims “This is Why I’m Hot” ringtone. Whenever you heard your crush’s ringtone your whole mood changed and you made sure the call never went to your pre-recorded voicemail.

Those Late Night Convos on AIM

Remember the excitement you got when your crush signed onto aim and you heard the door creaking open sound effect? You’d send the  “Hey WYD?” IM at 6 pm and the next thing you knew it was 3 am.  AIM was a wormhole that would suck you in like a casino gambling floor if you weren’t careful.  It’s how most of us learned how to type fast and eased our way into the social media age.  If you really liked someone you’d have them separate from your normal buddy list.

Listen To This Theory of Why 99% Of Guys Don’t Approach Women!
28 Women Talk About The Best Date They Ever Been On