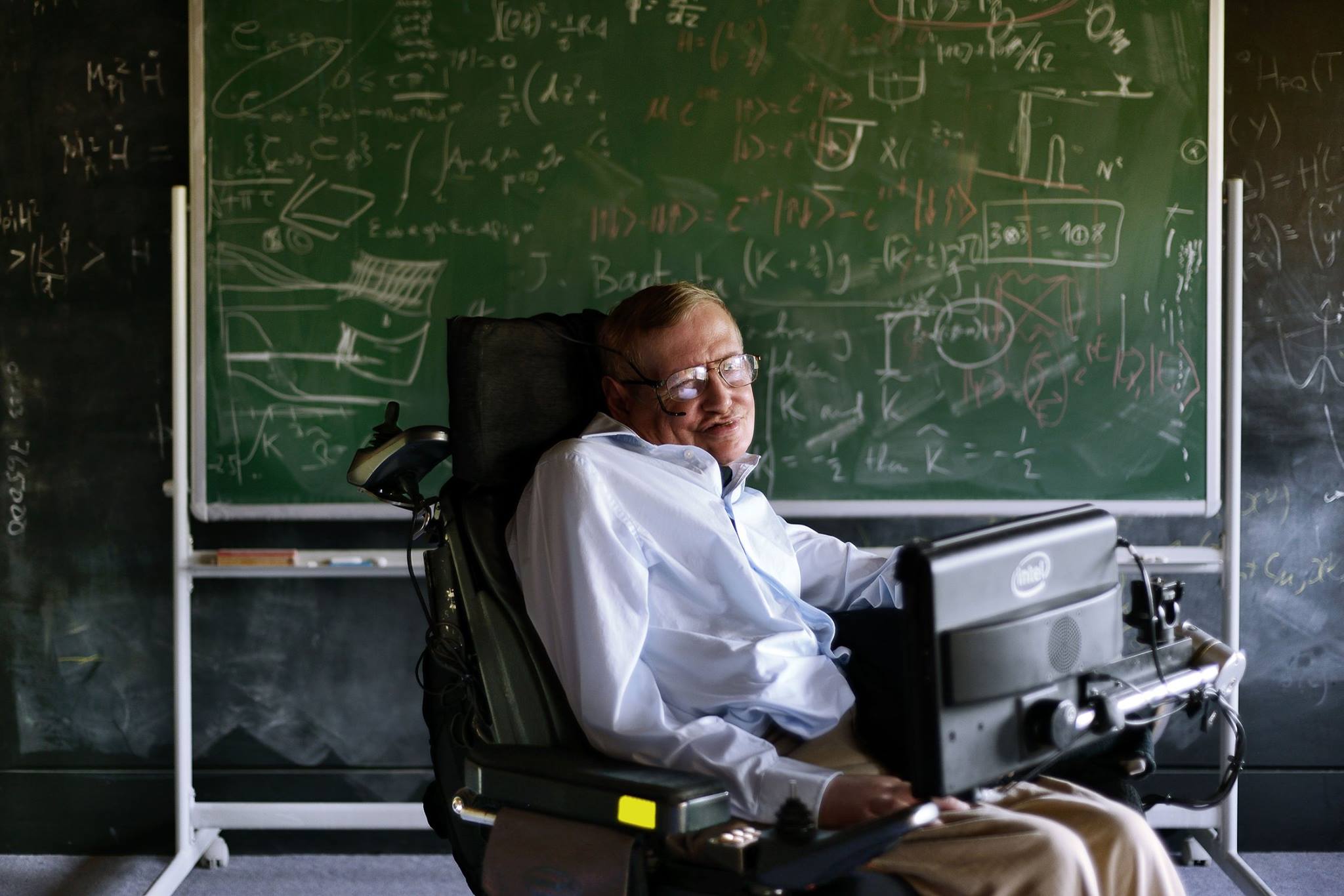 Considered our generation’s Einstein, Stephen Hawking was arguably the smartest man living.  Fixated with space and the cosmos, his thought process was a lot broader than most and he challenged conventional thinking.  He didn’t just question science, he always questioned religion and everyday human habits.  Every so often Stephen Hawking would drop a quote that would make us really stop and think.   Sifting through the plethora of quotes, we gathered 14 Stephen Hawking quotes that will change the way you look at life.

1) “Intelligence is the ability to adapt to change”

2) “While physics and mathematics may tell us how the universe began, they are not much use in predicting human behavior because there are far too many equations to solve. I’m no better than anyone else at understanding what makes people tick, particularly women.”

3) “Look up at the stars and not down at your feet. Try to make sense of what you see, and wonder about what makes the universe exist.”

4) “People won’t have time for you if you are always angry or complaining.”

5) “I believe everyone should have a broad picture of how the universe operates and our place in it. It is a basic human desire. And it also puts our worries in perspective.”

6) “I believe alien life is quite common in the universe, although intelligent life is less so. Some say it has yet to appear on planet Earth.”

7) “We are just an advanced breed of monkeys on a minor planet of a very average star. But we can understand the Universe. That makes us something very special.”

8) “I think computer viruses should count as life. I think it says something about human nature that the only form of life we have created so far is purely destructive. We’ve created life in our own image.”

9)”Work gives you meaning and purpose and life is empty without it.”

10) “If aliens visit us, the outcome would be much as when Columbus landed in America, which didn’t turn out well for the Native Americans”

11) “I think the brain is essentially a computer and consciousness is like a computer program. It will cease to run when the computer is turned off.”

13) “We are in danger of destroying ourselves by our greed and stupidity. We cannot remain looking inwards at ourselves on a small and increasingly polluted and overcrowded planet.”

14) “A few years ago, the city council of Monza, Italy, barred pet owners from keeping goldfish in curved bowls… saying that it is cruel to keep a fish in a bowl with curved sides because, gazing out, the fish would have a distorted view of reality. But how do we know we have the true, undistorted picture of reality? “

8 Simple Dollar Store Life Hacks That Will Save You Extra Money!
Madison Square Garden Has Been Secretly Using Face Recognition Tech: Could The Wells Fargo Center Be Next?