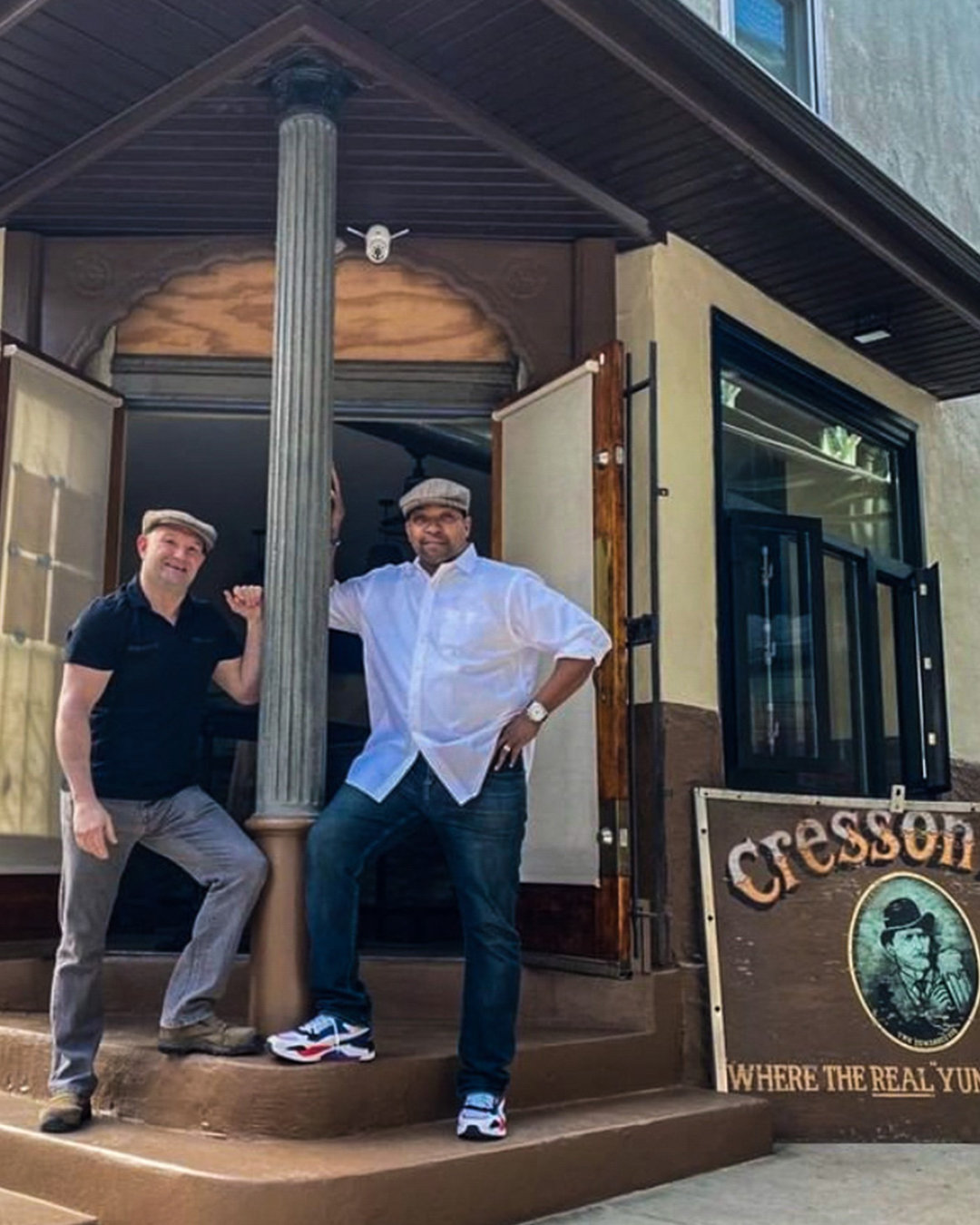 111-Year-Old Manayunk Bar The Cresson Inn, is Reopening This Thursday

During Prohibition, The Cresson Inn at 114 Gay Street in Manayunk went from an inn to a shoe store with a bustling speakeasy in the basement. It would eventually turn into a beauty parlor, then a billiard hall, and eventually a bar in 1972, when the Sanders’ family officially took over the building.

On Thursday, March 17th, St. Patrick’s Day, the building which just turned 111 years-old, is set to reopen as The Cresson Inn — a new and improved ‘corner bar’ following an acquisition, a complete renovation of the space, and delicious new food and drink options.

Childhood friends Tracy Hardy and Nate Sanders decided to join forces to bring “The Original Yunkers” Bar back to life. Both Hardy and Sanders were born and raised in Manayunk and met while attending kindergarten at James Dobson Elementary. The Cresson Inn quickly became their second home once they turned 21. It was a spot to drink, eat, and build connections.

The bar has been in the Sanders family for half a century. Nate’s grandparents – Chuck Otis and Lucy Sanders founded the joint, which sits underneath the train trestle at the corner of Gay and Cresson Streets, and would eventually sell to Nate’s aunt and uncle, Dan and Shirley Sanders in 1981. After remaining in the family for the past 50 years, the Sanders sold the establishment to Tracy Hardy and his wife Jennifer Gomez-Hardy, who also own The New Lou & Choo’s Lounge in the city’s Hunting Park neighborhood.

“I learned in elementary school that Manayunk is a Leni Lenape term that translates to ‘a place to drink,’ and The Cresson Inn has been as popular an industry destination as you’ll find in the city,” said Nate Sanders. “It has been a legendary ‘shot-and-a-beer’ workingman’s corner bar for decades, and we’re really proud to relaunch the business on St. Patrick’s Day.”

Nate has worked at The Cresson Inn on-and-off for roughly 26 years as a manager and bartender, and now the Hardys have stepped in to rekindle its flame. Sanders has been in the bar business his entire life, working every position in the restaurant world since 1990.

“I’m really excited to be working with Nate, whom I’ve known my entire life,” said Hardy. “He’s an excellent collaborator, a better friend, and the guy you want in-house to help manage and run a bar. I can’t wait to get the doors open and serve our community in a place I’ve been hanging around for much of my life.”

The menu will be tight, and will include a Cod Sandwich on brioche with French fries ($15); Wing Dings with five different sauce options ($12-$13); The Philly Anthem – a hot sausage topped with seared ribeye, peppers, onions, and cheese served on a pretzel roll ($15); The Chicken-Nut – fried chicken breast with sweet chili or hot honey sauce served on a glazed donut ($15); Seafood Stuffed Grilled Cheese with salmon, shrimp, and crabmeat ($20); A Grilled Ruben loaded with corned beef, slaw, and Swiss cheese on rye ($17); a Beyond Burger ($16); A Herman Special – plain grilled cheese on white bread ($5); and a wide variety of sides. There will be weekend brunch, eight local craft beers on tap, and a specialty cocktail menu featuring what Sanders calls a ‘Manayunk Mimosa’ — sparkling wine and Mad Dog 2020 Orange Jubilee, which will only be available on Sundays, along with a few other surprises.

The City Will Place a Permanent Harriet Tubman Statue in Front of City Hall
Bistro Romano is Hosting a Passport Wine Tasting With 30 Wines From Around the World and Live Music
To Top
Get the Coolest Philly Events & News Emailed to you Every Week!