The 100 Biggest Losers in the Instagram Purge - Wooder Ice 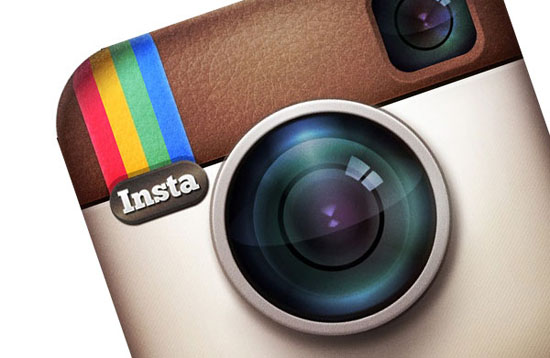 Unless you’re completely off the social media grid then you have heard about the Instagram purge.  In a notification sent to all users, Instagram stated they would be cleaning up spam and ghost accounts.  If you’re not familiar with the term ghost accounts, essentially users in the past used different tactics to buy users and manipulate their the number of followers.  Celebrities, models, and other social media figures often times inflate their follower total in attempt to cash in on perks such as promotional posts and bookings.

Since the purge data has been released of the accounts that were affected the most by the purge.  Below is a charge showing the accounts with the largest losses on Instagram.  Check it out. 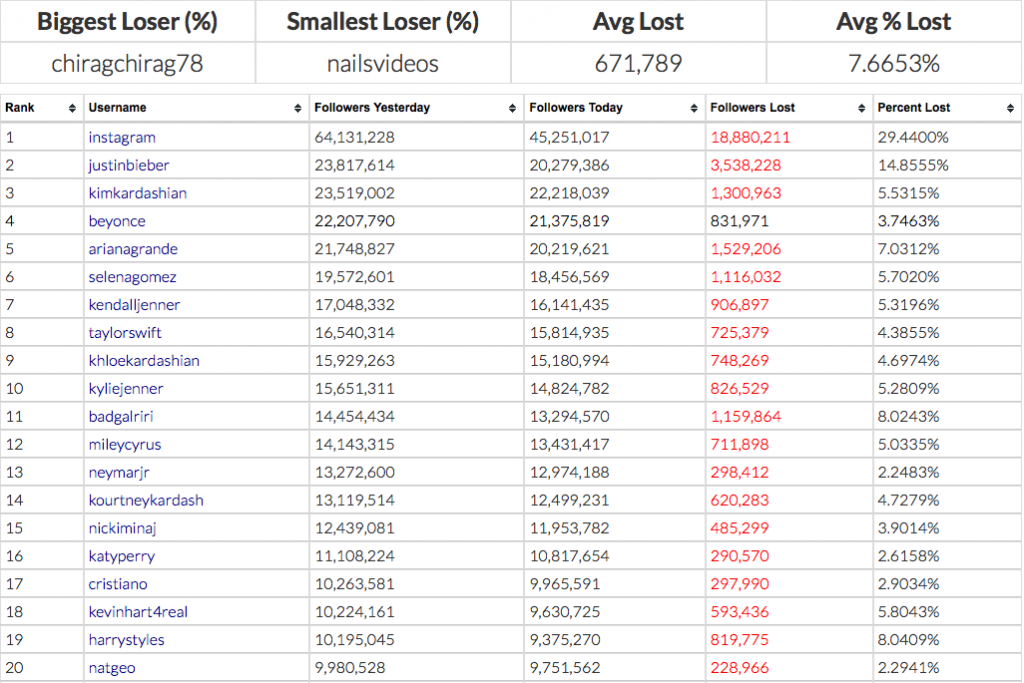 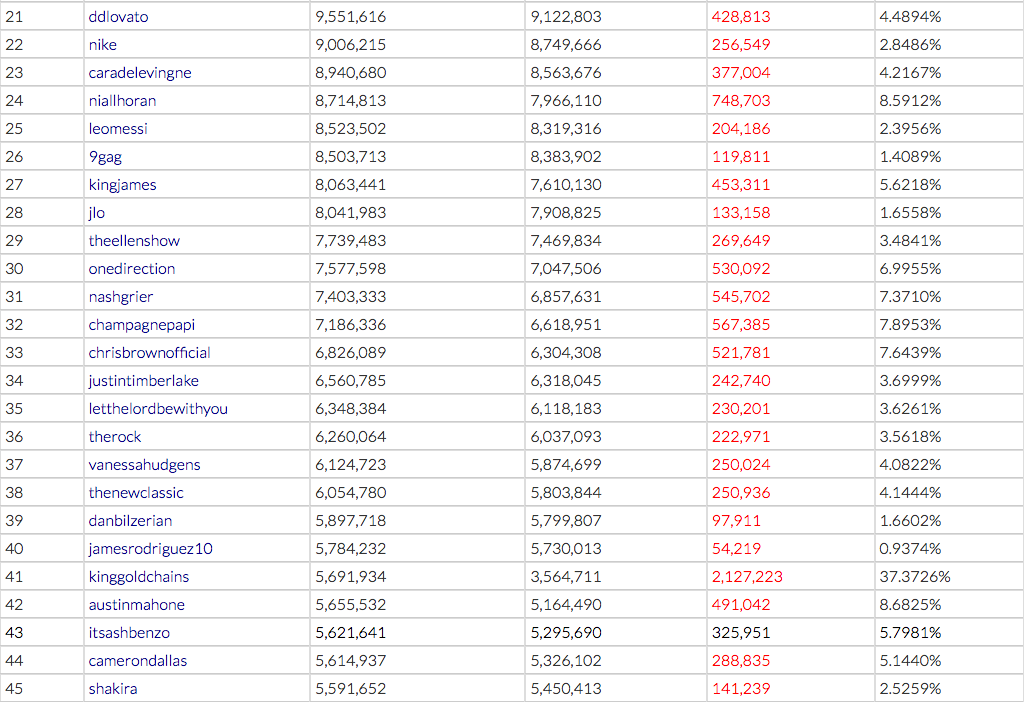 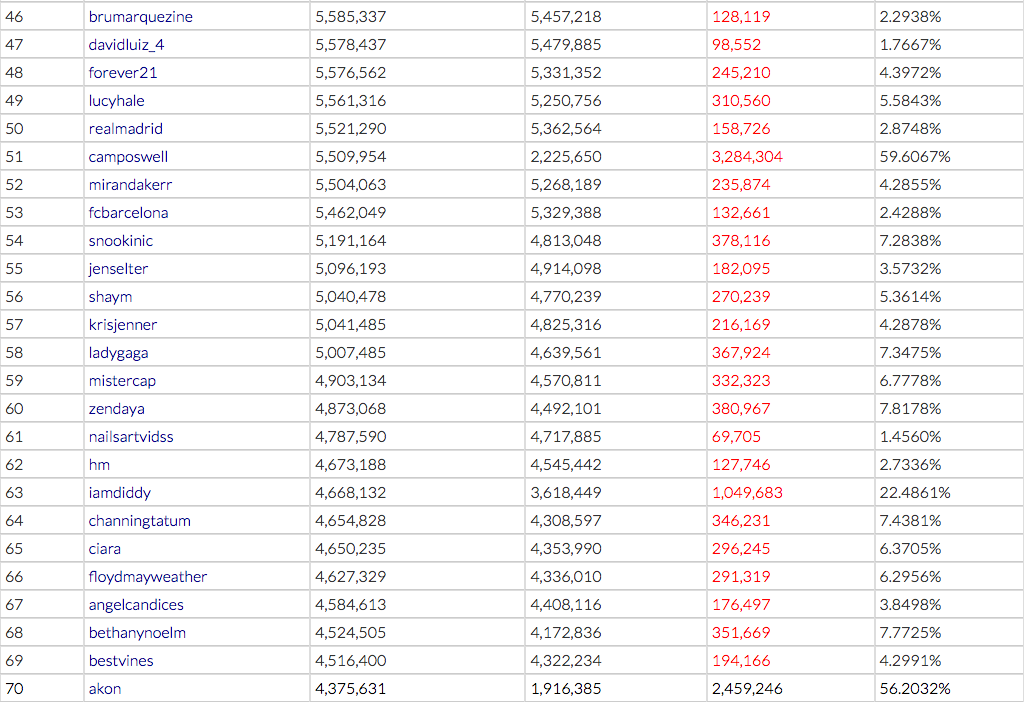 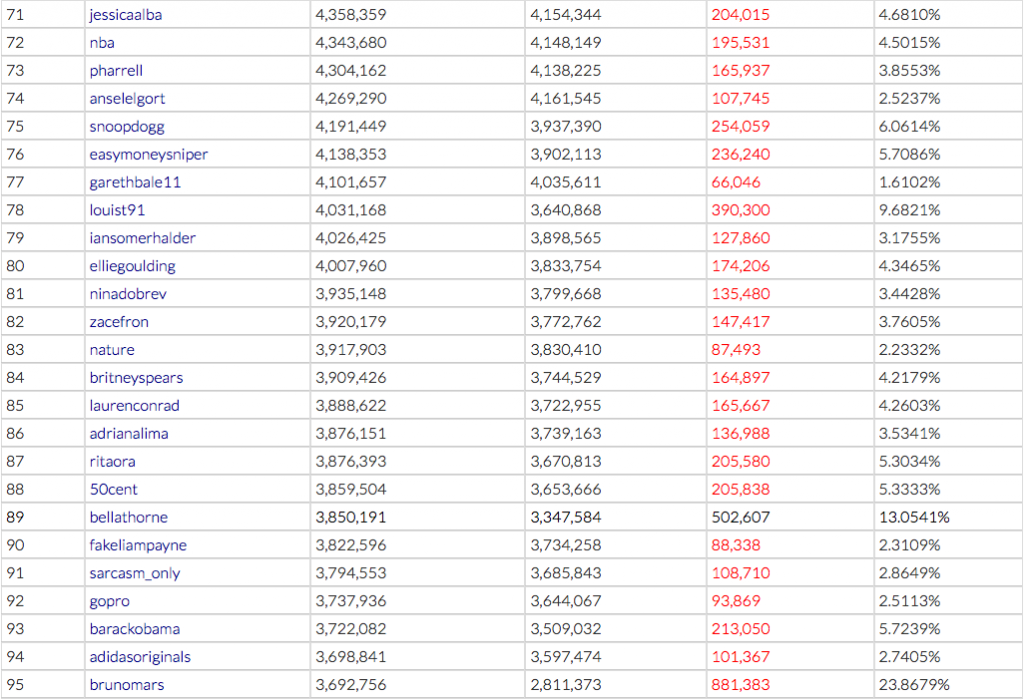 HBO Will Re-Realease The Wire in HD Starting Dec. 26th
Check Out The Popular Movie A Christmas Story In 8 Bit