Your Complete Guide to the 2019 Philadelphia Film Festival - Wooder Ice 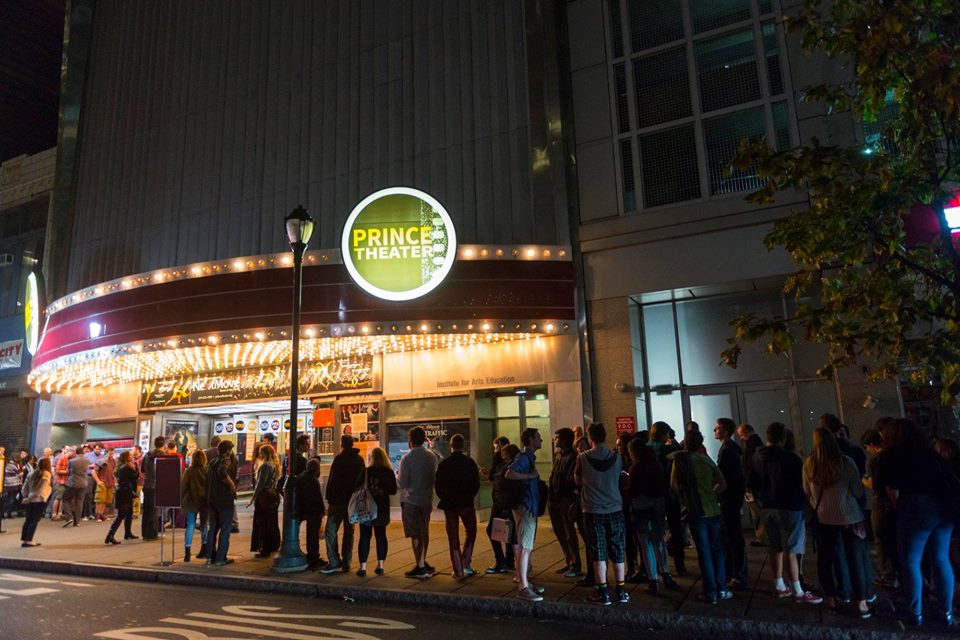 Your Complete Guide to the 2019 Philadelphia Film Festival

Your Complete Guide to the 2019 Philadelphia Film Festival

This year’s line-up features a multitude of remarkable films from a wide range of genres. Select Festival categories will commence with an opening night film premiere.

The opening night for the Galas category will be Destin Daniel Cretton’s JUST MERCY on October 17. The powerful and inspirational film tells the story of social justice lawyer Bryan Stevenson, played by acclaimed actor Michael B. Jordan of FRUITVALE STATION, CREED, and BLACK PANTHER fame, who stars with Academy Award® winners Jamie Foxx (RAY) and Brie Larson (ROOM). Bryan Stevenson, who authored the book on which the film is based, screenwriter Andrew Lanham, and star Karan Kendrick (THE HUNGER GAMES, HIDDEN FIGURES, THE HATE U GIVE) are scheduled to attend.

Additional Opening Night titles include PARASITE, opening Masters of Cinema; CUNNINGHAM, opening Spotlights; COME AS YOU ARE, opening Made in USA; BIKRAM: YOGI, GURU, opening Non/Fiction; and THE LODGE opening After Hours.

The outlandish mystery film KNIVES OUT will serve as the closing night on October 26. The film, which follows an eccentric family gathering gone horribly awry, features an all-star cast, including Daniel Craig, Chris Evans, Ana de Armas, Michael Shannon, and Jamie Lee Curtis. Director Rian Johnson, best known for the revitalization of the STAR WARS saga, BRICK, THE BROTHERS BLOOM, and LOOPER, is scheduled to attend.

The Festival will showcase 120 feature length and short films. The Festival line-up is curated by the PFF programming committee who carefully selects each film from multiple international festivals throughout the year. This year’s line-up introduces the new category, Visions of China, and welcomes the return of State of the Union. These categories expand upon the Festival’s goal of presenting films that are both timely and thought provoking in their relevance.

To emphasize the Philadelphia Film Society’s ongoing commitment to film in Greater Philadelphia, this year’s line-up includes an expanded Filmadelphia category, featuring brilliant films from the region’s most captivating filmmakers. Included is the groundbreaking film CLEMENCY, which made history at this year’s Sundance Film Festival when Director Chinonye Chukwu became the first black women to win the festival’s biggest honor, the Grand Jury Prize.

The category also features the World Premieres of Kyle Thrash’s MAYBE NEXT YEAR, a documentary on the Philadelphia Eagles historic Super Bowl-winning season, and Brandon Eric Kamin’s THE NOMADS, a narrative film inspired by the North Philly Nomads high school rugby team that overcame adversity to take the rugby world by storm.

Screenings for the 28th Philadelphia Film Festival will take place at the below theaters:

Tickets may be purchased through the Festival website, www.filmadelphia.org/festival, in-person at the main Box Office at the Philadelphia Film Center, or over the phone at 215-422-4588 (Monday – Saturday from 12:00 pm to 5:00 pm).

Masters of Cinema: The latest films by a new generation of acclaimed auteurs and established directors who continue to reshape the cinematic landscape.

Spotlights: This year’s highly anticipated titles featuring some of the biggest names in front of and behind the camera.

World View: Works that demonstrate the diversity and vitality of contemporary international cinema from some of the globe’s most exciting filmmakers.

Cinema de France: Sharing a language with some of cinema’s most revered classics and legendary auteurs, these new films have that certain je ne sais quoi.

Visions of China: These films capture the complexity and dynamism of the world’s fastest growing and most populous country and its citizens.

Made in USA (Part of PFS on Us free ticketing program): Lo-fi gems and new indie classics that offer a fresh perspective on today’s America.

Non/Fiction (Part of PFS on Us free ticketing program): Compelling and provocative, these contemporary docs encourage viewers to see the world through a different lens.

Filmadelphia: Showcasing the most dynamic and talented voices from the greater Philadelphia area.

State of the Union: Stories of some of the most significant figures and events in American politics and diplomacy, which continue to shape the future of the nation’s democracy.

After Hours: Bringing together the odd, eerie, thrilling, and downright weird, this is the home of cult classics in the making.

From the Vaults: Film classics come alive as they were meant to be seen – on the big screen!

What You Need to Know About Philly’s First Micro Hotel “Pod Philly Hotel” Opening in Center City!
Here’s What You Can Expect This Winter at Dilworth Park!