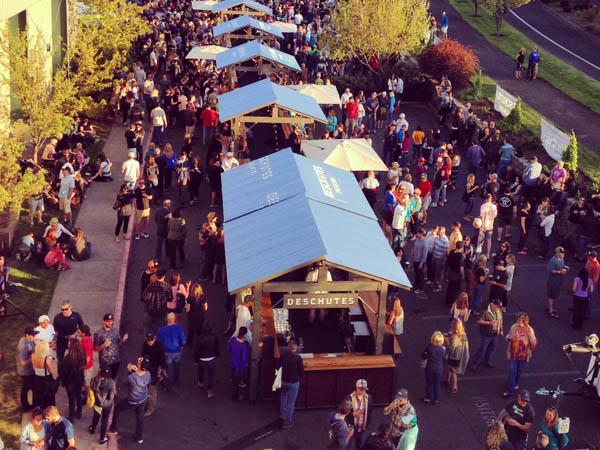 For one night in Philly an out-of-state brewery will outshine all Philly area breweries with what is being billed as the world’s largest pop-up beer garden.  Deschutes Brewery which is based in Bend, Oregon has organized a national tour featuring 40 taps of their finest beer.

This national tour will be making its East Coast debut at South Street’s Headhouse Square Saturday, May 30th from noon to 10 pm.  The Deschutes’ pop-up beer garden which is by no accident takes place during Philly Beer Week will also feature food from several local eateries including Mom Mom’s Polish Food Cart, Lo Spiedo and Alla Spina.

As part as Deschutes’ 40 plus beers that will be served from their cusom made 402 ft. bar, guests will be able to enjoy such flavors as seasonal summer styles as well as heavier stout beers and pretty much everything in-between.  If you’re a beer snob like myself this is a can’t miss event.  The best part about this event is that 100% of the proceeds will go towards charity.  The charity of choice for Philly’s stop along the tour will be The Vetri Foundation which assists youth with understanding the benefit of eating healthy.