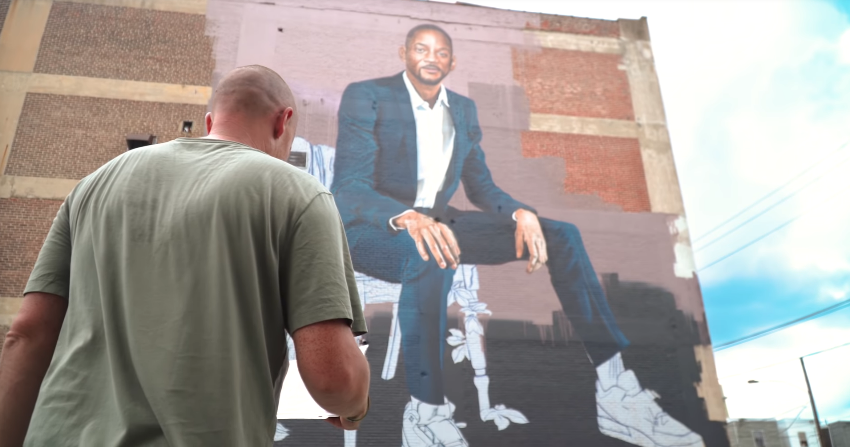 The undisputed King of Philly, Will Smith finally got his just due the Philly way, which is with a mural of course.  The 60 ft mural which is located at 4545 Girard Ave. across from the Global Leadership Academy Charter School was done by artist Richard Wilson.  In the above video, Will recalls being inspired and in awe of the iconic Dr. J mural and was touched beyond words when he received the news of his own mural. “The idea that there would be a mural of me on the side of a school in West Philadelphia just wrecked me,” Will Smith stated. “To see my mother’s face when she looked at the mural, that was profoundly moving for me.” Check out the recap of the unveiling of the mural and support Will’s fundraiser for the Global Leadership Academy by purchasing mural merch here.