Why This Year's Hair O' The Dog Will Be The Biggest One Yet! - Wooder Ice 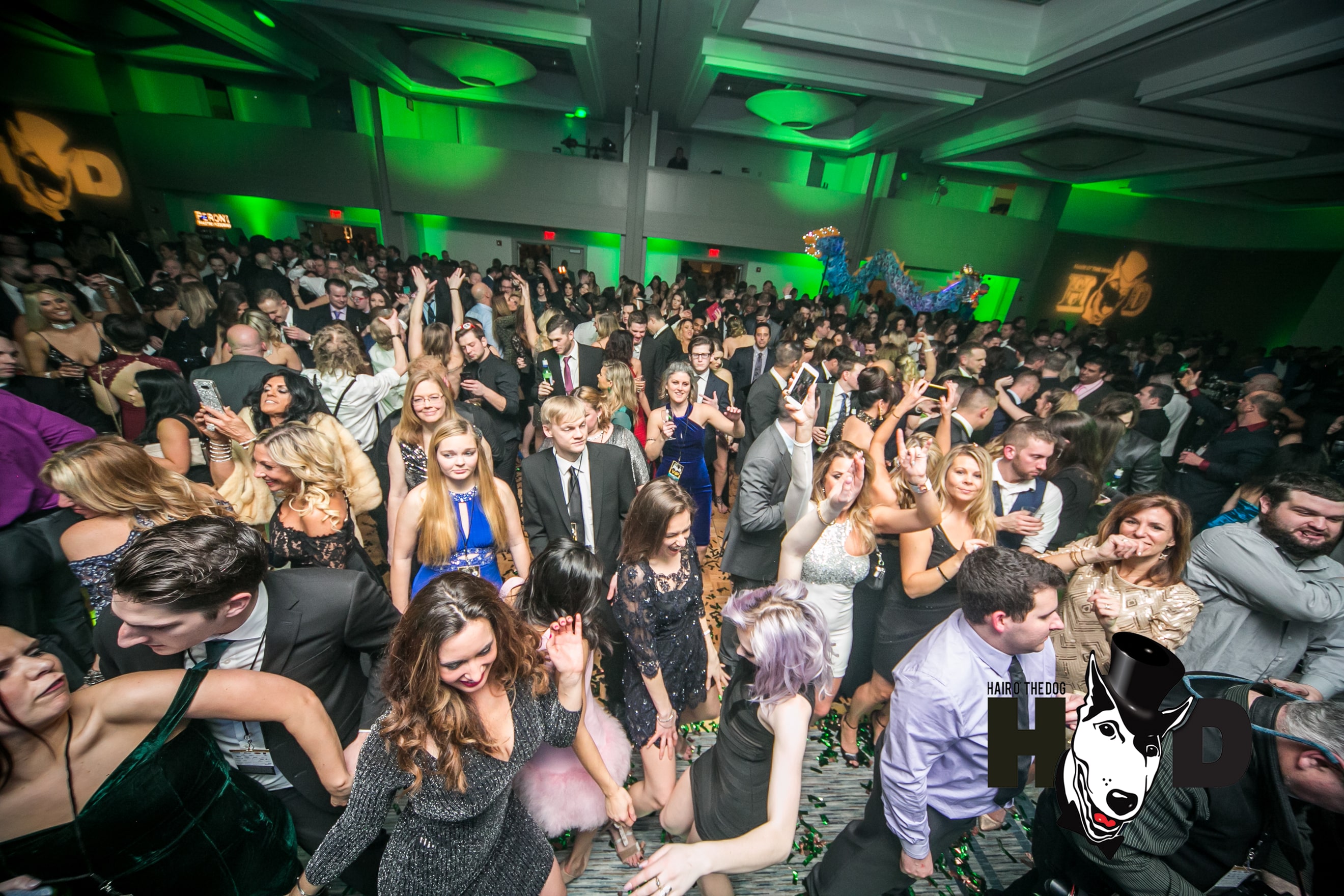 Why This Year’s Hair O’ The Dog Will Be The Biggest One Yet!

Why This Year’s Hair O’ The Dog Will Be The Biggest One Yet!

New Year’s Eve is right around the corner, which means only one thing.  Hair O’ The Dog takes place soon after!  On January 19th, Hair O’ The Dog 2019 will go down at The Crystal Tea Room.  Each year hundreds of folks from around the region flock to this event with their best threads, all for a great cause.  Over the years this event has grown into a Philadelphia nightlife staple and this year’s Hair O’ The Dog looks to be the biggest one yet, here’s why….

It’s Been Voted “The Best Event in Philly” and it Gets Better Every Year! 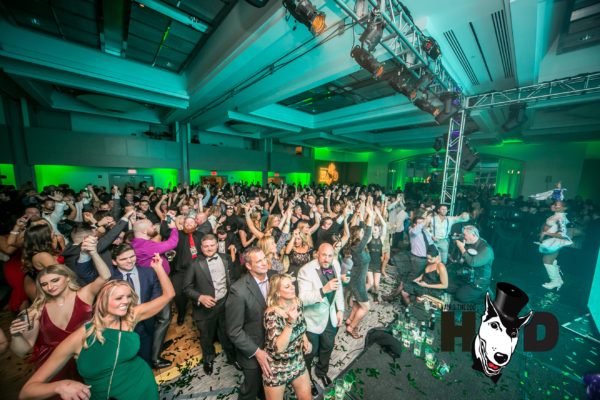 The venues get more grand and the the headliners get even bigger! Last year you may remember Hair O’ The Dog being held at the Hilton on Delaware Ave. and featured EDM sensation Cash Cash.  The place was electric.  There were Chinese dragons, two rooms for entertainment, auctions, photo booths and more.  It was a blast engaging with all the activities.  This year will be even more insane, as Hair O’ The Dog moves to The Crystal Tea Room.  Known for its lavish ballrooms and iconic location, it’s sure to be a treat!

T-Pain and Party Favor are Headlining! 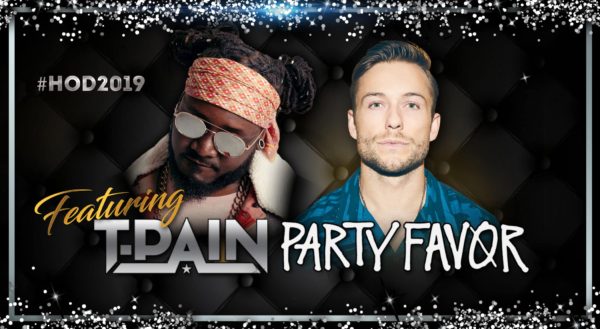 Hello? A T-Pain concert in itself is a spacial night.  Add in Party Favor, Philly’s hottest movers and shakers, open bar, and food and that special night turns unforgettable. T-Pain is coming with classic party hits.  Party Favor who is signed to Mad Decent is coming with his own set of hits to make sure the crowd never stops dancing.  It’s like the ultimate 1-2 party punch! 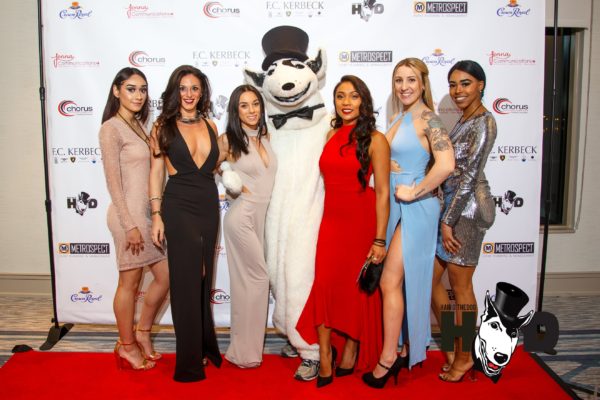 That’s right one guy and one gal will be crowned “Best Dressed” at the 2019 Hair O’ The Dog.  Nicknamed “The Adult Prom,” attendees already come dressed to the nines but this is even more incentive to bring your A game! That’s right, so if you haven’t picked an outfit out yet, make sure you come dressed to slay. 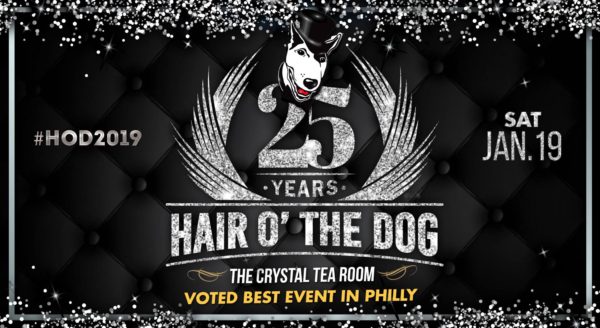 For 25 years, Hair O’ The Dog has been gathering Philly’s hottest partygoers under one roof for a great cause.  This fundraiser event, has become the event for folks to kick-off the new year.  This year’s event will benefit the Morris Animal Refuge. What better way to start off each year than a massive party with some of the best looking folks in the city? As the 25th Anniversary, this year is sure to bring out the most memorable guests over the years.  So this is one party you won’t want to miss!

After the Party, It’s The After Party! 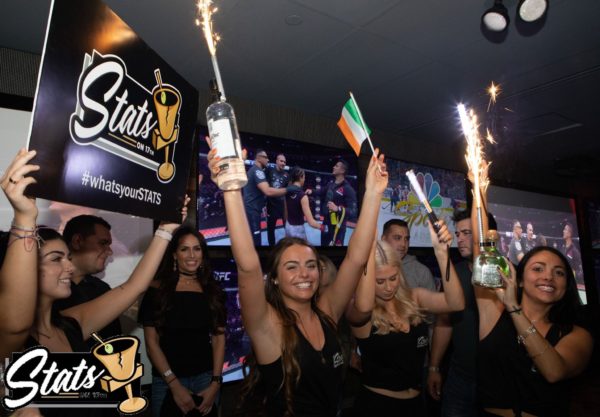 That’s right the party don’t stop at the Crystal Tea Room because we’re headed to Stats on 17th for the official after party of Hair O’ The Dog!  You’ll be glad to know that After Party Admission is COMPLIMENTARY to all VIP/ALL ACCESS/ BOTTLE SERVICE Attendees.  Reduced Admission for Party Pooches. Space is limited and is on a first-come, first served basis. Party Bus Shuttles will provide complimentary transportation to Stats on 17th from the Crystal Tea Room beginning at 12:30 am! So there’s no excuse not to make this the best Hair O’ The Dog ever!

Local Bakery is Hosting a Champagne Bread Party This NYE!
HODTV Takes Over Stats on 17th to Find 2 Lucky Winners!