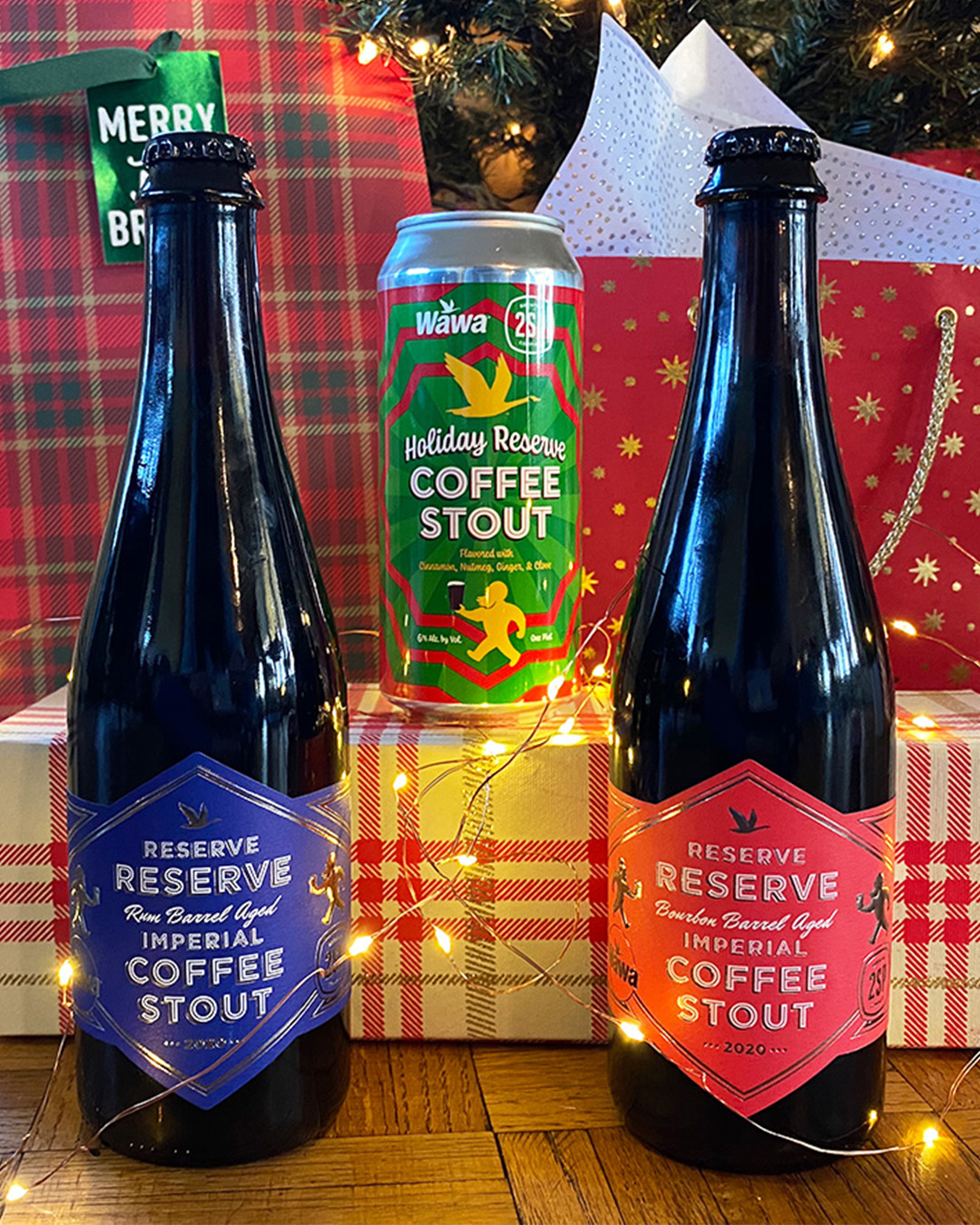 Back by popular demand is Reserve Reserve Bourbon Barrel Aged Imperial Coffee Stout, a bold imperial coffee stout made with Wawa’s coveted Winter Reserve Coffee blend and carefully aged for 7 months in bourbon barrels. Available for the first time and in highly limited quantities, Reserve Reserve Rum Barrel Aged Imperial Coffee Stout, is aged for 7 months in Jamaican Rum barrels and is sure to please!

“It’s our third year partnering with our friends and neighbors at 2SP Brewing Company and we couldn’t be more excited to provide our hometown with these seasonally-inspired beers,” said Mike Sherlock, Chief Product Marketing Officer. “Although we can’t celebrate in person, we hope these beers bring our community together and provide enjoyment over the holiday season.”

“The oatmeal stout has a balanced sweetness that showcases the full range of flavors from the Wawa Reserve Blend with an added velvety mouthfeel,” said Bob Barrar, Head Brewer.

Joe’s Steaks Closes Both Locations Due to Staff Testing Positive for COVID-19!
Nannie Francos Pizza is Giving Away Pizzas to Families in Need No Questions Asked