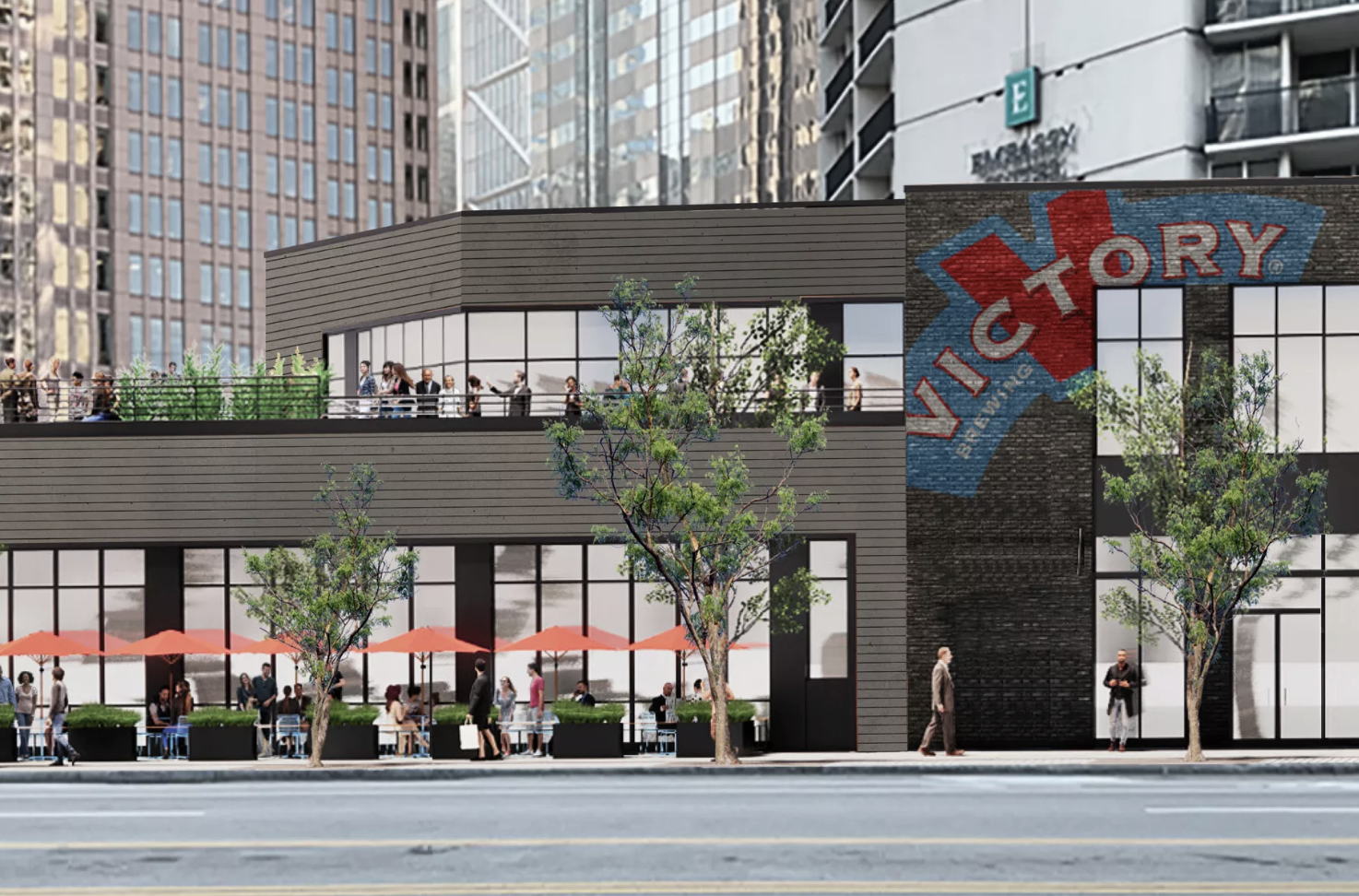 Victory Brewing Co. Is Opening a 3-Bar Brewery With an Outdoor Deck in Logan Square!

Victory Brewing Co. Is Opening a 3-Bar Brewery With an Outdoor Deck in Logan Square!

Looks like Victory Brewing Co. wants in on all the fun the city folks are having.  The Downingtown-based brewery will be making a big splash in Philly as it plans to open a brewery in Logan Square that will feature 3 bars and an outdoor deck to soak in the sweeping views.

The new brewery will feature a production brewing system as well as two indoor bars.  As far as food goes, Victor plans to have a fully operating kitchen to compliment its brews.  The outdoor deck will feature an additional bar and seating and offer awesome views of the parkway.

In case you were wondering from the rendering, yes the popular hang out spot T.G.I Fridays will be closing to make way for the new brewery.

The Magic Gardens is Hosting a BYOB Event “October Twilight in The Gardens” with Live Entertainment!
Naked Networking Event Series is a Make-up Free Zone Where Women Connect and Support one Another!