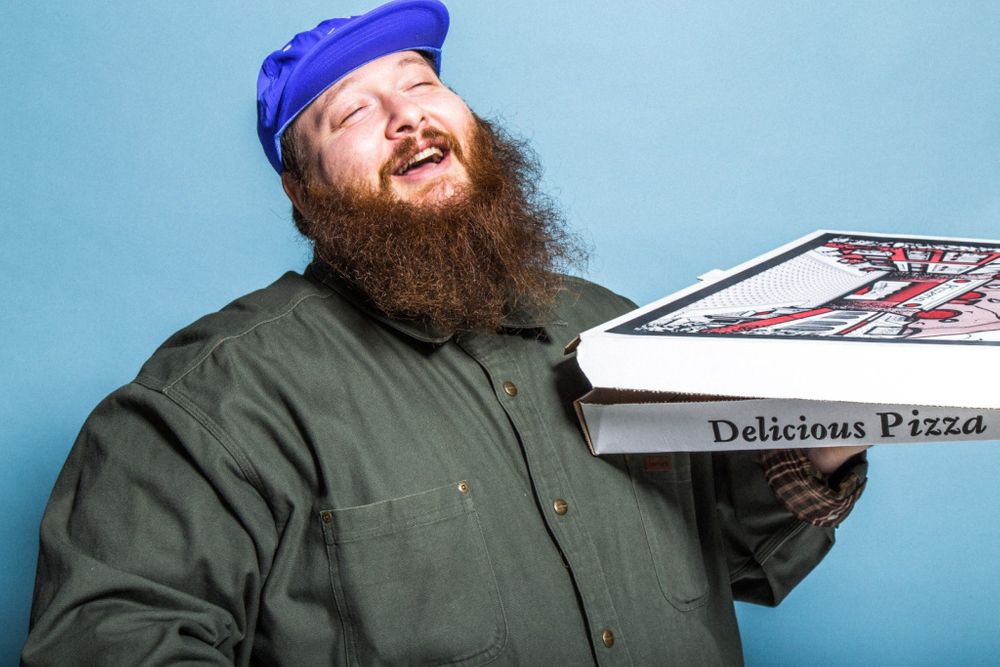 Former chef turned MC Action Bronson is no stranger to great food.  In fact he loves food so much he often incorporates them into his rhymes and even goes by the moniker Mr. Baklava.  He even uses food in some of his live shows. In a past performance at the TLA Action Bronson and his team threw cheesesteaks into the crowd.  Yes, cheesesteaks.  Action eventually learned to turn his passion for food into great content.  Back in 2016 he premiered his off-color food series “F*ck That’s Delicious” on VICE TV.  In a episode scheduled to air June 29th, Action Bronson and his crew come to Philly to try out some local favorites.

Action posted the promo to his social media accounts with highlights of him trying out Philly’s own Angelo’s Pizzeria, Max’s Cheesesteaks, Federal Donuts and more.

F*ck That’s Delicious has aired around the world and has featured exotic and iconic dishes in just about every corner of the globe.  So, although he may be dismissed as just a rapper turned food critic, Action Bronson’s palate is pretty refined.  However, to make the content that more enjoyable he brings his crew along to give their feedback.  Aside from food critiques you’ll hear a lot of swearing, inappropriate jokes and some great stories sprinkled in.  Below is the promo, check it out!

TONIGHT WE’RE IN ONE OF THE MOST BALLYHOOED TROPICAL OF ALL DESTINATIONS ON EARTH, PHILADELPHIA. ONE OF THE UNIVERSE’S GREATEST CREATIONS. @angelos_pizzeria_south_philly @mikesolomonov @felderpaul @suplexphiladelphia MAX’S CHEESESTEAKS AND ALL THE AMAZING SMALL BUSINESSES THAT ARE SETUP RIGHT OUTSIDE THE ESTABLISHMENT. I PERSONALLY GOT NEW SUNGLASSES AND A MUSLIM OIL AND A BOTTLE OF TIDE. #fuckthatsdelicious @meyhemlauren @alanthechemist @bigbodybesnyc 10pm on @vicetv

Caesars Palace is Giving Guests $20 to Gamble if They Wear a Mask!
Larry David Will Officially Return for Season 11 of Curb Your Enthusiasm!