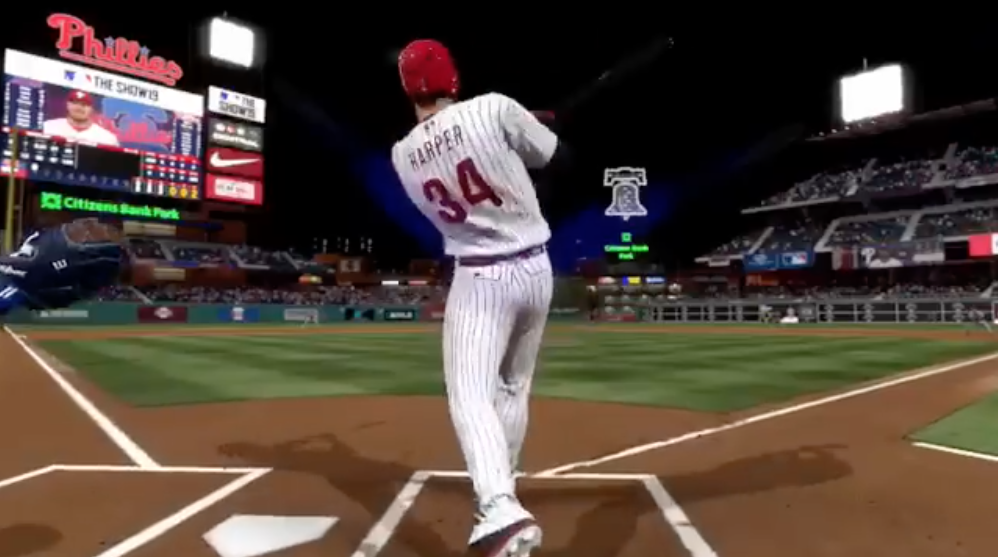 This Bryce Harper Commercial For Playstation’s The Show 19′ is The Best Thing You’ll Watch Today!

This Bryce Harper Commercial For Playstation’s The Show 19′ is The Best Thing You’ll Watch Today!

You won’t have to wait until Bryce comes to Citizens Bank Park to see him belt out homeruns. Playstation’s The Show 19′ just released a commercial and it’s realistic as hell. However, the did get is jersey number wrong.

The commercial features Bryce who is also on the cover.  In the video Bryce is talking as if in a normal interview but then it cuts away to life-like gameplay where Bryce Harper is tearing it up.  Check out the video below!

Jason Kelce Signed His Eagles Contract at the UPS Store Because He Doesn’t Own a Printer
Here’s How Bryce Harper Is Making Sixers Owner Michael Rubin Even Richer!