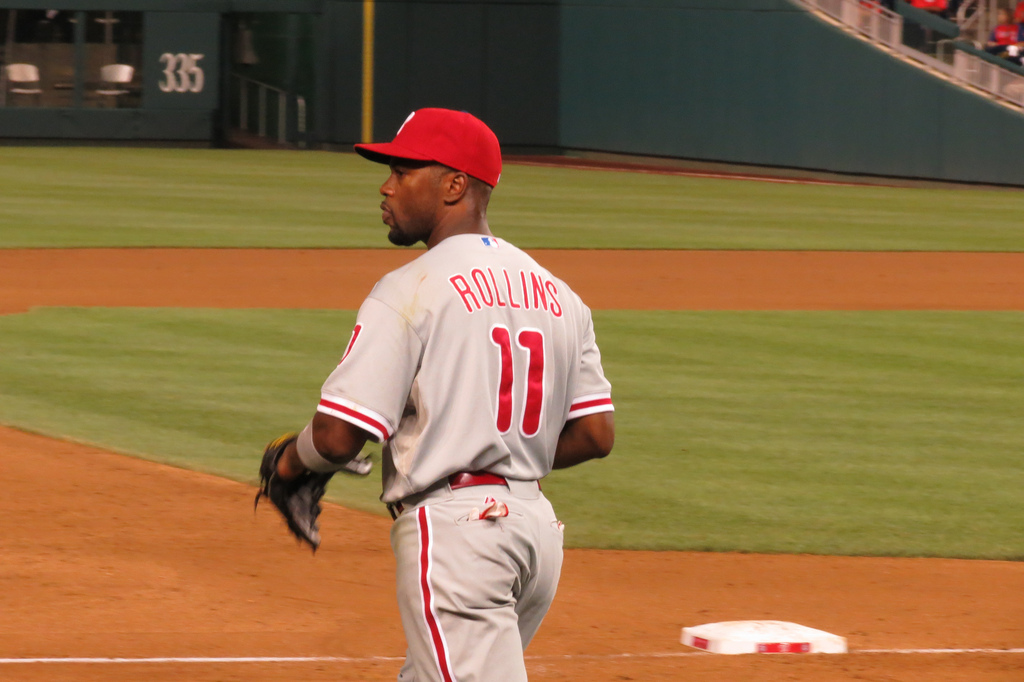 The Phillies are Bringing Back Jimmy Rollins as a Special Advisor

The Phillies are Bringing Back Jimmy Rollins as a Special Advisor

One of the most beloved Phillies of all time is making his way back home. As a key member of the 2008 World Series team, Jimmy was a hard nosed player that always told it like it was.  Now the Phillies have have hired Jimmy to play as a special advisor.

The announcement came this past Tuesday to the delight of Phillies nation.  As part of his role Jimmy will be a spring training coach, meet with suite holders, entertain sponsors, as well as be heavily involved in fan engagement and community outreach.

Phillies Executive Vice President David Buck, stated, “It goes without saying that Jimmy was a huge part of the team’s success during the five-year run of division titles and he is one of the greatest players to wear our uniform.”

To makes things even sweeter the Phillies have planned a retirement ceremony for Jimmy on May 4th prior to the game against the Nationals.  During his 15 seasons with the Phills, Jimmy won the 2007 National League MVP, was a 3 time All-Star, 4 time Gold Glove winner, Silver Slugger Award winner (2007),  Roberto Clemente Award winner (2014), NL base leader (2001), and became the franchise’s all-time leader in hits with 2,306.