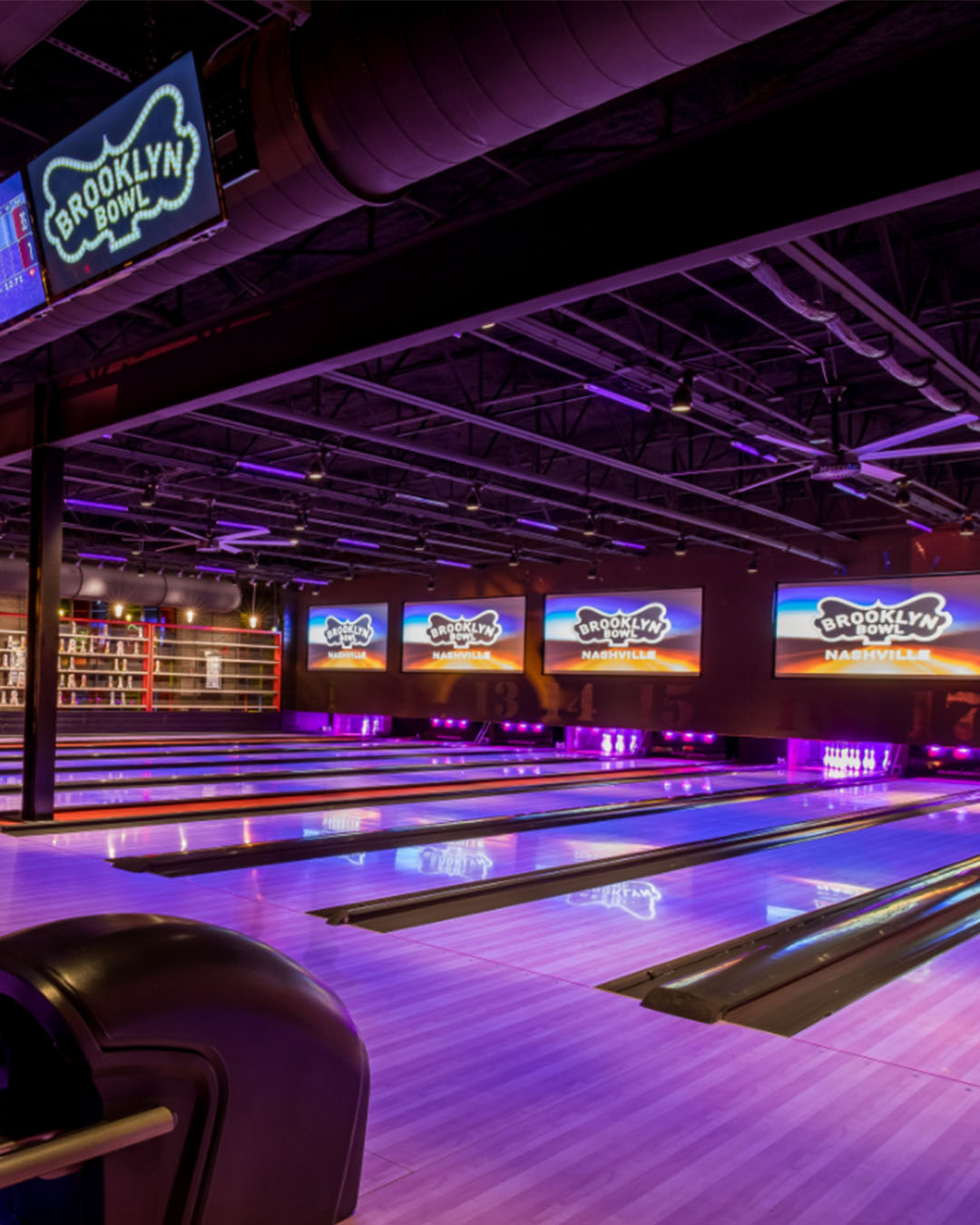 Brooklyn Bowl, the award-winning live music venue, bowling alley, and restaurant, is opening its newest location, Philadelphia, PA. “The City of Brotherly Love and Sisterly Affection” is the fourth destination for the acclaimed club, following venues in Brooklyn, Las Vegas, and most recently, Nashville. Brooklyn Bowl Philadelphia opens its doors to the public when soul-jazz trio Soulive kickstarts a three-show engagement entitled Bowlive on Thursday, November 4, complete with a LEED-certified bowling alley and food courtesy of the Blue Ribbon Restaurant Group.
Located in the Fishtown neighborhood, which has become a thriving destination for Philadelphia’s culture, food, and music, the new, 1,000-capacity venue will provide Philadelphia with a premier home for live music and the ideal destination for a great night out.

The flagship venue in Brooklyn was previously ranked the No. 1 Busiest Club in New York City and nominated for Nightclub of the Year at the 30th Annual Pollstar Awards. The Las Vegas establishment has been voted Readers’ Choice “Best Music Venue” for the last four years in a row in Las Vegas Weekly’s annual “Best of Vegas” awards. Brooklyn Bowl Nashville, which opened this past June, is already one of Music City’s go-to venues. The opening of Brooklyn Bowl Philadelphia is an exciting next step for the fast-growing and most-beloved live music venues in the nation.

“Philadelphia has given us so many of the greatest names in rock, soul, funk, jazz, and hip hop. That deep history, along with Live Nation’s success and contributions in the Fishtown neighborhood made us excited to partner with Geoff Gordon and his Live Nation team in bringing Brooklyn Bowl to Philadelphia,” says Co-Founder Peter Shapiro. “Given everything we all have been through over the last couple years, now is definitely the right time for Philly and Brooklyn to come together as one family.”

“With each Brooklyn Bowl venue, we’re excited to see our audiences take in the experience,” adds Co-Founder Charley Ryan. “Now that we can gather again, it’s particularly meaningful. With great music, bowling, bars, and food, the Bowl provides the unforgettable social connections you look for in an evening out.”

“As part of our ongoing commitment to the City of Philadelphia and the revitalization of iconic Fishtown, we are excited to partner with Peter Shapiro and bring the Brooklyn Bowl to Philadelphia,” said Geoff Gordon, Regional President, Live Nation. “The Brooklyn Bowl completes a full-campus entertainment district in Fishtown with the Fillmore, Foundry, Punch Line Philly, Philadelphia Distilling, and the new Other Half Brewery. We look forward to the great shows, artists, and performers coming to Brooklyn Bowl Philly and can’t wait for the shows to begin.”

Franklin Institute’s Science After Hours is Back With a Special Halloween Edition
Want to Get Your Pet Featured on Mural Arts’ Newest Mural at Morris Animal Refuge? Here’s How