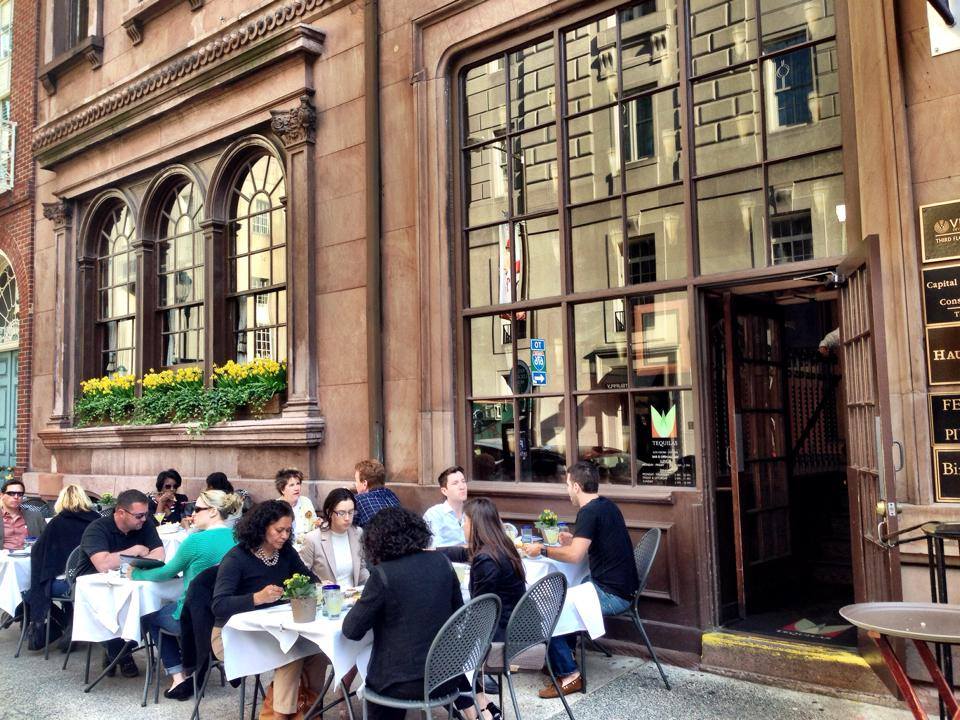 On Thursday, September 29, Tequila’s Restaurant will celebrate their 30th Anniversary. To mark the occasion, owner David Suro and his team have created a fun menu of nine Throwback Dishes culled from their opening in 1986 to today, representing fan-favorite dishes and traditional Mexican cuisine emblematic of their commitment to quality and authenticity throughout their tenure on Locust Street.

Featured dishes, available through October 1, will include:

In addition, the menu will include two classic dishes that have been on Tequila’s menu from opening day until today:

David Suro opened Tequila’s Restaurant on September 29, 1986 at 1511 Locust Street; he purchased the restaurant from the previous tenant, El Metate, where he worked as a server after emigrating from Mexico a year before. Together with his wife, Annette, who was pregnant with their first child at the time and still handles the restaurant’s accounts today, and with the help of Annette’s parents, Mary and George Cipolloni Sr., he secured financing and opened the restaurant, serving Philadelphia’s best authentic Mexican cuisine. The restaurant moved to its current location in 2001. Through the years, Tequila’s has been a standard bearer for Mexican fare in the city, and many of the restaurant’s staff members have been with Suro for 10 years or more.

Today, Suro’s son David assists him and works as the restaurant’s buyer and manager; he earned his first tip at just six years old, when the Los Angeles Dodgers baseball team visited the restaurant for dinner. The players were captivated by the small child standing on tip-toe to help clear their plates, and years later, David attended The Restaurant School to fulfill his life-long ambition of working in the restaurant alongside his father. General Manager Oscar Serrano and Operations Manager Dino Rosario have also been with Suro for more than 15 years.

Tequila’s serves more than 80 tequilas, none of which are produced using diffusers, a process that strips the agave of nearly all of its inherent character. Instead, the restaurant relies on smaller-production tequilas, including Suro’s own Siembra Spirits tequilas and mezcals, which he founded in 2005. Today, Siembra Spirits boasts 14 products, all crafted by hand using time-honored techniques eschewed by larger producers to save time. The results are nuanced, complex agave spirits that pair perfectly with the restaurant’s traditional fare; a monthly changing flight is available to allow guests to get to know Siembra’s lines. This month’s flight, “High and Low,” is fondly known at the restaurant as “the Fab Four,” and is available to pair with the 30th anniversary dishes for $16 (for four ½-oz. pours):

Monk’s Cafe Will be Serving the World’s Rarest Beer! Who Wants to Try it?
The 3rd Annual Old City Fest is Coming Up! Now You’ll Have 30 Restaurants to Choose From!