Ten Things You Didn't Know About Michael Jackson... Unless You Were Totally Obsessed - Wooder Ice 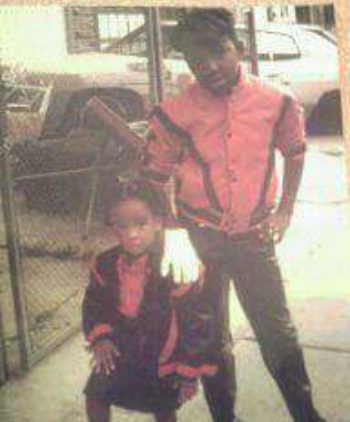 My name is Jamyra and I have a secret. I’m obsessed with Michael Jackson. Were talking full on New Kids on the Block, N’Sync, or The Backstreet Boys obsessed. So in honor of what would have been the Gloved One’s 58th birthday (Aug 29th), here are some of my favorite interesting things about him:

10.) The original title for the “Thriller” song was “Starlight”.
I don’t think the video for Starlight would have been quite as epic.

9.) Martin Scorsese directed the “Bad” video.
You know that you to have some major Hollywood swag to get the guy that made “Taxi Driver” to direct your music video.

8.)The Janet and Michael duet, “Scream” still holds the record as one of most expensive music videos ever made.
The video cost 7 million dollars to make and that was back in the 90’s. If you account for inflation, it would be over 10 million dollars today.

7.) Because he was such a big fan, Eddie Van Halen, recorded his guitar solo on ‘Beat It’ for free.
Can you imagine… “Hey, let me just call of my buddy, Eddie Van Halen and see if he wants to jam”.

6.) Jackson invented and owned the patent for the special anti-gravity boots he wore in live performances of  “Smooth Criminal” that allowed him to lean almost horizontal.
Yep, you read that right… he literally defied gravity and has the patent to prove it!!!

5.) He was given a royal title by villagers in Gabon, Ivory Coast, so he was literally a king.
When people call him the King of Pop they aren’t kidding. Bow down!!!

3.) Billie Jean was the first music video by a black artist to air on MTV.
Remember when MTV actually played music videos?

1.) His time spent in Philadelphia, basically changed his musical career!
By the end of 1975, The Jackson 5 was in a bit of a funk. Soon after that, they replaced Jermaine with Randy and went from The Jackson 5 to The Jacksons. They hooked up with songwriters/producers Kenneth Gamble and Leon Huff, the architects behind the sweet soul known as “the Sound of Philadelphia” and the co-founders of the Philadelphia International Records label. After teaming up with Gamble and Huff, they grabbed three Billboard pop-chart hits: “Enjoy Yourself” (which peaked at No. 6), “Show You the Way to Go” (No. 28) and “Goin’ Places” (No. 52).